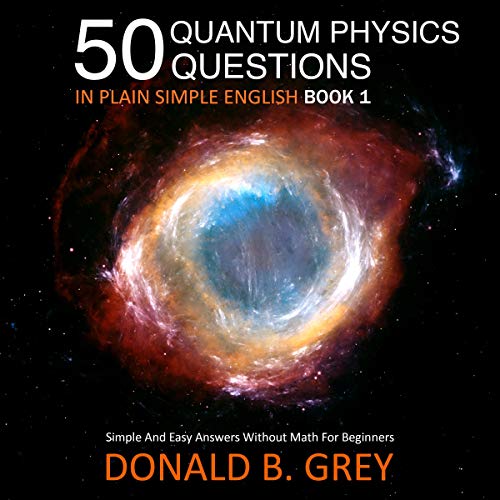 By: Donald B. Grey
Narrated by: Lizzie Richards
Try for £0.00

Are you fascinated by quantum physics and want to unlock its mysteries and complexities but are somehow intimidated by the formulas and mathematics?

Are you wishing you could share the insights and discoveries of brilliant theoretical physicists and scientists?

Are you looking for an audiobook that can reveal quantum physics in a simple, uncomplicated, and clear way that you can immediately understand?

If so, this audiobook is for you. It's in an easy and fun-to-listen-to format of 50 of the most common questions about the ever-expanding quantum world of subatomic particles and the forces that govern them.

You will quickly learn about:

If these and many other aspects of quantum physics are what you are hoping to learn without having to deal with complexities, this is the one book that you can count on to bring you up to speed, quickly and easily, on all that is going on in quantum physics.