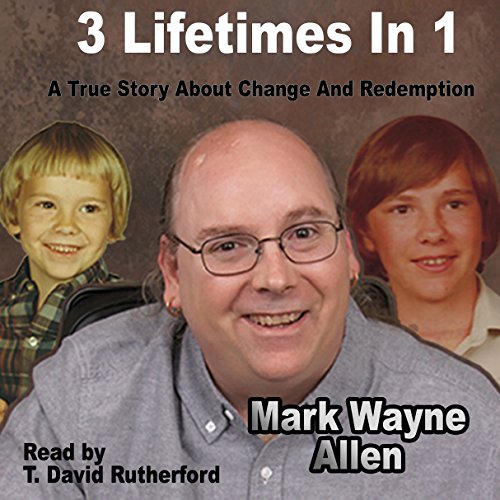 3 Lifetimes in 1: A True Story About Change and Redemption

This book is Mark Wayne Allen's memoirs about his life. Coming from a normal background of a fun-loving, active kid, he has withstood many trials of life and has had to begin his life again, not once, but twice.

A tragic car wreck would force him to leave the innocence of childhood behind at just 12 years of age. His survival was only by miracles. Physical healing would take months, but the traumatic events would force him to rethink his life.

Some years later, he would suffer a major head injury, but the loving God that had protected him with miracles through the first disaster would protect him again. See these miracles through Mark's eyes and the full revelation of his change and redemption.

"Reading it is like sitting down at the kitchen table listening to a friend who is opening up and telling you the story of this life...." ( Lake Charles American Press)

What listeners say about 3 Lifetimes in 1: A True Story About Change and Redemption