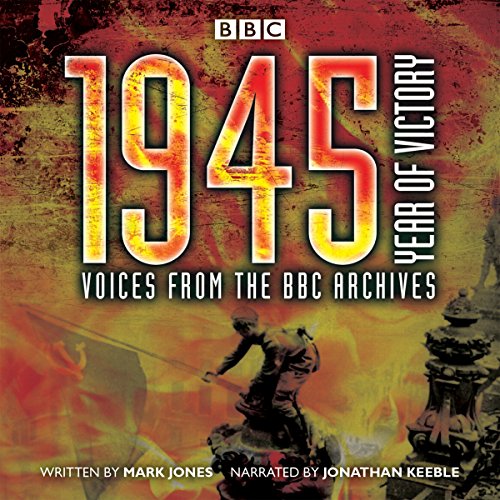 A unique collection of historic BBC archive recordings documenting the last months of the Second World War, the euphoria of the victory celebrations, and the dawning of a very different world.

In this original compilation of eyewitness accounts, BBC correspondents and official observers describe the contentious fire-bombing of Dresden in February, the liberation of Belsen in April, and the dropping of the atomic bomb in August.

At home the July election produced a shock Labour landslide, putting Churchill out of office. Those close to him, politicians and family, analyse the reasons for his defeat. Its consequences were far reaching and led ultimately to the foundation of the Welfare State.

Gradually the country returned to normal life; cricket and football matches were resumed, and cinema audiences increased as people enjoyed more leisure. At the same time, deadlock with the Soviet Union at the Potsdam conference was sowing the seeds of a new kind of conflict: ‘cold’ war.

For demobbed troops and returning POWs, there were more immediate problems: the unexpected tensions of coming home. But at least there was the consolation of the first peacetime Christmas since 1938.

What listeners say about 1945: Year of Victory