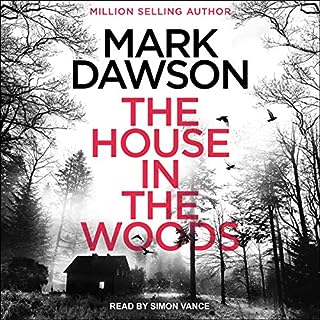 On Christmas Eve, DCI Mackenzie Jones is called to a shooting at a remote farmhouse. Ralph Mallender believes his father lies dead inside. When three more bodies are discovered, it's clear a festive family gathering has turned into a gruesome tragedy. At first it seems like an open and shut case: a murder suicide committed by Ralph's volatile brother Cameron. Then new evidence makes Mack suspect the man who reported the crime is in fact the perpetrator. But Mack isn't the only one with a stake in the case.

Saved by the narrator .

This is positive proof that employing a first rate narrator can rescue a book that is far from being anything like convincing . Without Simon Vance this would have been just another mediocre effort . 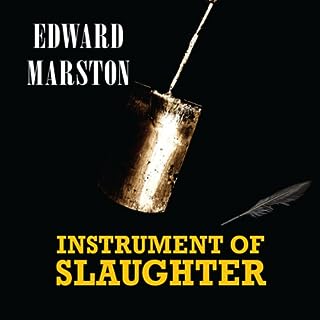 Inspector Marmion and Sergeant Keedy are assigned to the case when the body of a young conscientious objector is found bludgeoned to death. Public sympathy is lukewarm for conscientious objectors with some people even claiming that a "conchie" deserves to die if he won't fight for his King and Country. As the detectives identify one suspect, others pop up in the most unexpected places. Everyone speaks well of Ablatt but is he really the saint they describe?

Between the author and the narrator ninety percent of the characters in this book are portrayed as muling , whinging , carping halfwits , and , this was supposed to be taking place in south London . Complete nonsense . 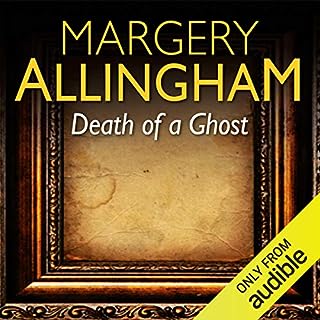 The unrivalled Albert Campion returns to solve another shocking murder - classic crime fiction at its very best. J.S. Lafcadio, the painter, is dead. He wanted lasting fame and he left instructions to his wife for one painting to be exhibited every year after his death. Eight years later in Little Venice, a group of friends and family gather to view the painting. They are treated instead to a murder....

Narration to awful to treat seriously .

If this narration wasn’t so ludicrously funny it would be possible to hear just how silly the book is . So glad it only cost me three pounds odd . 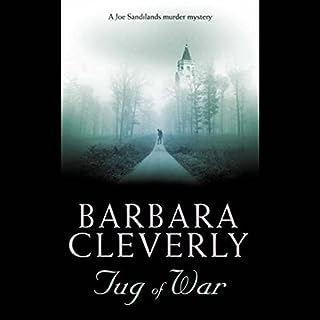 Joe Sandilands has been dispatched to France to stay as the guest of a glamorous French war-widow who is determined that Joe should support her claim that a mysterious shell-shocked soldier is her husband. The problem is that four other claimants have identified him differently. Joe decides to investigate the four claimants and picks his way through a tangle of lies, deceit, and manipulation, uncovering a cleverly concealed murder committed during the war years.

This is a very good story completely spoilt by this narrator , he is unable to speak more than ten words continuously due to breathlessness and then after great intakes of breath we are treated to glottal swallowing of mouthfuls of saliva . 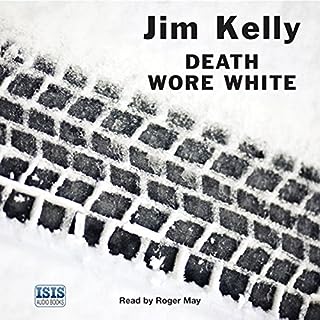 At 5.15 p.m. Harvey Ellis was trapped – stranded in a line of eight cars by a blizzard on a Norfolk coast road. Three hours later, Harvey Ellis was dead – viciously stabbed at the wheel of his truck. And his killer has achieved the impossible: striking without being seen, and without leaving a single footprint in the snow…For DI Peter Shaw and DS George Valentine it's only the start of an infuriating investigation.

This is quite a good story and I would have given it five stars but for having to get through all the phlegm , vomit and the urinating , along with the foul language content . Quite why authors think it necessary to alienate half their readers with foul language and grossness when leaving it out offends no one . 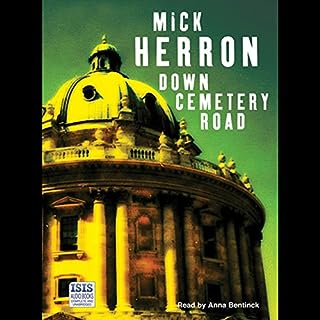 Sarah Tucker - a young married woman, bored and unhappy with her life - becomes obsessed with trying to find a little girl who disappears after a neighbouring house is destroyed by a massive explosion. She soon discovers that people she thought long dead are still alive and those living are fast joining the dead. What begins in suburban south Oxford ends on a remote and unwelcoming Scottish island as the hunt for the missing child takes Sarah out of her marriage and onto a journey with a troubled ex-soldier.

If you can get passed the stupidity and the grossness you will be treated to the biggest load of foul language I’ve yet come across on audible , this is really very poorly written , authors who are unable to develop their characters resort to foul language as an alternative to giving their characters any personality on a literary level , it disguises the authors lack of intellect . As to narration the less said the better , it really is dire . 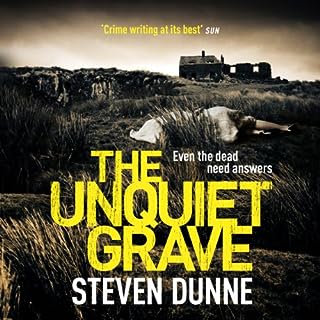 The mesmerising new thriller from the highly-acclaimed author of DEITY, featuring DI Brook piecing together an extraordinary series of crimes spanning half a century...The Cold Case crime department of Derby Constabulary feels like a morgue to DI Damen Brook. As a maverick cop, his bosses think it's the best place for him. But Brook isn't going to go down without a fight. Applying his instincts and razor sharp intelligence, he sees a pattern in a series of murders that seem to begin in 1963.

This is nothing but a scraping of the bottom of the barrel , if you don’t have the talent to write a proper story then you have to resort to this obscene drivel , it’s nothing but jive slang and the foulest of foul language and can only appeal to a certain section of the population . 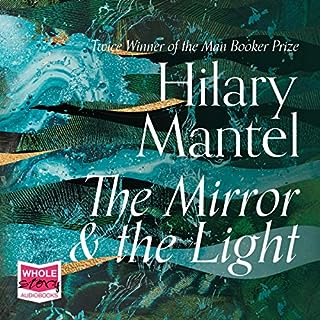 Having waited a long time for this to be released on audible it is so disappointing to be presented with this travesty , anyone who already possess the first two books will find that a large percentage of this book is a rewrite of the first two books in flashback form , anyone who has come to this without the first two books will have no need to purchase either of the first two books because as much of Cromwell’s life as anyone would wish know is contained in this one edition . If you can then get pass the estuary accents this narrator gives to most of the characters you will then have to endure the lip sucking and lip smacking plus the nauseating glottal swallowing of mouthfuls of spittle as this narrator gives us his impression of speech during Tudor times , I have over a thousand audible books and I’ve been presented with some truly awful narration along the way but this is up there in the top five worst efforts I have ever heard , it truly is a false economy not to employ a competent reader , the first two books were read so well , especially the reading by Simon Vance of the second book which of course shows just how badly this book was attempted . This author has now decided to employ the present fashion of female authors to use foul language in their writing , not only are we treated to the F word but also the C word which of course was not in use during Tudor times , and I object to have this crudity voiced into my private space , there is absolutely no need for it and it is completely gratuitous . Do yourself a favour and if you must have this edition then buy the book and save yourself the travesty of the narration . I have not returned this book as it only cost me three pounds sixty seven pence and having persevered with half of it I’ll carry that cost . 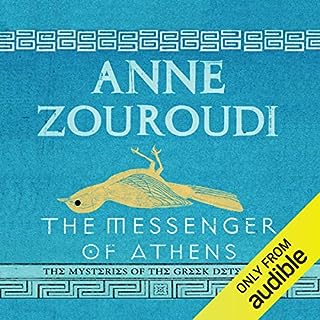 When the battered body of a young woman is discovered on a remote Greek island, the local police are quick to dismiss her death as an accident. Then a stranger arrives, uninvited, from Athens, announcing his intention to investigate further. His methods are unorthodox, and he brings his own mystery into the web of dark secrets and lies. Who has sent him, on whose authority is he acting. And how does he know of dramas played out decades ago?

The foul language content of this story is very off putting at any time but when it’s blasted into your head through earphones it’s an assault , I find it hard to believe that firstly it is necessary and secondly that a female author would demean herself so , we know it’s the poorly educated that use foul language because they are unable to express themselves adequately in proper English , so , one is left wondering just what sort of person can bring themselves to degrade themselves and their listeners in such a way . 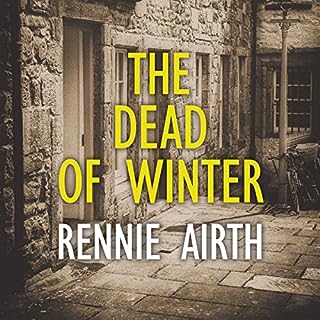 During a blackout on the streets of London in late 1944, a young Polish land girl, Rosa Nowak, is suddenly and brutally killed. But the police, their resources already stretched by war regulations and the thriving black market, cannot find any reason why someone would want to murder an innocent refugee. For the former police inspector John Madden, the crime hits close to home. Rosa was working on his farm, and he feels personally responsible for not protecting her.

This author seems to think that his characters become more interesting the more he intensifies their stupidity , they blunder from one incompetence to the next always an hour behind the villain of the piece , there are more corpses than on Midsummer Murders . We have a final blood and guts that solves everything . At least there is no foul language and for that this deserves four stars across the board .