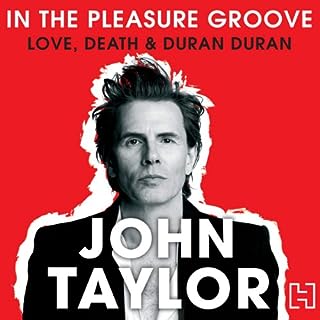 A shy only child, Nigel John Taylor wasn't an obvious candidate for pop stardom and frenzied girl panic. But when he ditched his first name and picked up a bass guitar, everything changed. John formed Duran Duran with his friend Nick Rhodes in the spring of 1978, and they were soon joined by Roger Taylor, then Andy Taylor and finally Simon Le Bon. Together they were an immediate, massive global success story, their pictures on millions of walls, every single a worldwide hit. In his frank, compelling autobiography, John recounts the highs and the lows.

Very impressed. Very long and thorough. Really nice voice too. Nice humour and honesty throughout. Very balanced and intelligent. Great explanation of how Duran started and progressed and stalled and restarted!