Scott at the Junction 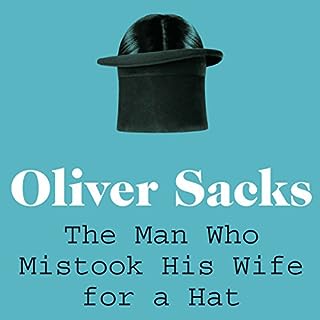 With an introduction by Will Self. A classic work of psychology, this international best seller provides a groundbreaking insight into the human mind. If a man has lost a leg or an eye, he knows he has lost a leg or an eye; but if he has lost a self - himself - he cannot know it, because he is no longer there to know it. In this extraordinary book, Dr. Oliver Sacks recounts the stories of patients struggling to adapt to often bizarre worlds of neurological disorder.

A beautiful book about humanity, occasionally a bit thick with medical language.
Sacks is an inspiration for us all. 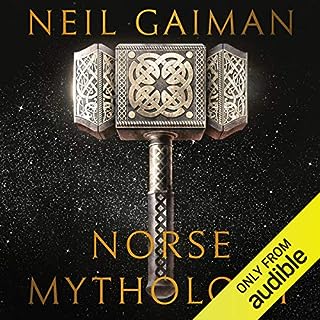 Totally absorbing. Written with wit and flare and read with equal humour and love for the subject. 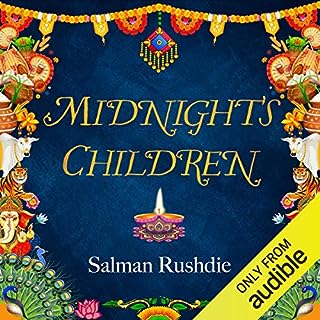 This Audible production expertly brings to life Salman Rushdie’s postcolonial masterpiece Midnight’s Children, available for the first time unabridged in audio. Written in the magical-realist style that Rushdie is renowned for, Midnight’s Children follows Saleem Sinai - a child gifted with extraordinary powers after being born at the exact moment India becomes independent. The captivating events that unfold act as an allegory for India’s transition from colonialism to independence as Saleem finds himself 'handcuffed to history', with his fate entwined with that of his newly independent state.

Nearly gave up early on. some great moments but somehow overblown and pretentious at times too.
Good narration. 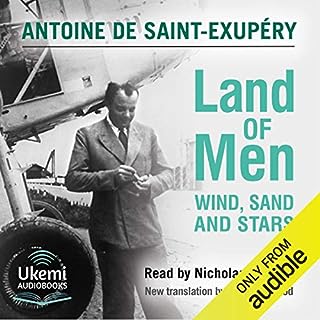 Antoine de Saint-Exupéry is known universally for the gentle charm of Le Petit Prince, but it is this book, Land of Men - known originally in English as Wind, Sand and Stars - which is his masterpiece. First published in 1939, it documents Saint-Exupéry's life as a pilot in the pioneering days of long-distance flying and in particular his experiences as a pilot transporting mail across countries, across continents.

I have left it too long to read this profound, beautiful book. It would be great to read it in French.
It is a great narration too. 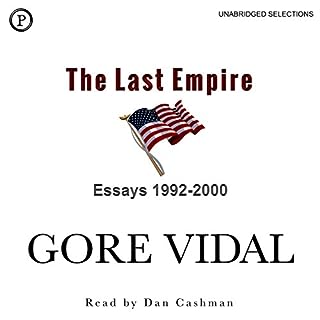 The Last Empire is Gore Vidal's ninth collection of essays in the course of his distinguished literary career. Vidal displays unparalleled range and inimitable style as he offers incisive observations about terrorism, civil liberties, the CIA, Al Gore, Tony Blair, and the Clintons, interwoven with a rich tapestry of personal anecdote, critical insight, and historical detail. Written between the first presidential campaign of Bill Clinton and the electoral crisis of 2000, The Last Empire is a sweeping coda to the still-existing conflicted vision of the American dream.

Fascinating words from one of the great outsiders from the inside of the US political set.