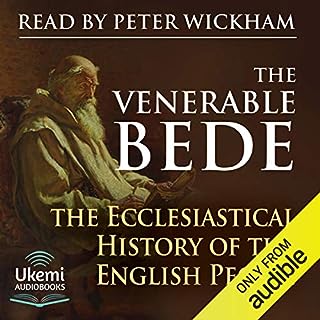 The Ecclesiastical History of the English People was written in Latin by the Venerable Bede (673-735), a Benedictine monk living in Northumbria, an important Christian centre in the eighth century. It is a remarkable document, tracing, in general, early Anglo-Saxon history, and in particular, as the title proclaims, the growth and establishment of Christianity against the backdrop of the political life.

well worth for early English history

it ok just some of places are in old English not in modern English, if wanted to later to go and visit them. but would get the book again