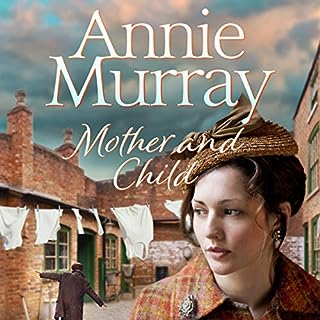 Jo and Ian’s marriage is hanging by a thread. One night almost two years ago, their only child, Paul, died in an accident that should never have happened. They have recently moved to a new area of Birmingham, to be near Ian’s mother, Dorrie, who is increasingly frail. As Jo spends more time with her mother-in-law, she suspects Dorrie wants to unburden herself of a secret that has cast a long shadow over her family. Haunted by the death of her son, Jo catches a glimpse of a young boy in a magazine who resembles Paul. Reading the article, she learns of a tragedy in India.

Not the usual & an insight into something I didn't know about

This is a book that steps away from Annie Murray's normal writing, dealing with a more modern issues and the issues of Bhopal after the tragic 1984 event.
Yes there is a bit of history thrown in, and without wanting to spoil it, it acts as a reminder we should talk to our elders about their memories before its to late to do so.
Even though it does step away from the 'norm' it is still a wonderful, heartfelt and thought provoking book as you'd expect from Murray. 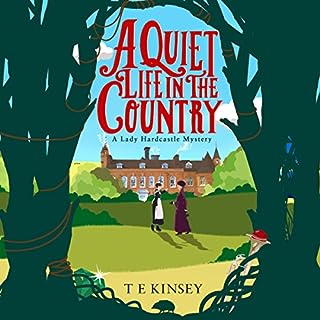 Lady Emily Hardcastle is an eccentric widow with a secret past. Florence Armstrong, her maid and confidante, is an expert in martial arts. The year is 1908 and they've just moved from London to the country, hoping for a quiet life. But it is not long before Lady Hardcastle is forced out of her self-imposed retirement. There's a dead body in the woods, and the police are on the wrong scent. Lady Hardcastle makes some enquiries of her own, and it seems she knows a surprising amount about crime investigation...

I saw this as an advert on the start up screen on my kindle, read the 'blog' and thought it sounded ok. Well now I've listened to it ok is not the right word at all so I'll to change it to fantastic.
It's hard to liken it to another book as it is such a refreshing change, instead of the male hero's and quiet women that are normal portrayed in books of this time (1800's) it is flipped around, throw in the fact of the normal structure of upstairs folk and downstairs servants is also given a good shame around it makes for a very interesting listen, so much so I got the whole series! 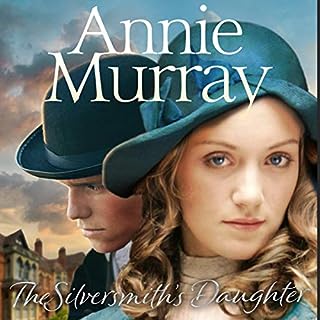 1915. Margaret and Philip Tallis are happily married, have a thriving business and three children, Daisy, John and Lily. At 20, Daisy is an impassioned, headstrong girl, determined to follow her parents’ footsteps in Birmingham’s jewellery trade. While studying at the college for silversmiths she meets an old rival of her father’s. James Carson is married, but Daisy finds herself dangerously drawn to him.... As war tightens its grip on the country, the Jewellery Quarter is thrown into anguish as the men are forced to decide who will enlist.

Annie Murray at her best

Having listened to the book before this, I was looking forward to re aquating myself with the charecters. I was not disappointed. This book carries on the story and brings us to follow then into the war (world war one). Murray's writing brings to life the tragedy of war and how deeply it can effect a family.