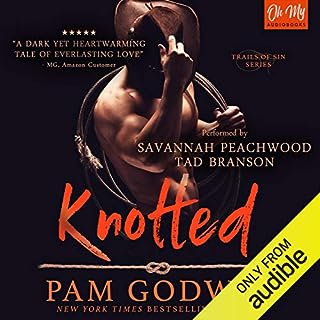 We were 16 the night she was violently assaulted while I helplessly watched. I’ll never forget the sounds of her suffering. Or my inconsolable agony when she left Oklahoma. Years later, she returns to honor our teenage pact. Except the boy she loved is gone, replaced by a ruthless cattle rancher knotted with secrets. She doesn’t know my dark cravings or the trails of sin that lead to her. I don’t deserve her, but one truth remains: She’s mine.

Wow want a story it had me in tears and I don’t cry easily. Narrators did a great job. I’m getting the rest of the series now, we’ll worth a credit 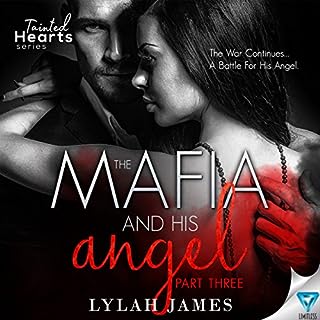 My wings were ready to fly, but he clipped them. Feather by feather, until I had nothing left. Then my savior came. He waged a bloodbath to find me. He loves me. He wants his Angel to be free. But how can I fly again when my wings are broken?

This is an amazing book I laughed cried and enjoyed. Was sad it had to come to an end 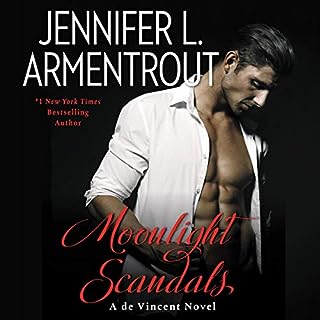 Even a ghost hunter like Rosie Herpin couldn’t have foreseen the fateful meeting between two mourners that has brought her so intimately close to the notorious and seductive Devlin de Vincent. Everyone in New Orleans knows he’s heir to a dark family curse that both frightens and enthralls. To the locals, Devlin is the devil. To Rosie, he’s a man who’s stoking her wildest fantasies. When a brutal attack on her friend is linked to the de Vincents, he becomes a mystery she may be risking her life to solve.

What a powerful story it’s got everything in it. The narrators did a first class job, just sorry it came to an end. Was looking for the authors other books but not into fantasy stories. Please do more stories like this one. 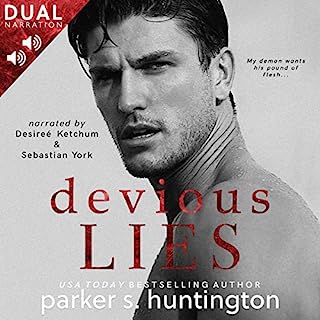 I had a plan to escape the friend zone. Step one: sneak into Reed’s room. Step two: sleep with him. But when the lights turned on, it wasn’t familiar blue eyes I saw. These were dark, angry, and full of demons. And they belonged to Reed’s much-older brother. Four years later, Nash Prescott is no longer the help’s angry son. I’m no longer the town’s prized princess. At 22, I’m broke, in need of a job. At 32, he’s a billionaire, in need of revenge.

Absolutely a amazing story. It had me laughing, crying and then disappointed that it ended. 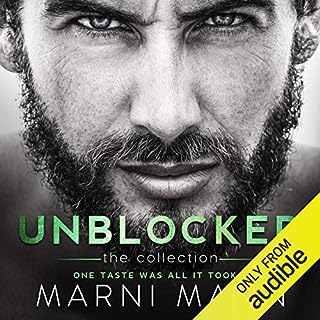 As the ever dutiful daughter at her father's prestigious real estate firm, Frankie Jordan never mixes business with pleasure. But after meeting her new client, Derek Block, her sexual fantasies have turned into intense cravings. This animalistic man has become the object of her desire. Only she can't have him.

Ok there is alot of sex but there is a story to. Narrators did a great job. Just wish there was a Bree or Will book. 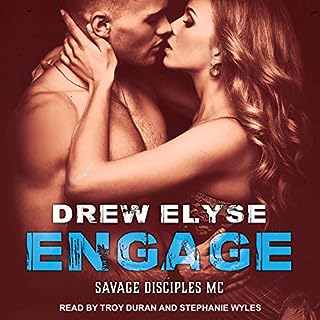 They came for her in the night. When she wakes, she's in a cell. She has no idea if it will help, but it is the only option she has: She tells them she belongs to the Savage Disciples MC. Years ago, he lost everything. Now, the club is the only thing Jager allows himself to care about. Nothing matters but his Savage Disciple brothers. At least, until she arrives, and he has a decision to make.

Great book, made me cry and laugh. First time with this author will be looking out for other books. 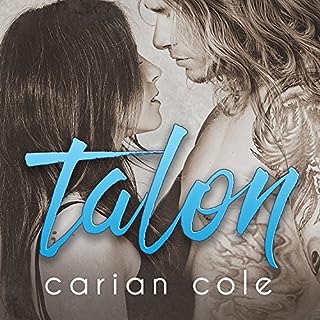 A social experiment (a scary but exciting concept): marry a total stranger, live together for six months, and journal everything. Feelings. Fights. All of it. After six months, we each get $50,000 in exchange for our journals, whether we stay married or not. But the goal is to commit to the experience and see if the relationship experts could put together the perfect matches. I have never been lucky in love. This was my chance to find my soulmate. I couldn't wait to meet the man the experts felt was perfect for me.

Very disappointed with the female narrator she has a lisp. And it spoils the book 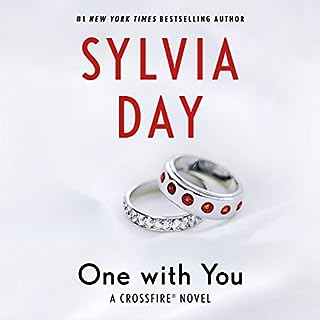 Gideon Cross. Falling in love with him was the easiest thing I've ever done. It happened instantly. Completely. Irrevocably. Marrying him was a dream come true. Staying married to him is the fight of my life. Love transforms. Ours is both a refuge from the storm and the most violent of tempests. Two damaged souls entwined as one.

Other people have said this one is lame. Ok there isn't as many sex scenes but this is a romantic listen to the story but you have to listen to all the books in the series so you can follow the story better. 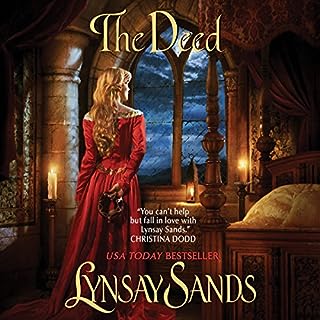 Lynsay's witty, sexy, utterly fantastic debut romance transports the listener back to Medieval England to witness the outrageous trials and temptations of a good wife whose husband unfortunately dies before he can do... The Deed. The lady, left shockingly unprepared, finds herself promised to a handsome, landless knight, and misunderstandings, missteps, and (of course) passion ensue.

This is the most boring book I've ever listened too. The narrates voice just drones on & on. And the story is lame. 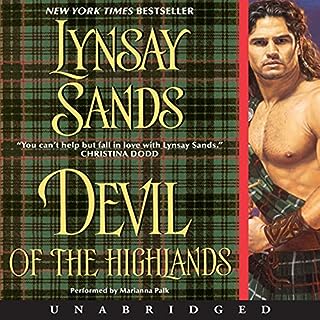 They call him the Devil.... He is the most notorious laird of Scotland: fierce, cold, deadly...and maybe even worse. Yet Evelinde has just agreed to wed him. Anything, she thinks, is better than her cruel stepmother. Though Evelinde should be wary of the rumors, she can't help but be drawn to this warrior...for the Devil of the Highlands inspires a heat within her that is unlike anything she has ever known.

The narrators voice is so bad it sent me to sleep and I had to rewined all the time. What a shame because the story is good. Will not buy again with this narrator again.