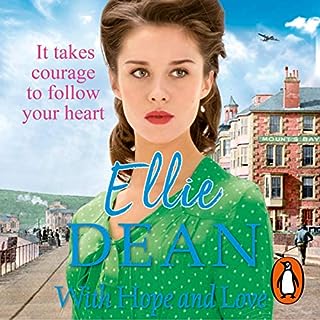 The war in Europe is over, but for Peggy Reilly and the residents of Beach View Boarding House the effects of the conflict are still far-reaching. Cockney evacuee Ivy and her sweetheart, Andy, are saving to get married and fulfil their dream of returning to the East End. But when tragedy strikes, Ivy is faced with a life-changing dilemma that only she can resolve. Rita also faces an impossible choice when her sweetheart, Peter, proposes and asks her to live with him in Australia - just as her widowed father returns from the fighting in Europe.

Every bit as enthralling as the last 16 books.

I have loved every one of the wartime stories in this series and this one was no different, the characters are brilliant and each book brings new storylines which interlink with each other so cleverly, brilliantly hugging themselves around Peggy and Beachview. My only disappointment was with the narrator who I felt was drab and dour to listen to, not injecting the life and personality into the beloved characters as the other narrators have done so well and the accents were appalling. I don't think that I would listen to another book read by her but thats just my choice and others may like her... Still my favourite series of books though 😊 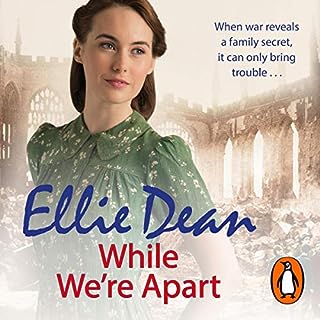 The compelling new Second World War novel from Sunday Times Top Ten bestselling author of Some Lucky Day. It is1942, and England is at war. Mary Jones has just celebrated her eighteenth birthday and said good-bye to her childhood sweetheart, Jack, when she learns her house has taken a direct hit during a tip-and-run raid. With both her parents dead and her home destroyed, a distraught Mary moves in with Jack’s parents.

So much coming together, gave me goosebumps

I love these stories, they weave together so cleverly. My only niggle was the narrator, she played the characters very differenty, all the women had odd, very dumb voices and Jim went from being Irish to being an intimidating Cockney, the narrating voice however, was good. Looking foreard to the next in the series and the narrator is back to an original. 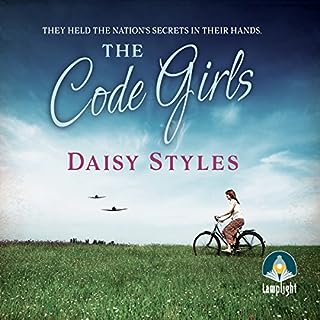 It's 1941 and Britain is at war. For the aristocratic Walsingham family this means their grand home being taken over by the armed forces. But for newcomers Ava, Maudie and Bella, this is a chance for something more. Each is ready to do their part for the war effort and soon become firm friends. But Lord Edward Walsingham seems like he is hiding something. And although he may be clever, he might have met his match in Maudie and the girls....

Something easy and happy to listen to. I liked the narrator, the setting and all the characters. I will listen to more if the authors stories. 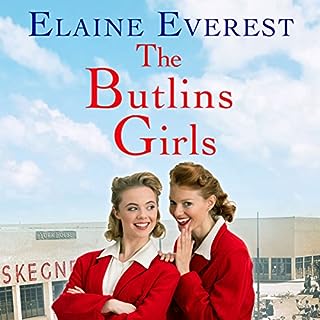 Molly Missons hasn't had the best of times recently. Having lost her parents, now some dubious long-lost family have darkened her door - attempting to steal her home and livelihood.... After a horrendous ordeal, Molly applies for a job as a Butlin's Aunty. When she receives news that she has got the job, she immediately leaves her small hometown - in search of a new life in Skegness. Molly finds true friendship in Freda, Bunty and Plum.

Having very much enjoyed Elaine Everests Woolworth series I was keen to listen to the Butlins Girls, however, sadly I found this book to be completely predictable. The story was quite sickly sweet and had little real substance, the main romance being so improbable that it became quite irritating times. I wouldn't recommend this book but I will definately try some others by the author in the hope that this was just a bad one. 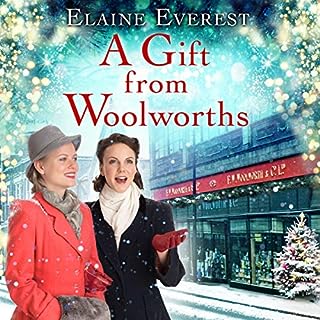 Will the war be over by Christmas? As the war moves into 1945, the lives of the women of Woolworths continue. When store manager Betty Billington announces she is expecting Douglas’ baby, her future life is about to change more than she expects. Freda has fallen in love with the handsome Scottish engineer, but will it end happily? Maisie loves being a mother and also caring for her two nieces, although she still has her own dreams. When her brother appears on the scene, he brings unexpected danger to the family. Meanwhile Sarah dreams of her husband’s return and a cottage with roses around the door, but Woolworths beckons.

A wartime story of family and friends.

These books would make a wonderful Prime mini series. Characters full of warmth and pride demonstrate how family and friends were the backbone of wartime Britain, I loved each story and the narrator brought the feeling if that era to life. 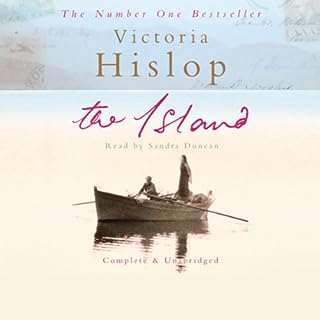 genuinely moving, will listen again and again over time. full of bravery and love. Awesome 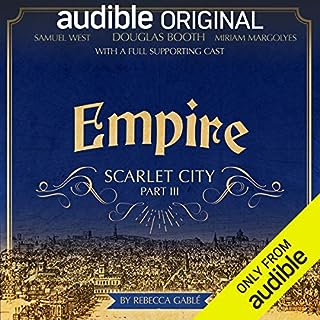 A true rags-to-riches tale, Jonah's journey spans the breadth of human experience, from the intricacies of Edward III's political intrigues to the cutthroat world of international trade, from the triumphs of war to the agonies of personal loss - love, friendship, joy, heartbreak and glory. Set largely in London - the Scarlet City - the centre of medieval England, this is a thrilling portrait of the age and the people who made it so rich, colourful and extraordinary.

I found the mix of narrator and actors worked so well to move the story along at a good pace, twists and turns prevailed throughout the three books and I found myself really caring about the characters. The voice of Blanche always managed bring a lightness and cheer into the saga. An excellent listen, I would love more of these dramatisations on audible. 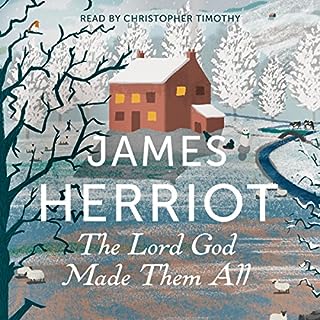 The fourth volume of memoirs from the author who inspired the BBC series All Creatures Great and Small. Finally home from London after his wartime service in the RAF, James Herriot is settling back into life as a country vet. While the world has changed after the war, the blunt Yorkshire clients and menagerie of beasts with weird and wonderful ailments remain the same.

Gentle, funny, emotional and so very e
njoyable from beginning to end. Chrisopher Timothy brings every word to life. 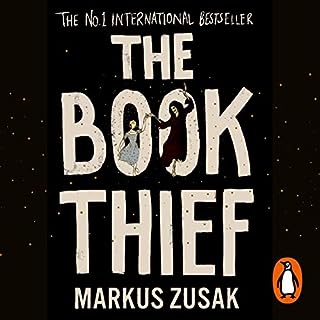 I have listened to this book over and over and still I find the last chapter so emotional. Brilliantly narrated and the characters are wonderfully portrayed. 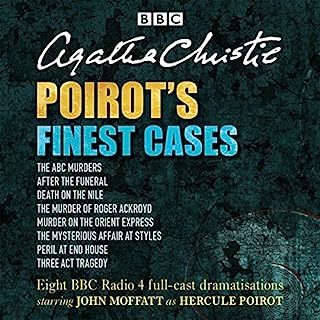 John Moffatt stars as the Belgian detective Hercule Poirot. The ABC Murders: A chilling letter sets the sleuth on the trail of an enigmatic killer. After the Funeral: A wealthy businessman is dead, and his sister thinks it was murder. Death on the Nile: Poirot is in Egypt when a chilling murder takes place. Peril at End House: Whilst on holiday, the sleuth encounters a young woman, a hat and a bullet. The Murder of Roger Ackroyd: Mrs Farrars is found dead, one year after the death of her husband.

loved every minute of this book :)

listening to these 8 awesome stories made 2 very long days of gardening so much more bearable, this in itself is priceless!!! :)