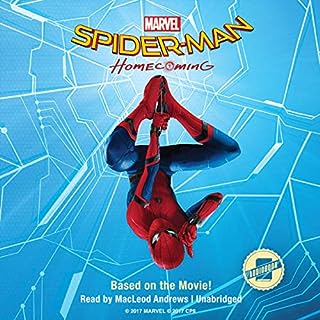 Peter Parker is coming off the greatest experience of his life - helping Tony Stark, aka Iron Man, during the Avenger's Civil War as the webslinging Spider-Man. He thinks he's ready to join the Avengers full-time, but balancing his responsibilities at school and at home with learning how to be a super hero is proving to be a little tougher than he thought. When a mysterious criminal introduces dangerous new tech to his neighborhood, Peter dons his brand-new high-tech Spider-Man suit and prepares to take on a threat unlike anything he's ever seen....

Great way to enjoy the movie even more

Amazingly adapted and spectacularly read . I would love comics adapted like this is. 👍