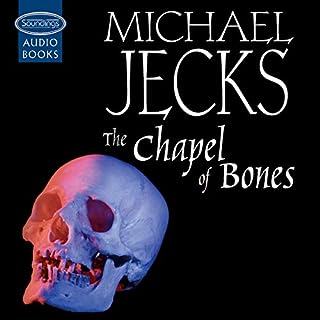 Forty years ago, Exeter's Cathedral Close was the scene of a vicious ambush. Afterwards, the bodies left lying in their blood bore witness to the conflicts tearing at the heart of the cathedral itself. Today, in 1323, murder is again polluting the Cathedral Close - but this killer is not so easily caught. The victim, Henry Potell, was feared and hated; he held secrets that some wished to keep hidden....

The Chapel of Bones

Only managed to listen for 40 mins, as so disappointed at the use of bad language. Such a pity to spoil what promised to be a good story. Have listened and enjoyed The Merchant's Partner and A Moorland Hanging, but the strong language in The Mad Monk of Gidleigh and this Chapel of Bones were not for me. 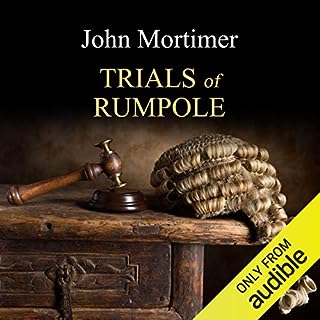 The irrepressible, audacious defence barrister Horace Rumpole whose court scenes are proverbial, and whose home is ruled by Mrs Rumpole, is back in these short stories by John Mortimer. The much loved stories were adapted from his scripts for the hugely popular TV series of the same name.

The Trials of Rumpole

Really enjoyed this book. The storylines are very good and the narrator makes the whole thing come to life. Very enjoyable. 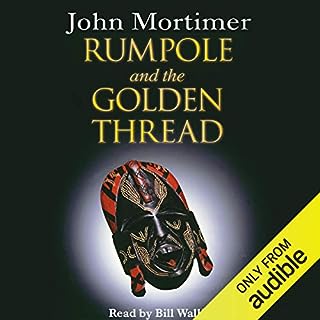 The irrepressible, audacious defence barrister Horace Rumpole continues to juggle the vagaries of the law, the ambiguities of crime, and the contradictions of the human heart. The much loved stories were adapted from his scripts for the hugely popular TV series of the same name.

Rumpole and the Golden Thread

Thoroughly enjoyable and easy listening. The writing is very good and has made me laugh. The narrator really makes it too. Great. 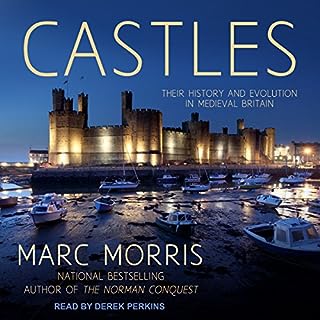 Beginning with their introduction in the 11th century, and ending with their widespread abandonment in the 17th, Marc Morris explores many of the country's most famous castles, as well as some spectacular lesser-known examples. At times this is an epic tale, driven by characters like William the Conqueror, King John, and Edward I, full of sieges and conquest on an awesome scale.

Having a love of history, this book was very interesting and informative. Will easily listen again. 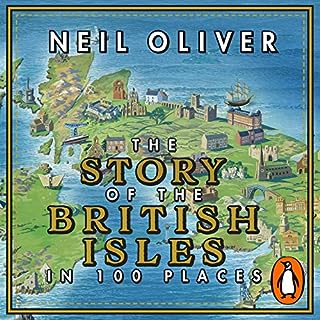 The Story of the British Isles in 100 Places is Neil’s very personal account of what makes these islands so special, told through the places that have witnessed the unfolding of our history. Beginning with footprints made in the sand by humankind’s earliest ancestors, he takes us via Romans and Vikings and the flowering of religion through civil war, industrial revolution and two world wars. From windswept headlands to battlefields, ancient trees to magnificent cathedrals, each of his destinations is a place where, somehow, the spirit of the past seems to linger.

The story of the British Isles in 100 Places.

Fantastic. Neil Oliver is really good and makes everything so interesting. I thoroughly enjoyed this and will listen again many times. 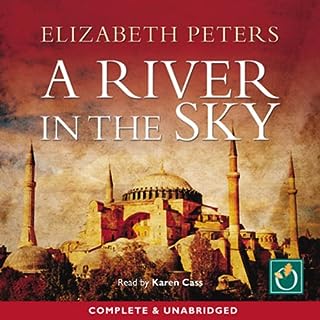 It's 1910, and archaeologist Amelia Peabody heads for Palenstine hoping to prevent an English adventurer called Morely from causing damage during his search for the vanished treasures of the Temple in Jerusalem. The War Office fears increasing German influence in Palenstine and insists Morley is working for German intelligence.

A River in the Sky

The story was good, but narrator spoiled this book for me and I was disappointed. 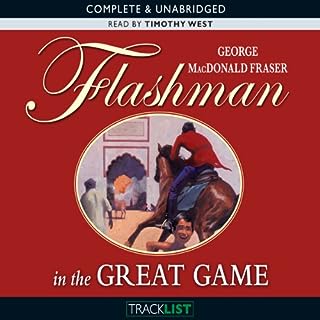 What caused the Indian Mutiny - the insurrection which was the watershed of the British Empire? Flashman, in his role as secret agent, saw far more of the Great Mutiny than he wanted to - Russian spies in Queen Victoria's drawing-room, the first explosion of revolt, the heroic defence at Cawnpore and the vital message out of Lucknow...

Flashman in the Great Game

I did not enjoy this book and have to admit not perserveringto the end. Certainly not for me. 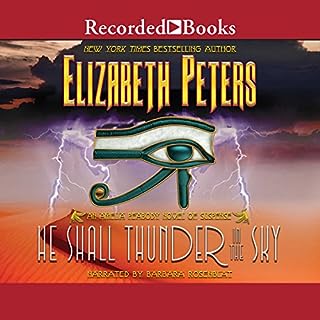 In her best-selling Amelia Peabody mysteries, author Elizabeth Peters has created an award-winning mixture of vivid archeological detail, finely-tuned suspense, and witty romance. This, the 12th Amelia Peabody mystery, opens in 1914. As the tides of war rise, Egypt is threatened by attacks. Espionage abounds, pulling in several members of the Peabody Emerson household even as they embark on a new archeological season.

He Shall Thunder in the Sky

Time moves on and this was a much darker story, but again, well written and well narrated 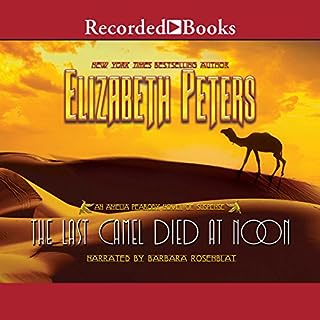 Amelia and Emerson leave the calm of Victorian England in search of an estranged father's son and a lost kingdom buried deep in Sudan.

The Last Camel Died at Noon

What to say..... another great story from Elizabeth Peter's Amelia Peabody series. Thoroughly enjoyed it. 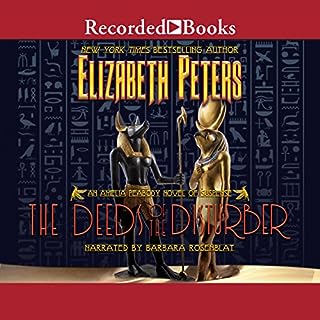 After an adventurous season spent excavating at Dahshoor, and narrowly averting the clutches of the Master Criminal, Victorian Egyptologist Amelia Peabody Emerson and her spouse prepare for a quiet summer in England. The social and domestic routine, though interrupted by the precocious escapades of their only child, Ramses, hardly seems much of a challenge for the indomitable Emersons.

The Deeds of the Disturber

This was something of a surprise, being set in England this time. A good story read by a great narrator.