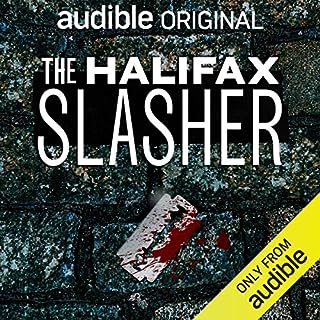 Carolyn Pickles retraces the true story of how 11 people came to be brutally cut with a deadly sharp implement, in a spate of attacks that left a town in a state of fear and police mystified about the identity of the attacker. Halifax, West Yorkshire, 1938 and the hunt is on for a razor-wielding attacker, possibly a murderer. The papers name him 'The Halifax Slasher'. A huge reward is offered for leads to his arrest. Vigilante groups form, and innocent men are set upon. Baffled, police argue with each other about how to catch the suspect.

Got better as it went on

Started slowly and I wondered if it was worth getting past first episode. But it is. Very interesting view on life and mental health in the 1930’s. well worth a listen. 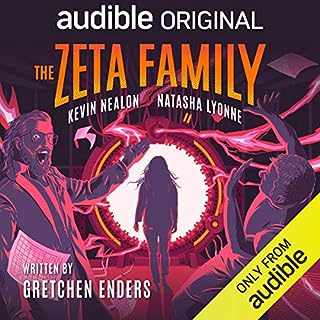 Set on a large ranch in rural upstate New York, it’s early days for the eccentric group of people who call themselves “The Zeta Family” - quite possibly the next big cult phenomenon.

Made me laugh out loud!!!

Love this, completely crazy and funny too. If only I could get audible app to play the episodes without keep stopping. 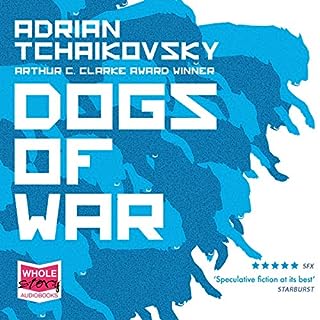 My name is Rex. I am a good dog.... Rex is also seven feet tall at the shoulder, bulletproof, bristling with heavy-calibre weaponry, and a deadly weapon in a dirty war. He's part of a Multiform Assault Pack operating in the lawless anarchy of Campeche, southeastern Mexico. He has the intelligence to carry out his orders and feedback implants to reward him when he does. All he wants to be is a Good Dog, and to do that he must do exactly what Master says.

Better than I thought, actually rather good!!!

Ok, so this is the third or fourth book by this author that i have listened to. Easier to get into than the other ones about the octopuses in space. But similar theme of animal sci-fi, which i actually quite like. On the back of this i have just started another one by this guy, which seems to be completely different. Good writing, varied, well composed, good pace. 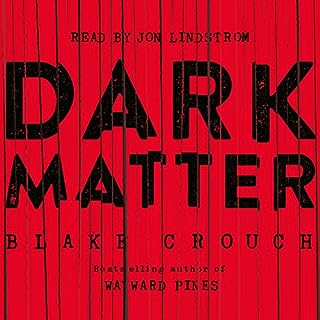 Interesting book, but definitely made more sense second time round than first listen. Not sure I ever quite got to the end on the first listen but glad I did now. 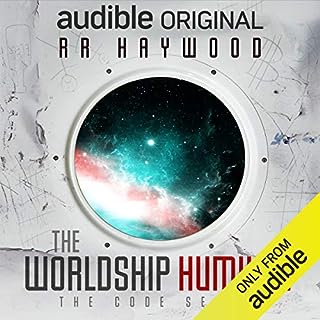 It’s been 120 years since the 50 or so worldships containing the few million survivors of the human species set off after the planet Earth was destroyed by a meteor. On the Worldship Humility, Sam, a 30-year-old Airlock Operative, is bored. Living in space should be exciting and full of adventure, except it isn’t, and he fills his time hacking 3-D movie posters and holographic adverts outside the stores in the retail zone. Petty thief Yasmine Emile Dufont is also from the WS Humility, but she is not bored....

Yes, its a bit silly, yes it have unnecessary swearing and some unbelievable situations, but I loved this production. Kind of like Andy Weirs Artemis, but a bit more. Brilliant. Not epic Si Fi Space Opera, but very very entertaining and well written. Thank you. 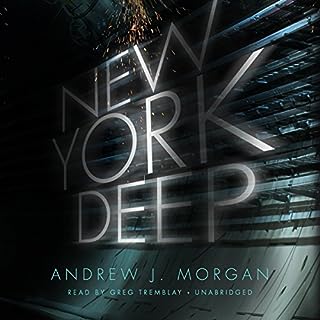 Deep below Manhattan, tunnel engineer Josh Reed leads his team as they excavate the East Side Access extending New York's railway service. But sparks fly as the drill hits an unusual crystalline material - one Josh has never seen before. They push on, and Josh discovers something even more unexpected: a vast room, empty and lifeless - or so it seems.

Excellent, right from the start!

Started well, developed well throughout and finished well. Impressed. Better than I thought it would be. 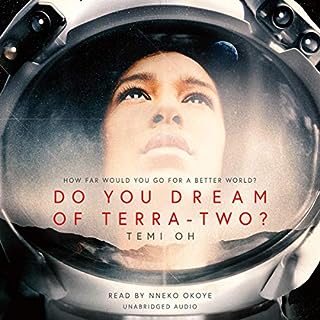 A century ago, scientists theorised that a habitable planet existed in a nearby solar system. Today, 10 astronauts will leave a dying Earth to find it. Four are decorated veterans of the 20th century’s space race. And six are teenagers, graduates of the exclusive Dalton Academy, who’ve been in training for this mission for most of their lives. It will take the team 23 years to reach Terra-Two. Twenty-three years spent in close quarters. Twenty-three years with no-one to rely on but each other. Twenty-three years with no rescue possible, should something go wrong. And something always goes wrong.

Teen teen teen. Not what I was expecting

Hmmm, could have been good but was just too teen. When I was a teenager I remember reading Frank Herbert and Clive Barker, great books. This could have been but just missed out. Too predictable, just not as good as I had hoped. 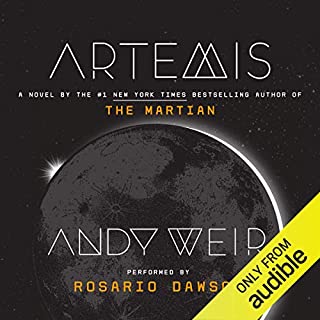 narration was amazing, story flies along. one of the very few books I have listened to more than once..... 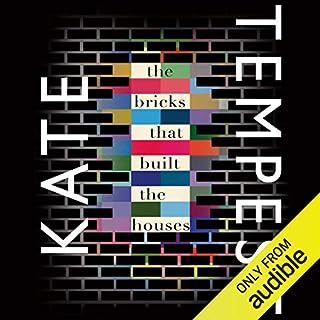 Award-winning poet and rapper Kate Tempest's electrifying debut novel takes us into the beating heart of the capital in this multigenerational tale of drugs, desire and belonging. It gets into your bones. You don't even realise it until you're driving through it, watching all the things you've always known and leaving them behind. Young Londoners Becky, Harry and Leon are leaving town in a fourth-hand Ford Cortina with a suitcase full of money.

loved it, like her music but deeper, more conversational, didn't want it to finish. brilliant