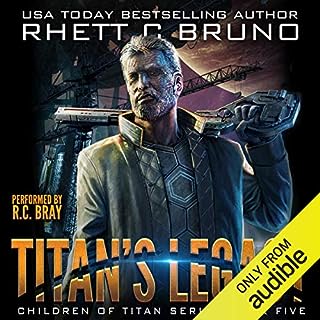 Ten years have passed since the end of the Titan Conflict. Now, the Titanborn stand on their own. And even though the war might be over, tensions between them and Earth have never been higher. Malcolm Graves has spent the last decade living on Titan, the last place he'd ever expected to retire. But he'd made a vow to his daughter: protect her son Alann until his dying breath.

Just another shortlist story within a story. still a good read and will continue saga 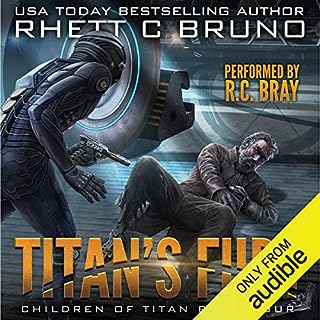 When Malcolm Graves finds himself in the clutches of the Titanborn, his plan to take Kale Trass down hits a wall. With the only family he has left threatened, he’s forced back into the service of another employer, only this time it’s not a corporation giving the orders. The future of the solar system hangs in the balance as Malcolm becomes the personal Collector for the Children of Titan.

another good one . frustrating in places . but still worth the read to continue the story 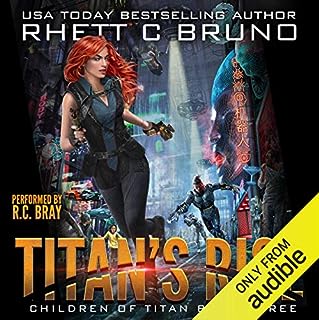 After inciting rebellion against Earth throughout Titan's off-world colonies, Kale learns that leadership isn't only about fighting. Keeping control of his people - even his own family - requires a different set of skills. Following a pivotal battle over Saturn, Kale travels deep into enemy territory under the guise of seeking peace, though peace is the last thing on his mind. 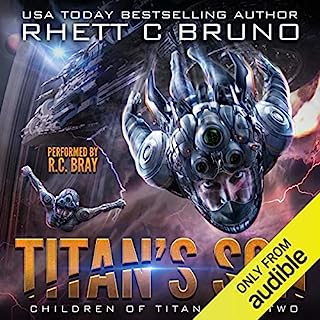 Kale Drayton knows his place. As a Ringer born on Titan, he's used to keeping his head down and his mouth shut--no matter how much the Earthers abuse him or his own kind berate him. So, when he's caught stealing from a wealthy merchant, he's lucky to be sentenced to low-paying maintenance work on a gas-harvesting ship instead of life in a cell... or worse. But when his mother is quarantined, Kale finds himself backed into a corner.

a good sequel and looking forward to the other's . a little far stretched at the end but all good 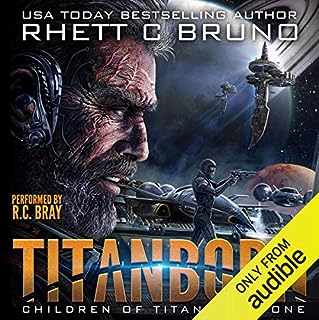 After decades hunting wanted offworlders throughout the solar system, Corporate Bounty Hunter Malcolm Graves doesn't bother asking questions. So long as the pay is right, he's the man for the job. And he always works alone. But when a high-profile bombing on Earth has Pervenio Corp clamoring for answers, they force him to team up with a strange, cyber-augmented partner. A young man more interested in statistics than instinct. Their assignment: Track down a suspected group of extremists from Titan who will go to any length to free their moon from the grip of Earth's corporations.

this was a nice read with not too many battles. I will be continuing the journey 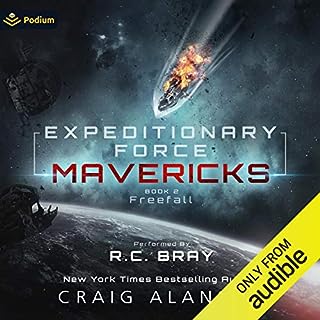 The Alien Legion has a new mission, and this time, they are working for the enemy. Also against the enemy. Like every operation that Emily Perkins plans, it’s complicated. But plans require good intel, and when the plan falls apart, the Mavericks are in freefall....

a lot it happening in a small place. I was hoping for more of a story but still good 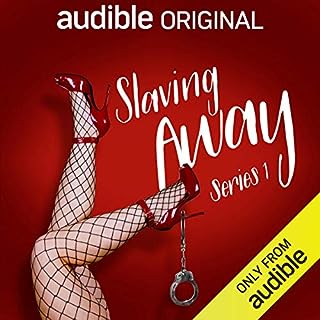 worth the listen. Nice easy listen and made me chuckle a number of times. great acting 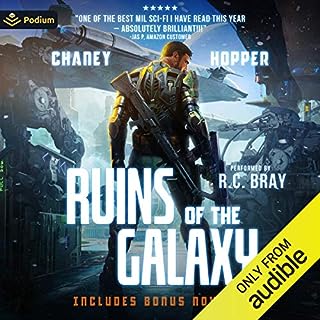 The mission is simple. Escort an emissary to an intergalactic peace summit. Try not to get in the way. Lt. Magnus and his 79th Recon Team have certainly handled worse, after all. But when an explosion rocks the tower and sends everyone into a panic, Magnus and his asset find themselves cut off from the rest of the team. Worse still, a dying alien chieftain gives them a priceless drive of intel, marking them for death. The mission has officially changed. With enemies on all sides, Magnus must do everything in his power to protect the emissary and escape the tower.

r c bray makes so much sound good. story is a bit confusing at times and things happen which don't seem to be part of the story but worth looking at. 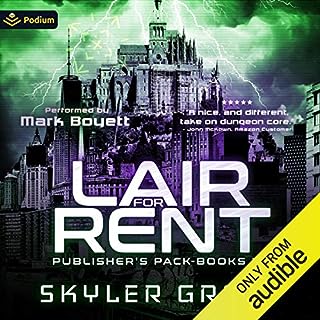 this is like top trumps or the story inside a video game. I almost sent it back but persevered and I was ok but only ok 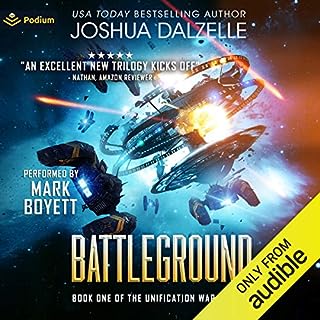 After two brutal, bloody struggles for their very existence against implacable alien foes, humanity is victorious, but not at peace. As distrust and accusations consume the political discourse between the two major factions, the Eastern Star Alliance military has already begun executing small raiding missions into United Terran Federation space. The Federation fleet, still reeling from the last war, is in no shape to try and protect its own borders.

enjoyed it but a few story's didn't seem to come to anything. maybe they are building up a new story