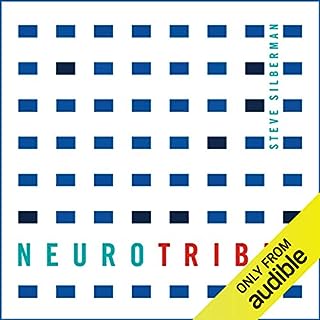 What is autism: a devastating developmental condition, a lifelong disability, or a naturally occurring form of cognitive difference akin to certain forms of genius? In truth it is all of these things and more - and the future of our society depends on our understanding it.

Excellent - a must read

An excellent book about autism and neurodiversity, particularly the social and scientific history of autism. 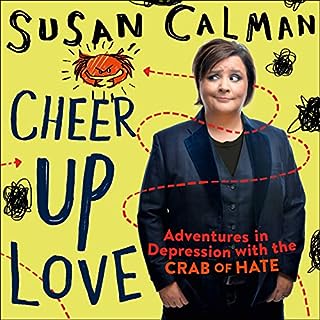 Susan Calman is a well-known comedian and writer who has appeared on countless radio and television programmes. Her solo stand up show, Susan Calman Is Convicted, was broadcast on BBC Radio 4 and dealt with subjects like the death penalty, appearance and depression. The reaction to the show she wrote about mental health was so positive that she wanted to expand on the show and write a more detailed account of surviving when you're the world's most negative person.

This is a serious and honest account of Susan Calman's experience of depression which manages to also be funny. It is thought-provoking and helpful and not at all what you'd expect from a book about depression. The audio book is, it appears, slightly different to the book, in as much as phrases such as "as you are listening to this audiobook" I assume in the printed version says "as you are reading this book". Combined with it being read by Susan Calman herself, makes it one of the best audio books I've listened to. 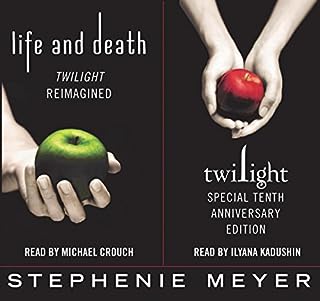 Celebrate the 10th anniversary of Twilight! This special double-feature audiobook by Stephenie Meyer includes the classic novel, Twilight, read by Ilyana Kadushin, and a bold and surprising reimagining, Life and Death, read by Michael Crouch. This new edition features over 16 hours of new content, and listeners will relish experiencing the deeply romantic and extraordinarily suspenseful love story of Bella and Edward through fresh eyes.

I love Twilight Saga but "Life and Death" is awful

I love all the Twilight Saga books, I've listened to them so many times that I know most of them off by heart, when listening to it I know the words coming next, but I still love listening to them over and over. I was so excited to see a new Twilight Saga book. I saw the negative reviews saying that "Life and Death" is virtually identical but switching the genders but it didn't put me off, I love Twilight Saga so much, and repetition is something I love rather than dislike and thought it'd be an interesting twist on the same thing. However, it is almost exactly word for word the same with only slight variations on the names to switch the gender and the wording occasionally modified very slightly, but only with occasional words. I never thought I could dislike a Twilight Saga book, but I just can't like this one, there's nothing new in it. 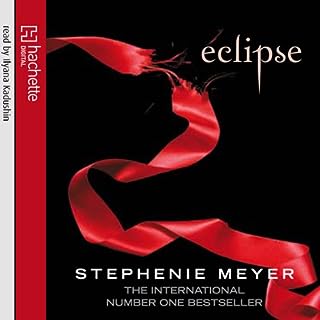 As Seattle is ravaged by a string of mysterious killings and a malicious vampire continues her quest for revenge, Bella once again finds herself surrounded by danger. In the midst of it all, she is forced to choose between her love for Edward and her friendship with Jacob - knowing that her decision has the potential to ignite the ageless struggle between vampire and werewolf. With her graduation approaching, Bella has one more decision to make: life or death. But which is which?

Where does Eclipse: Twilight Series, Book 3 rank among all the audiobooks you’ve listened to so far?

One of my favourite audio books, I listen to it over and over again.

Have you listened to any of Ilyana Kadushin’s other performances? How does this one compare?

No but her reading of this is fantastic. 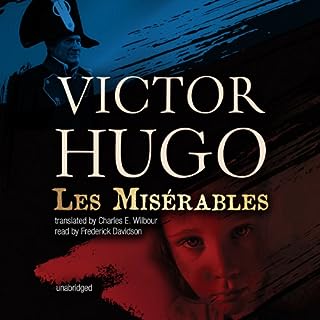 Set in the Parisian underworld and plotted like a detective story, Les Miserables follows Jean Valjean, originally an honest peasant, who has been imprisoned for 19 years for stealing a loaf of bread to feed his sister's starving family. A hardened criminal upon his release, he eventually reforms, becoming a successful industrialist and town mayor. Despite this, he is haunted by an impulsive former crime and is pursued relentlessly by the police inspector Javert.