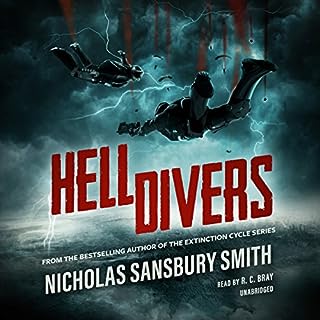 More than two centuries after World War III poisoned the planet, the final bastion of humanity lives on massive airships circling the globe in search of a habitable area to call home. Aging and outdated, most of the ships plummeted back to Earth long ago. The only thing keeping the two surviving lifeboats in the sky are Hell Divers - men and women who risk their lives by diving to the surface to scavenge for parts the ships desperately need.

A must read/listen if you love apocalypse stories

A brilliant apocolypse story but different to anything I've read before. I wasnt sure before I listened but definitely one of my favourites now. 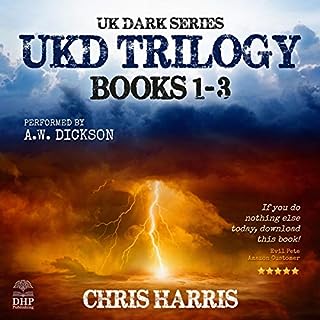 Great idea for the plot

The premise is a great idea and worth a read/listen to if you enjoy apocalyptic stories but a few plot holes and got a bit silly with appearance of a real life well known person (and his family) being involved.

Personally didn't like the story being told in the past tense - from the perspective of the main character reminiscing on all that happened. Sort of apocalyptic horror in the style of 'My day at the beach' by Sarah age 9 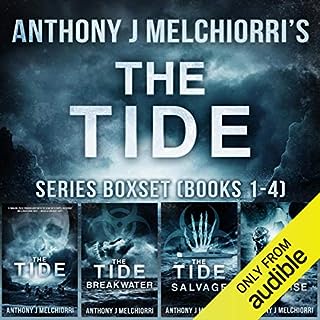 This audiobook contains the first four audiobooks of the Tide series, filled with post-apocalyptic action, suspense, and intrigue. A devastating bioweapon will change the face and fate of humanity as we know it.

excellent story set at a good pace with a twist on the zombie type scenario.

didn't like the narrator though I believe it was either the wrong choice or maybe it wasnt his choice to perform the way he does - sort of a horror story read in the style of children's bedtime story. almost put me off but glad I stuck with it as the story is worth it. 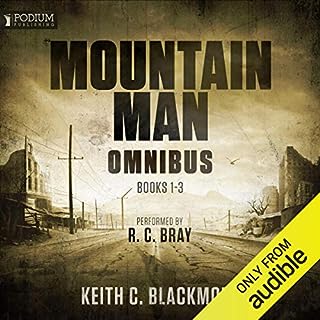 Boomstick. Samurai bat. Motorcycle leather. And the will to live among the unliving. Augustus Berry lives a day-to-day existence comprised of waking up, getting drunk, and preparing for the inevitable day when "they" will come up the side of his mountain and penetrate his fortress. Living on the outskirts of a city and scavenging for whatever supplies remain after civilization died two years ago, Gus knows that every time he goes down into undead suburbia could be his last.

zombie apocalypse but not all about zombies

A post apocalyptic story that is in a 'zombie' scenario but doesn't focus totally on the Z aspect so this was great for me as I usually prefer my post apocolypse to be zombie free. great story at a good pace and the narrator nailed the performance 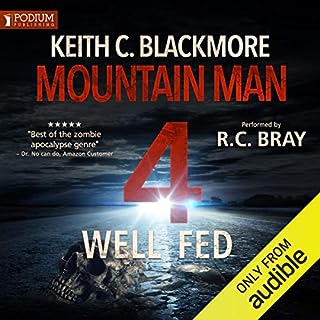 After nearly four years, the zombie epidemic has almost burnt itself out. Gus' new life on a communal farm is peaceful. The daily routine of policing the fields is rarely disrupted by straying undead. His drinking binges are over. Long days have thrown time over the memories of Annapolis. But this will all change.

zombie apocalypse but not all about the zombies

A post apocalyptic story that is in a 'zombie' scenario but doesn't focus totally on the Z aspect so this was great for me as I usually prefer my post apocolypse to be zombie free. great story at a good pace and the narrator nailed the performance 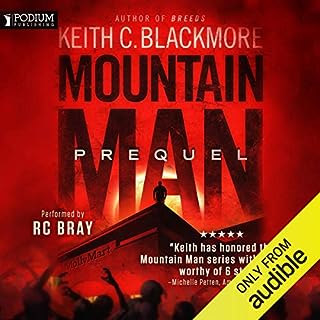 After a long day of prepping a house for painting, all Gus Berry wanted was the night off to spend some time with his girlfriend and relax before having to return to work the next morning. But that isn’t going to happen. Because Gus’s co-worker Benny has found a one-night job at the local Mollymart East, a job that has to be done by morning. If Gus and his paint crew can complete the work by then, it could mean huge business with a respected, established grocery store chain.

the apocalyptic story I've been looking for

I've just listened to this before listening to the main series and bought the whole series as soon as it finished. Great story and characters... cant say more need to get to next book... 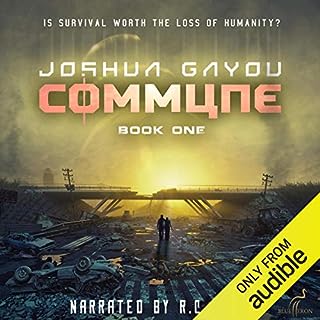 For dinosaurs, it was a big rock. For humans: Coronal Mass Ejection (CME). When the Earth is hit by the greatest CME in recorded history (several times larger than the Carrington Event of 1859), the combined societies of the planet's most developed nations struggle to adapt to a life thrust back into the Dark Ages. In the United States, the military scrambles to speed the nation's recovery on multiple fronts including putting down riots, establishing relief camps, delivering medical aid, and bringing communication and travel back on line. Just as a real foothold is established in retaking the skies (utilizing existing commercial aircraft supplemented by military resources and ground control systems), a mysterious virus takes hold of the population, spreading globally over the very flight routes that the survivors fought so hard to rebuild.

Brilliant story and character development with an excellent pace. A realistic take on an apocalyptic event and the struggle of the survivors. I am starting part 2 immediately. 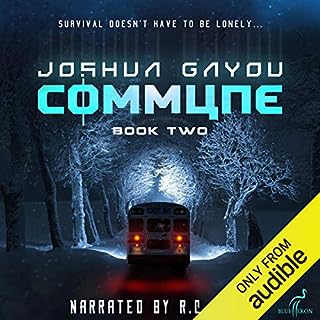 The survivors have come to settle in the mountains of Wyoming, fighting day in and day out to establish a home for themselves in a near-empty world. Things are good at first; scavenging is a workable, short-term solution that seems to be providing all they need. But they know that it’s only a matter of time before the food runs out. They need to scramble to find a sustainable solution before the clock stops, and for a little handful of people up in the mountains, the odds don’t seem very favorable.

A must listen for fans of apocalyptic genre

Great story line and characters that manages to deliver originality and surprises to even the most ardent reader/listener of the genre.