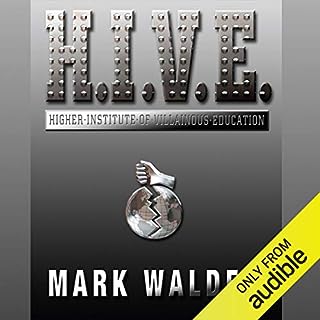 H.I.V.E. is a top-secret school of villainy, where children with a precocious talent for wrongdoing are sent to develop their talents and become criminal masterminds. After all, "Villains have the best lines and wear the best costumes."

A Listen for Young Adults

I bought this book to listen to in the car while driving my kids to school every day. They enjoyed it moderately, I not so much. It felt rather juvenile. 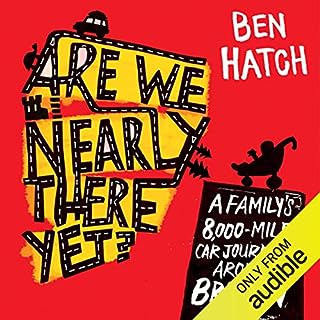 They were bored, broke, burned out, and turning 40, so when Ben and Dinah saw the advert looking for a husband and wife team with young kids to write a guidebook about family travel around Britain, they jumped at the chance. With naïve visions of staring moodily across Coniston Water and savouring Cornish pasties, they embark on a mad-cap five-month trip with daughter Phoebe, four, and son Charlie, two, embracing the freedom of the open road with a spirit of discovery and an industrial supply of baby wipes.

A Great Listen With your Kids

I listened to this with my children while driving them to school every morning. It is a great choice for that, the story mixes both humour and some more somber themes to great effect.

It can get a bit repetitive with one sightseeing object after another, but that is the nature of the subject, I suppose. 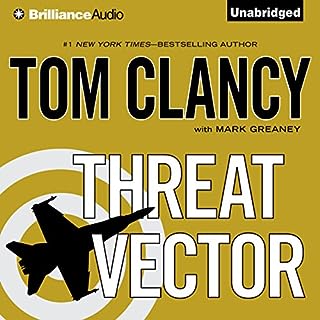 Jack Ryan has only just moved back into the Oval Office when he is faced with a new international threat. An aborted coup in the People's Republic of China has left President Wei Zhen Lin with no choice but to agree with the expansionist policies of General Su Ke Quiang. They have declared the South China Sea a protectorate and are planning an invasion of Taiwan. The Ryan administration is determined to thwart China’s ambitions, but the stakes are dangerously high as a new breed of powerful Chinese anti-ship missiles endanger the US Navy's plans to protect the island.

I sometimes get irritated by Tom Clancy's stories; the good guys are always good-looking, virtous and of impeccable caracter, the villains just the opposite. The Western World is normally saved at the last minute by the couragous heros and all is well.

But it sells and I have to admit that I normally turn the pages (or keep listening) as fast as anyone.

But it still leaves me unsatisfied at the end. 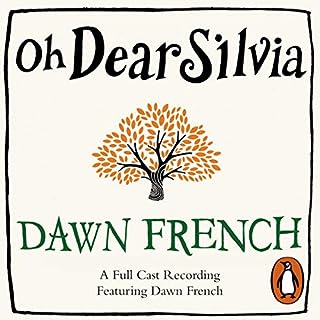 Who is in Coma Suite Number 5? A matchless lover? A supreme egotist? A selfless martyr? A bad mother? A cherished sister? A selfish wife? All of these. For this is Silvia Shute, who has always done exactly what she wants. Until now, when her life suddenly, shockingly stops. Her past holds a terrible secret, and now that she is unconscious in a hospital bed, her constant stream of visitors are set to uncover the mystery of her broken life. Meanwhile she must lie there, victim of the beloveds, the borings, the babblings and the plain bonkers. Like it or not, the truth is about to pay Silvia a visit. Again, and again and again...

Only Finished It on the Third Try

When looking back at the book I can recognize that the story is original and has its merits. But the truth is that I abandoned it two times and only finished it as I felt I had some unclear moral obligation to not leave the book unfinished.

Or in other words, the first three forths feels very slow and disconnected, it only comes together at the end. 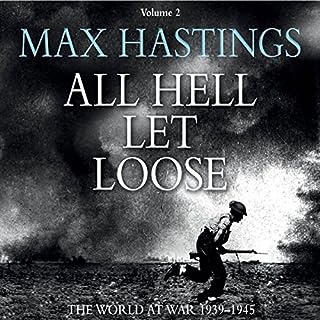 Max Hastings' study of the greatest and most terrible event in history continues in the second part of his epic book. There are vivid descriptions of the tragedies and triumphs of a host of ordinary people, in uniform and out of it, in an 'everyman's story'.

Max Hastings is easily my favourite writer on the Second World War and he has produced a book that manages to adequately cover the whole war without being superficial.

Which in my book is a first for this subject. 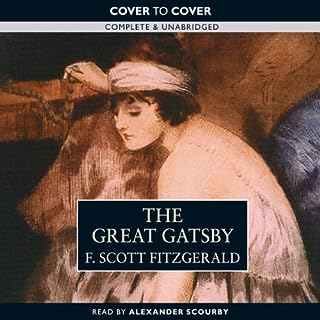 Jay Gatsby is the man who has everything. But one thing will always be out of his reach... Everybody who is anybody is seen at his glittering parties. Day and night his Long Island mansion buzzes with bright young things drinking, dancing and debating his mysterious character. For Gatsby - young, handsome, fabulously rich - always seems alone in the crowd, watching and waiting, though no one knows what for.

My kind of audiobook; well written, well read and not too long. When reading text you can read some parts superficially if you feel the author gets carried away. With audiobooks you are forced to sit (or walk or run) through it.

I have listened to it three times and loved it every time. 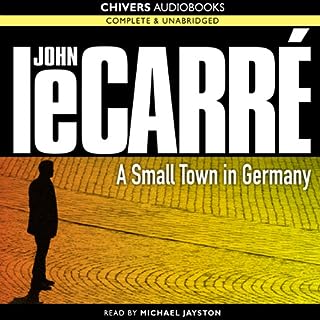 London's security officer, Alan Turner, is sent to Bonn to find a missing man and files, as Germany's past, present and future threaten to collide in a nightmare of violence.

Thoroughly worth its reputation as one of his best books. Classic suspense and believable plot, both on a factual and psychological level. Very well read. 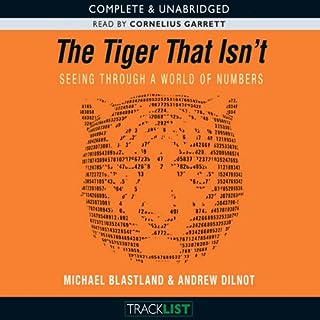 Numbers saturate the news, politics, and life. For good or ill, they are today's pre-eminent public language - and those who speak it rule. Quick and cool, numbers often seem to have conquered fact. But they are also hated, often for the same reasons. They can bamboozle not enlighten, terrorise not guide, and all too easily end up abused and distrusted. Potent but shifty, the role of numbers is frighteningly ambiguous. How can we sour our way through them? First, relax....

Important but not engaging

In the spirit of the BBC show More or Less, this book tries to educate us about how to understand the numbers we hear daily and how to put them into context.

Well written and read, but it is not exactly a suspense story. Although that is not the premise of the book, it still gets a bit too much at the end.

And I also suspect that the task (to educate us, that is) is rather hopeless, even though I would wish it wasn't. 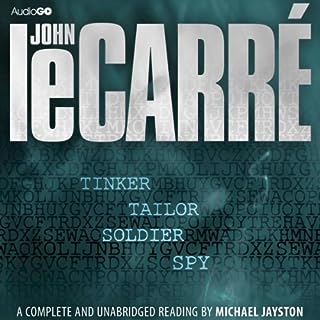 Mr George Smiley is small, podgy, and at best, middle-aged. He is disillusioned, wrestles with idleness, and has been deserted by his beautiful wife. He is also compassionate, ruthless and a senior British intelligence officer in short-lived retirement from the Circus the British Secret Service organisation situated in London. But Moscow centre has infiltrated a mole into the Circus and it’s more than likely that the perpetrator is Karla Smiley’s old adversary and his opposite number in Moscow.

A classic and very well read by Michael Jayston. I cannot praise it highly enough; my favourite audiobook. 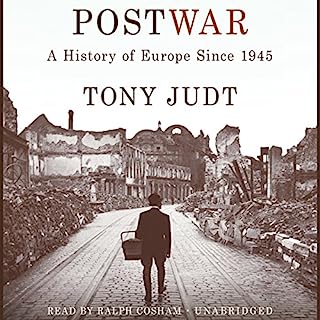 Almost a decade in the making, this much-anticipated grand history of postwar Europe from one of the world’s most esteemed historians and intellectuals is a singular achievement. Postwar is the first modern history that covers all of Europe, both east and west, drawing on research in six languages to sweep readers through 34 nations and 60 years of political and cultural change—all in one integrated, enthralling narrative.

And that is just the title.

Extremely knowledgable book, breathtakingly comprehensive and not afraid to offer some frank opinions. If this is not the definitive book on the subject, I do not know which is.

For anyone interested in the period, it cannot be more highly recommended.