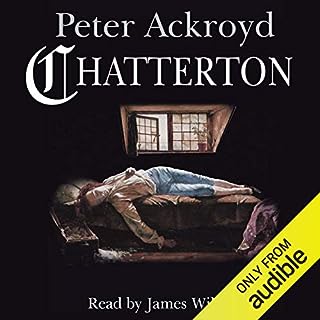 Poet, forger, and genius, Thomas Chatterton died in 1770, aged 18. His death was thought to be suicide: But what really happened? Two hundred years later, Charles Wychwood and Harriet Scrope become obsessed with decoding the clues in an 18th-century manuscript. Their investigation raises some intriguing questions....

A century before, as 19th-century artist Henry Wallis paints his celebrated portrait of Chatterton lying dead in an attic room, he, too, becomes fascinated by the mystery. Then Chatterton himself steps forward, with his own story....

I loved everything about this book. A clever plot with extraordinary characters, brought to life by the best narrator I have come across in my Audible journey.