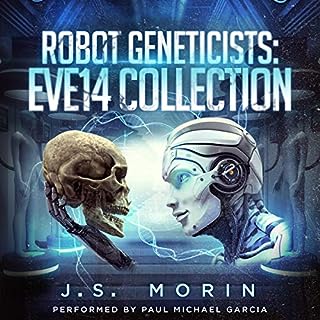 Earth...Population: 1. Her name is Eve14. She is the result of a 1000-year project by the robots of Earth to restore the planet after all life was wiped out in 2065. 27 robotic minds, copied from Earth's great scientists, carried on after the species died. Immortal, but with memories of sensations they can no longer experience, some renegade robots now have a daring agenda. They want human bodies.

Awful, predictable story and badly narrated. Written in a weird 1950's style (think detective of that era) with strange language and syntax. I actually thought it was written then so persevered but looked it up and it's modern. The narrator is very irritating and the voice grating. So bad I couldn't finish it (and that never happens). 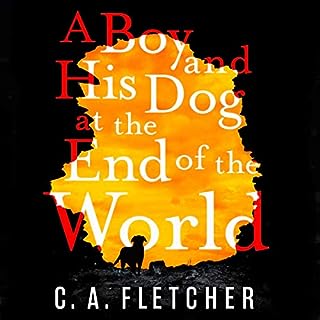 My name's Griz. I've never been to school, I've never had friends, in my whole life I've not met enough people to play a game of football. My parents told me how crowded the world used to be, before all the people went away, but we were never lonely on our remote island. We had each other, and our dogs. Then the thief came. He told stories of the deserted towns and cities beyond our horizons. I liked him - until I woke to find he had stolen my dog. So I chased him out into the ruins of the world.

A truly beautiful book, beautifully read by the author. I was swept away by the story and it has stayed with me.