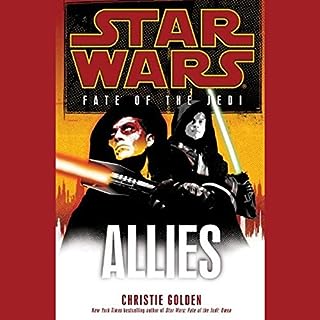 What began as a quest for truth has become a struggle for survival for Luke Skywalker and his son, Ben. They have used the secrets of the Mindwalkers to transcend their own bodies and speak with the spirits of the fallen, risking their very lives in the process. They have faced a team of Sith assassins and beaten the odds to destroy them. And now the death squad’s sole survivor, Sith apprentice Vestara Khai, has summoned an entire fleet of Sith frigates to engage the embattled father and son.

Very enjoyable volume to this fantastic series. It contains the familiar and exquisite quality you would expect from star wars audiobook products.