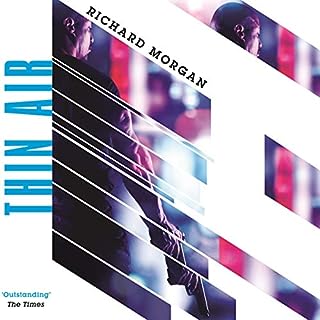 Richard Morgan has always been one of our most successful SF authors, with his fast-moving and brutal storylines, blistering plots and a powerful social conscience behind his work. And now he's back, with his first SF novel for eight years...and it promises to be an audiobook to remember. An ex-corporate enforcer, Hakan Veil, is forced to bodyguard Madison Madekwe, part of a colonial audit team investigating a disappeared lottery winner on Mars. But when Madekwe is abducted and Hakan nearly killed, the investigation takes him farther and deeper than he had ever expected.

Similar to his carbon series but not quite,

Close but felt it needed a tighter edit.... Only do many times you can hear overider before your eyes start rolling, worth a listen anyway 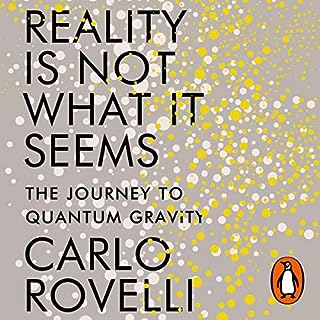 From the best-selling author of Seven Brief Lessons on Physics comes a new audiobook about the mind-bending nature of the universe. What are time and space made of? Where does matter come from? And what exactly is reality? Scientist Carlo Rovelli has spent his whole life exploring these questions and pushing the boundaries of what we know. Here he explains how our image of the world has changed throughout centuries.

accecesble , interesting but may need some chapters repeating as the middle section deal with some difficult and complex idess