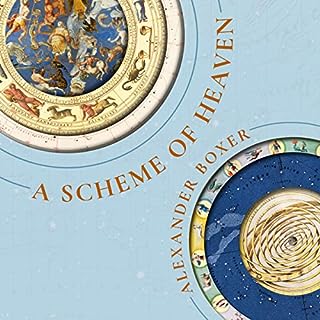 Humans are pattern-matching creatures, and astrology is our grandest pattern-matching game. In this ingenious work of history, data scientist Alexander Boxer examines a treasure trove of esoteric classical sources to expose the deep imaginative framework by which - for millennia - we made sense of our fates. Astrology, he argues, was the ancient world's most ambitious applied mathematics problem, a grand data-analysis enterprise sustained by some of history's most brilliant minds, from Ptolemy to al-Kindi to Kepler.

This is a wonderful book. Boxer treats the claims of astrology with skepticism, but he has a deep appreciation for its importance in human thought, both past and present. As a respected data scientist, Boxer brings an unusual rigour to his examination of astrology, and tellingly compares its claims with those of modern data science. Indeed, he treats astrology as the first attempt to find patterns and meaning in large quantities of data. He considers Karl Popper’s rigid binarism between science and pseudo-science as problematic, since it can prevent us from learning from a dispassionate consideration of a system such as astrology by automatically excluding it from serious consideration. While Boxer comes down firmly on the side of science, he also has enough intellectual curiosity and honesty to think deeply about the inherent problems of scientific method. He is a superb historian, never treating his subjects (or his readers) with condescension, and writes with grace and wry wit. Highly recommended. 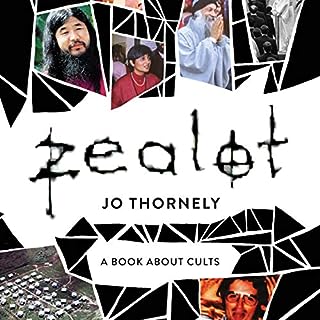 Why would anyone join a cult? Maybe they're unhappy with their current religion, or they want to change the world, or they're disappointed with their lives and want to find something bigger or holier that makes sense of this confusing, chaotic and dangerous world. Or maybe they just want to give themselves the best possible chance of having sex with aliens. Whatever the reason, once people are in, it's usually very difficult for them to leave.

This book is immensely entertaining, and had be snorting with laughter at many points. But somehow I felt that something important was missing: Thornely’s portraits of cult leaders and members from the 1970s until the present are ultimately caricatures. Many of the episodes described are funny because they are simply so strange or outrageous, such as Jim Jones’ sideline as a travelling spider-monkey salesman, or Bhagwan Rajneesh’s insatiable desire to acquire a hundred Rolls-Royces. Yet there is little attempt to try to understand the motivations of the various agents involved, apart from the obvious: the desire for money, power, and sex. I kept asking myself why people would turn their lives upside down to join a cult when such things can usually be had in radically less disruptive ways. Unfortunately, Thornely offers little reflective insight about such more complex motivations on the part of leaders or followers. Nevertheless, this remains a very funny book which I would recommend if you just want a good belly laugh at the extent of human folly. 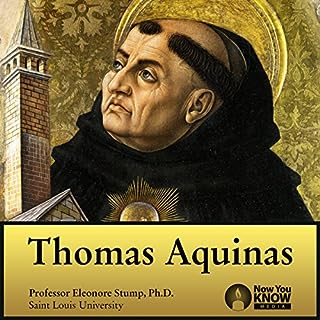 This course will have a profound impact on your faith and thinking. Thomas Aquinas, OP (1225-1274), is one of world history's most influential thinkers. His works indelibly shaped Western thought and Christian belief, and his brilliant ideas continue to resonate in universities and churches everywhere. But his complex thought can often seem inaccessible to most of us. In this superb course, taught by an internationally known Aquinas expert, you will tour his towering thought while gaining powerful insights into your faith.

Eleonore Stump is a leading scholar of mediaeval philosophy. Her presentation of Aquinas is systematic, accessible, and sympathetic. 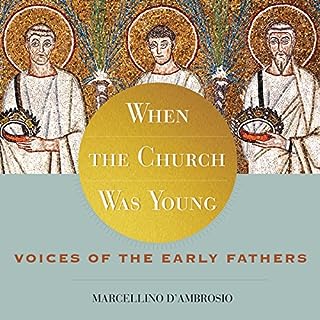 Marcellino D'Ambrosio dusts off what might have been just dry theology to bring you the exciting stories of great heroes such as Ambrose, Augustine, Basil, Athanasius, John Chrysostom, and Jerome. These brilliant, embattled, and sometimes eccentric men defined the biblical canon, hammered out the Creed, and gave us our understanding of sacraments and salvation. It is they who preserved the rich legacy of the early Church for us.

Traditional presentation of the early church

This book has much to recommend it, but also much that the reader (or listener) must take with caution. It’s a very pleasant and edifying listen. However, it has a number of fundamental problems. D’Ambrosio is constantly at pains to give the impression that the position currently held by the Roman Catholic church on any given issue is identical with that held by the early church fathers. For example, when discussing the Didache, he draws attention to the following passage: «οὐ μαγεύσεις, οὐ φαρμακεύσεις, οὐ φονεύσεις τέκνον ἐν φθορᾷ οὐδὲ γεννηθὲν ἀποκτενεῖς» (“do not engage in sorcery, do not make use of potions, do not abort a foetus or commit infanticide”). The prohibition of abortion and infanticide is repeated in the Epistle of Barnabas (19.5). But D’Ambrosio muddies the water by arguing that «οὐ φαρμακεύσεις» is a prohibition of “abortifacients and contraceptives.” This is not the case. In fact the first two prohibitions in this list refer to two different kinds of magic, the first carried out by incantations or ceremonies, and the second by the use of magical potions, for example to make the recipient fall in love with the operant of the magic. By arguing that the didache prohibits contraception rather than enchanted potions, D’Ambrosio evidently wishes to give the impression that the Roman Catholic church’s current prohibition of contraception has the seal of antiquity. Such distortions of the text undermine the reader’s trust, and lead to the suspicion that the author has an axe to grind.

Another problem with D’Ambrosio’s work is his approach to the question of heresy. Modern scholarship rejects the traditional notion that there was a pure core of belief that remained unchanged from the time of Jesus to the present, which various orthodox fathers merely articulated in increasingly more perfect terms. This view, promulgated by the church historian Eusebius, has now yielded to a more pluralistic view of the early church. Those who came to call themselves “orthodox” and “Catholic” were only one element in a much more complicated drama in which various groups, each believing themselves to hold correct beliefs about Jesus, all jockeyed for dominance. We have always known about these other groups. The orthodox apologists give us detailed, though naturally partisan, presentations of the beliefs of many of them. Modern scholars try to get behind the claims of the orthodox apologists to hear what these other groups were saying, without privileging the claims of any one of these groups. However, D’Ambrosio presents the traditional view, which takes the truth claims of the Catholic/orthodox party at face value. This results in a simple dichotomy between the goodies (Catholics) and baddies (heretics) which just doesn’t get us very far in our understanding of the dynamics of early Christianity.

In summary, the book is ok, but those looking for a more critical view might be better served by the books of Bart Ehrman, also available on Audible.