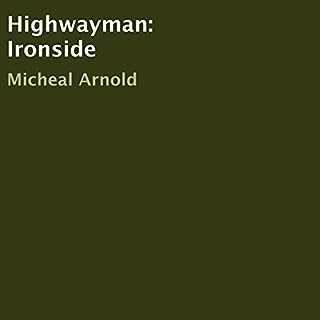 England: 1655. A nation reeling from the turmoil of bloody civil war. An island in the iron grip of Oliver Cromwell's Protectorate. The forces of King Charles have been utterly defeated. The sovereign is dead, his supporters beaten, humiliated, and scattered. But it is not just former Cavaliers who find themselves hounded by the new regime. Many of those who fought for Parliament have fallen foul of the oppressive rule of the Major-Generals. One such man is Major Samson Lyle: Roundhead, outlaw, fugitive.

Having already read this book in eBook format several years ago, I was intrigued to hear the recorded version, read by the author himself. I wasn't disappointed.
The story comes from the Commonwealth period of English history; a little known and understood time in the middle of the seventeenth century.
Let's hope for more from Michael Arnold.