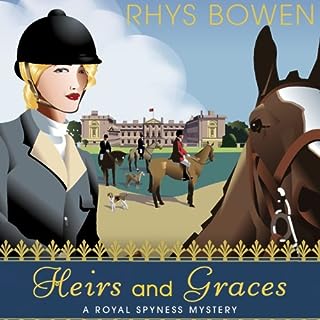 As 35th in line for the throne, Lady Georgiana Rannoch may not be the most sophisticated young woman, but she knows her table manners. It's forks on the left, knives on the right - not in His Majesty's back….

I found it quite tedious

It was ok but just dragged. It wasn't the worst in the world but not something I would want to listen to again. 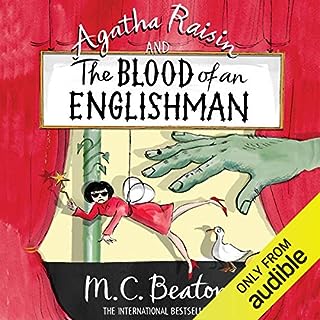 Even though Agatha Raisin loathes Christmas panto, her friend, Mrs Bloxby, the vicar's wife, has persuaded her to support the local am dram society in their festive offering. Stifling a yawn at the production of Babes in the Wood, Agatha watches the baker playing an ogre strut and threaten onstage until a trapdoor opens, followed by a scream and silence! Surely this wasn't the way the scene was rehearsed. When it turns out the local baker had been murdered most horribly, Agatha puts her team of detectives on the case.

I'm a dyslexic person who never picked up a book until I heard Penelope Keith read Agatha Raisin. Hilarious, cozy, loveable books read by the perfect for person for the job. I couldn't imagine Agatha as anyone else after hearing Penelope's version. Excellent!!! I wish Penelope Keith had played her on the TV adaptation.