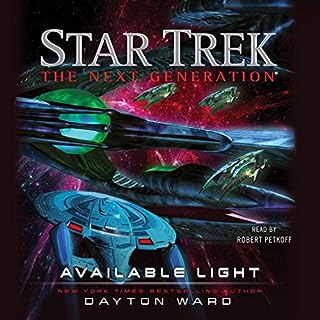 Section 31, the covert organization that has operated without accountability in the shadows for more than two centuries, has been exposed. Throughout the Federation, the rogue group’s agents and leaders are being taken into custody as the sheer scope of its misdeeds comes to light. Meanwhile, deep in the distant, unexplored region of space known as the Odyssean Pass, Picard and the crew of the Starship Enterprise must put aside personal feelings and political concerns as they investigate a massive, mysterious spacecraft.

Though it seems to be a gap filler leading up to collateral damage, it was entertaining enough to make you want to keep listening. 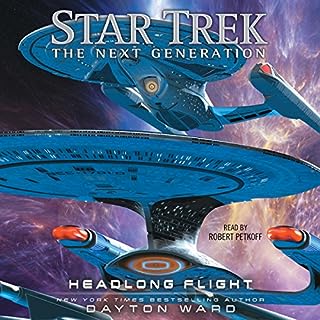 An exhilarating thriller from best-selling author Dayton Ward set in the universe of Star Trek: The Next Generation, following Captain Jean-Luc Picard and his crew as they explore the previously uncharted and dangerous Odyssean Pass.

Nice story, easy listening could get a little boring at times but if you like TNG, you will like this. 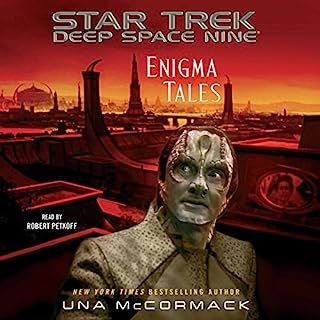 Elim Garak has ascended to Castellan of the Cardassian Union...but despite his soaring popularity, the imminent publication of a report exposing his peoples' war crimes during the occupation on Bajor looks likely to set the military against him. Into this tense situation come Dr. Katherine Pulaski - visiting Cardassia Prime to accept an award on behalf of the team that solved the Andorian genetic crisis - and Dr. Peter Alden, formerly of Starfleet Intelligence.

good continuation of Garak's story and well written.
I would recommend to anyone reading the DS9 series of books. 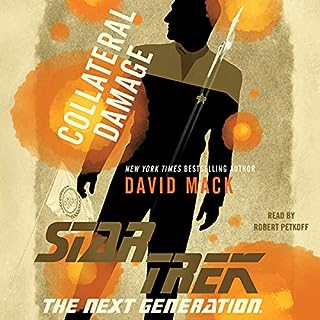 Great narration, good story line, quite gripping. if you have read previous books I would definitely recommend this one.