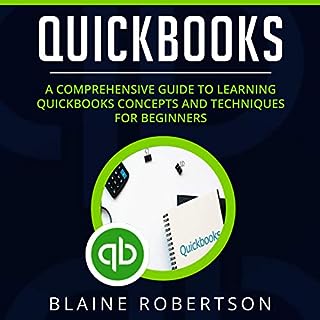 Have you ever felt like not going to your office for the day? Maybe you’ve wondered why you can’t just run your business off your phone. If this is you, then you’re in luck, because QuickBooks allows you to do just that! In this audiobook, you won’t simply learn how to start using QuickBooks, we’ll walk you through every step of the way and simplify it for your benefit.

It's Read without pausing - Difficult to Retain

The book is written like a list of sections and what you need to do in those sections of QuickBooks. It's not written like a story of what to do first and what to next and why, although it may be in the correct order.

The reader reads this book very fast and doesn't pause appropriately when starting a new point. That could be because the book is written like a list. It is also written as if without pause. the writer use terms like "Now" to start a new point, where "Next" or "Next step" would let the brain compartmentalise the point.

The brain needs time to file information to make it usable later, but there is not enough time between finishing one point and starting another.

To get the most from this book I recommend you do one of the following:

Get to know the chapters that cover what you want to learn and listen attentively no casually.
Listen several times so the brain catches up.
Listen and take notes, pausing as you need to.
Play the audio slower, however, he sounds monotone.

You know a good reader because when you slow down or speed up the audio they still sound good. 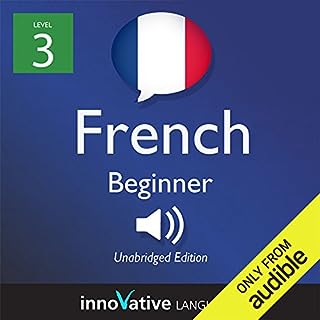 Congratulations! You have just discovered the fastest and most fun way to learn a language! Are you ready to discover the secret to language learning success? Simply use our program and you will find it. Hundreds of thousands of language learners just like you have already discovered the power of our system. This program offers you a brand new way to learn a language. You'll be speaking from your very first lesson with our fun, easy to use, and innovative method.

What’s the point of this?

Give back my time. This was just a pointless set of instructions. I should have read the reviews first. 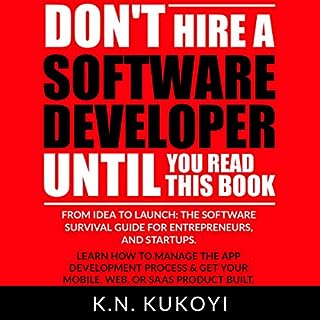 Increase your know-how with this practical software survival guide by a professional software delivery specialist and discover all the things you'll need to know if you're interested in tech entrepreneurship.

Robotic Reading: Great if you want to learn Words in English

The book may be very good, it was hard to tell.

The narrator reads words individually instead of reading the ideas in a sentence which how how we take in new information. My brain had to work so hard to put each word together I kept getting headaches.

Would love to find this book by a person who knows how to read educational material to an audience.