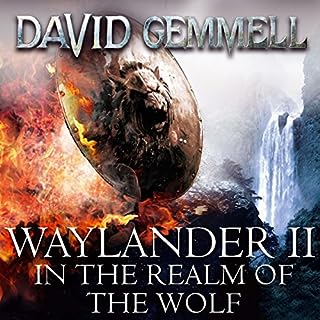 High in the wooded, peaked mountains of Skeln, the woodsman Dakeyras and his beautiful daughter, Miriel, live a life of harmonious solitude. Unbeknown to them, a group of grim-eyed, bloodthirsty warriors stalk the mountains. Men who have never known defeat, to whom revenge and torture are meat and drink. For 10,000 in gold they are eager to kill the woodsman. Battle-hardened warriors all, they have no fear of this task - but they should have.

I Cannot Keep Alive Those I Love

After surviving the first book, Dakeyras has a chance at the happiness that has always eluded him since the slaughter of his first wife and son. He has found Danyal and the girls, and in an effort to put his past life behind him, he takes them far away. But, fate is a cruel master and his happiness is short lived. Soon he has to travel far as Zhu Chao of the Gothir is bringing the tribes together to destroy the Wolfsheadi. But they are a warrior people and will not be defeated easily as their battle song shouts to all: “Nadir are We: Youth born; Axe Wielders; Victors Still". David Gemmell’s books are never short on heroes or action but, sadly, there is always a price to pay and, in this case, it was his pebble in the moonlight. 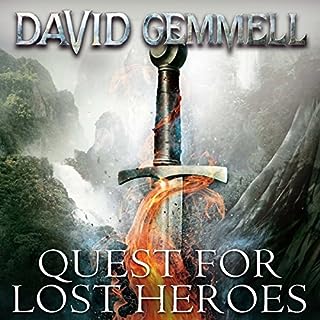 The Drenai fortress of Dros Delnoch has fallen, and blood-hungry Nadir hordes sweep across the land, bringing desolation and despair. But with the Nadir triumphant, slavers seize a young girl in the tiny realm of Gothir, and a peasant boy steps off on a quest that will shake the world. To rescue her, Kiall must cross the savage steppes and journey through the Halls of Hell, facing ferocious beasts, deadly warriors and demons of the dark. But the boy is not alone. With him are the legendary heroes of Bel-Azar....

The Ghosts Yet To Be

This is a time of heroes, albeit it ageing ones. It is a story of friendship, brotherhood, honour and, above all, love. It is also a book of sadness for those who will not make it to the end. 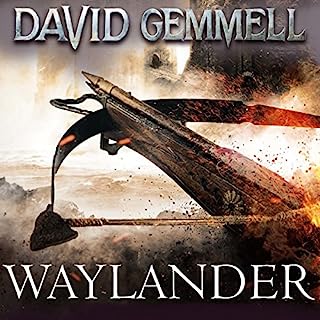 The Drenai King is dead - murdered by a ruthless assassin. Enemy troops swarm into Drenai lands. Their orders are simple - kill every man, woman and child. But there is hope. Stalked by men who act like beasts and beasts that walk like men, the warrior Waylander must journey into the shadow-haunted lands of the Nadir to find the legendary Armour of Bronze. With this he can turn the tide. But can he be trusted? For he is Waylander the Slayer. The traitor who killed the King...

No One Pays for Lambs

I loved this book, Waylander and I loved that, after all of the sadness he had suffered, he finally found happiness and the family he so longed for, although there was a moment when he almost didn’t make it. This is truly an absorbing series which I am so glad to have found … eventually! 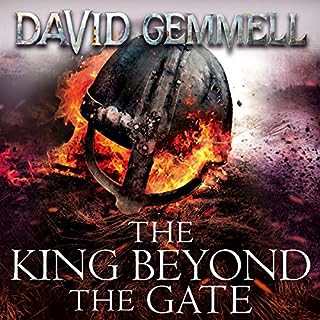 A century has passed since the heroic defence of Dros Delnoch. But the people of the Drenai face a new terror: a mad emperor kept in power by two forces of unsurpassed evil. The Joinings are werebeasts of awesome power. The Dark Templars are warrior-priests whose fighting skills are without equal. Against them the Drenai face certain defeat. One man, an outsider hated by the Drenai for his Nadir blood and despised by the Nadir for his Drenai ancestry, sets out to bring down the emperor.

They Chose to Dance

All those who choose to dance with Tanaka Khan pay the ultimate price, and there are many. I actually think that both Tanaka and Waylander are not that far apart in character. Both are men of honour in their own way. Both are loyal. Both are determined and both will ensure they do whatever it takes to achieve the goals they set themselves. Family is everything for them and woe betide any who try to threaten their safety. 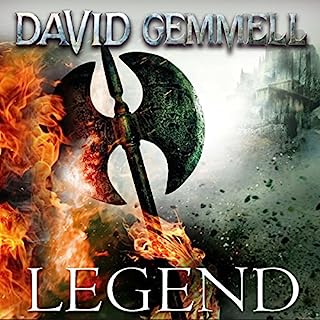 Druss, Captain of the Axe: the stories of his life were told everywhere. Instead of the wealth and fame he could have claimed, he had chosen a mountain lair, high in the lonely country bordering on the clouds. There the grizzled old warrior kept company with snow leopards and awaited his old enemy, death.

My Name is Death

“The Earl and The Legend will be together at the wall and men shall dream and men shall die, but shall the Fortress fall?” It has taken me a long time to discover David Gemmell books, but it has been worth the wait. This is a book that does not show its age and is one of courage, endurance, love and loss; a book well worth purchasing. 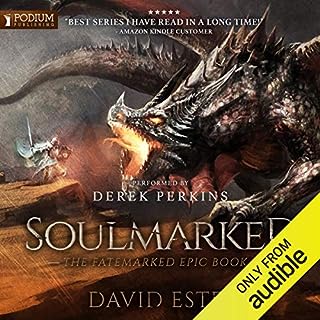 To the north, Annise Gäric ventures into the Hinterlands to discover the truth of the Sleeping Knights, who may be the only hope for her kingdom. Meanwhile, Tarin Sheary travels to Darrin in a desperate bid to repel the eastern forces amassing at Crow's Nest. Unbeknownst to either of them, a new threat rises in Blackstone.

Their Fate is Sealed

The Half Marked are joined; the key is complete; a lock is opened; their fate is sealed. 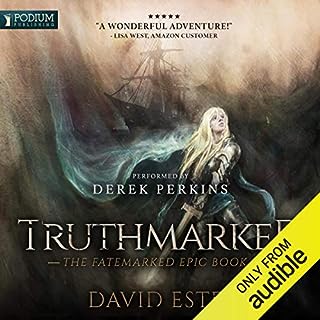 While Annise Gäric and her forces march on Castle Hill to retake the northern throne, her cousin, Rhea Loren, wages a naval war against Blackstone. Meanwhile, Roan Loren and Gwendolyn Storm struggle to breach the gnarled, vine-choked undergrowth of the Tangle in their quest to reach Knight's End and learn more of the true purpose of the fatemarked. In the south, a Calypsian empress is murdered, and her daughters fight to claim the empire and wage a civil war against their estranged father's armies. In Phanes, slavery runs rampant while a rebel group fights to free the oppressed people.

Although enjoying this fantasy so far, I do wonder about the male “heroes” in fantasy as, with the last few books I have listened to, they all seem to think with parts of their anatomy other than their brain and, therefore, come across as being quite weak. Moving on, I have the feeling that Bane may not be the good Fated that he was designed to be, but time will tell. Rhea is showing herself to be a rather nasty queen. Annise is hard to like, but no-one is perfect! I am looking forward to book 3 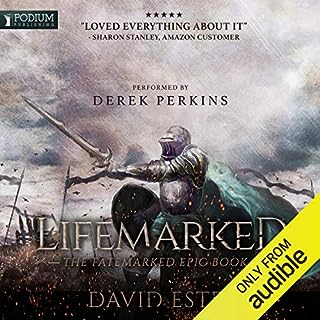 The Four Kingdoms and the fatemarked face the most powerful army the world has ever seen. In Phanes, Roan Loren, the Peacemaker, has high hopes for a united response to the threat from the Horde, but swiftly realizes the only true ally he has is his arch nemesis, Bane. Meanwhile, Rhea Loren, a new mother with a secret, must decide whether to protect her child or share what she knows with the fatemarked. The fate of the Four Kingdoms hangs in the balance in the epic finale to the Amazon number-one best-selling series!

The Fall of All Things

This last book, for me, was the best of the series. It brought everything together, but it was also very sad in many ways. The one storyline I did not particularly warm to was that of Annise and Tarin. I found it repetitive and concentrated too much on the couple, which caused me to fast forward. However, I loved Gareth for his sensitive nature; Gwen for her loyalty; Christoff Metz for his naivety and steadfastness; Mona for her innocence; Shanti for her strength. But above all, my favourite character has to be Siri for sheer spirit and endurance. This will be one I will listen to again as it was a powerful series, made all the more enjoyable by the narration of Derek Perkins, who will be added to my list of preferred narrators. 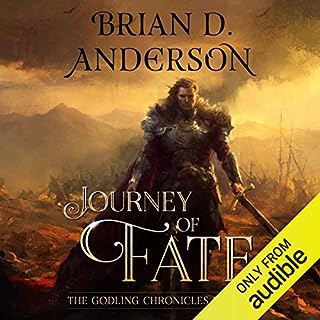 It has been 18 years since the fall of the Reborn King, and Jayden Stedding, son of Gewey, dreams of adventure. Life as a farmer in Sharpstone offers very little excitement. But like his father before him, fate will descend like a storm and soon he will learn that with adventure comes peril. And when you are the son of a god, that peril can shatter worlds. Heaven is once again in turmoil and Gewey Stedding is missing. And it falls to Jayden to find him. But his journey will take him places even the gods fear to tread.

If you get the world and character building right, then you’re more than half way there and this series had both. Moving forward 18 years, this book follows Jayden, Gewey’s son, who I have to admit not taking a liking to at all. That said, I enjoyed the book immensely. However, I did not find this book wrapped up the Chronicles at all, if anything it left the ending wide open, but I do not see another book coming, so I am not sure where it leaves us! 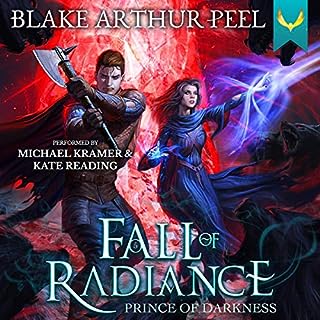 The end has come. The Arc of Radiance has been destroyed. Asmodeus, the Prince of Darkness, marches on Tarsynium with an innumerable demon host. It would seem that, at long last, the end of the world is here. The remnants of humanity gather in Tarsys, uniting their forces to make a final stand. A slim hope remains as Zara discovers an ancient spell capable of defeating the demons once and for all. Together, she and Owyn embark on a gambit to save the kingdom before it can be destroyed. Their success hinges on their friends holding back the R'Laar so they can try their desperate plan.

None shall pass by as we stand guard

‘Our solemn duty is to protect the borders of the realms of men from those enemies that would seek our destruction. The wilderness shall be our homestead. The sun and stars our only hearth. We will sacrifice everything, even our lives in defence of the kingdom and to the death of those who would do us harm. We are the watchers in the woods; the arrows in the darkness; None shall pass by while we stand guard’. And that is what they did, with tragic consequences. Heartbreaking. My only adverse comment would be that I could not take to Zara. I found her very arrogant. I am unsure whether this could be due to the narration of this character, but I could not warm to her at all. That said, I would thoroughly recommend this series to anyone who loves fantasy; just beware it will tear your heart out.