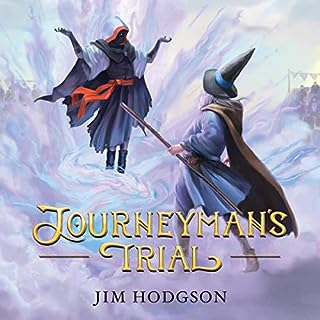 A missing friend. A magical catastrophe. When an evil conjurer crashes the wizard’s tournament, can one lowly apprentice save them all? Ozel is quickly realizing there’s more to being a wizard’s apprentice than reciting spells. Between protecting villagers from nefarious conspirators and preparing for the fast-approaching magical tournament, he has his hands full. So it’s little wonder he’s lost track of his close friend who seems to have disappeared without a trace.

This is the second book in this trilogy, and it's just as funny and fast-paced as the first. Robert Power bring Jim's characters to life, and the whole thing is a very engaging listen. Highly recommend! 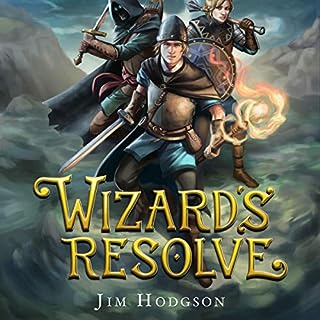 A dark power. A kingdom hurtling toward war. This young wizard is in a whole horde of trouble.... Ozel finds joy in his kingdom's peace. For the first time since the wizard discovered his true heritage, he's able to consider a future without danger and bloodshed. Prepared to settle down and open his enchantment shop, his dream slips away when King Usta requests his help against a terrifying enemy.... With the land of Dilara still reeling from magical catastrophe, Ozel and his friends may be the kingdom's best shot at overcoming a massive, unbeatable army.

Another brilliant book by Jim Hodgson

This is the final book in this series, and it was just as brilliant as the other two. Robert Power's narrating continues to be fantastic, and Jim has written a great ending to the series. Highly recommend! 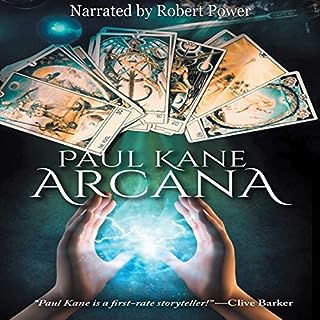 In an alternate world where real magic exists, its practitioners are hunted down by police officers called M-forcers. But some groups are fighting back! Callum McGuire is a new M-forcer who once worked the quiet streets of London. As an orphan, Callum has been brought up to believe that all magic is evil, but the more he sees of The M-forcers’ cruel methods (implemented by General Nero Stark, and his second-in-command Sherman Pryce), the more he begins to question whether or not they are right.

I'm a big fan of this genre, and this book is a great example of when it's done really well. Fast paced, dark and interesting, with wonderful narration by Robert Power. 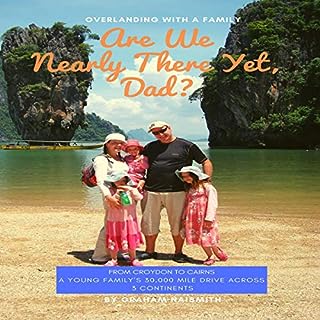 In January 2008, Graham Naismith, 37-year-old IT consultant and former police detective and his wife Eirene, aged 38 and a former teacher, spontaneously, and with no prior experience whatsoever, decided to embark on a 30,000 mile drive to Australia with their three daughters aged one, four, and six. Having previously sold their house in anticipation of a drop in the housing market and with Graham's job at the infamous ID Cards Scheme looking precarious, the climate was right.

This has been a joy to listen to. Great narration by Robert Power who really captures the voice of Graham Naismith. Highly recommend and great value for money as this is a chunky book. It flew by when listening to it! 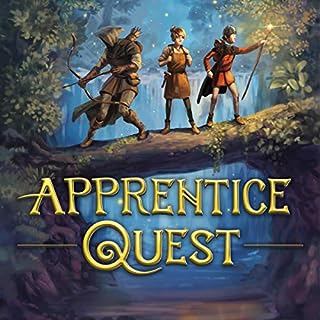 A hopeful orphan. An incredible wizard. One boy must do the impossible to change his life forever...Ozel wonders if he'll ever escape his angry, fat caretaker. As the orphan hopes for a better future, a mysterious wizard gives him the gift of an apprenticeship and some unbelievable magic. But when Ozel discovers he's the lone heir to a massive fortune, he'll need more than a few spells to claim it.

This is the first book of three, and I'm now waiting for the second book to come out on Audible! Jim Hodgson's story is funny and the characters really come to life under Robert Powell's expert narrating. It felt like value for money with a good story length and lots of great moments. Robert's characterisations are wonderful and each character has their own voice and personality. Highly recommend!