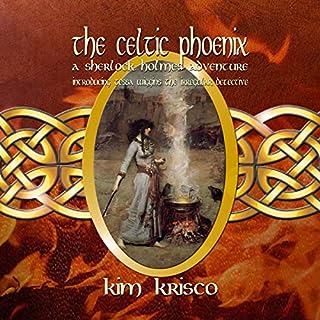 An enigmatic jewelry case, holding human remains, arrives at the cottage of Sherlock Holmes, enticing him from his retirement refuge in the Sussex Downs. Holmes sets out on the trail of the murderer taunting him, joining forces with one of his former Baker Street irregulars, Tessa Wiggins. The two find themselves battling forces arising from a time before England was a country - when the Celts were fighting for survival. Though set in 1919, The Celtic Phoenix is steeped in the enigmatic culture of the ancient Celts who reigned over much of Europe 3,000 years ago.

A novel take on a great classic

Kim Krisco has not only an eloquent and genuine gift in painting a variety of scenes, but also a stellar talent in bringing memorable characters to life.

His storytelling coupled with Rebecca Reed's narration made for especially enjoyable and repeat listening. I would recommend this work and his others to all fans of the original, classic Holmes adventures. 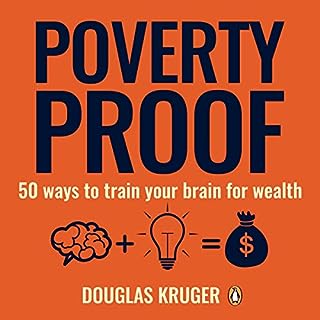 Why is it that some people work hard, yet remain poor? How is it that others seem to rise out of poverty and become affluent in a short span of time? The answers are in this little book, which everyone should listen to at some point in their life. If they did, they would know how to become rich relatively quickly. If not, they might spend years working back-breakingly hard, without ever breaking even. That’s how powerful the principles contained in this book are.

Douglas has provided some succinct and sound advice for wealth generation here. Although he often referrers to finance management using South African examples, his strategies transfer over to all peoples regardless of locale. I'd recommend this audiobook for all concerned with general finance management. It's a worthwhile listen to keep on repeat for the reprogramming of paradigms along with a general improving of ones personal growth.