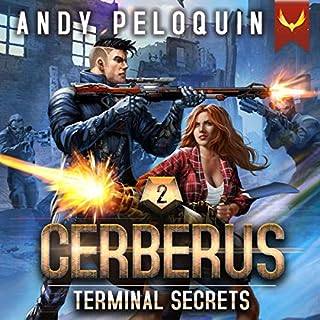 Nolan Garrett is on the hunt for traitors, and it just got personal! His targets: A pair of thieves who broke into a military armory. Already, the stolen high-grade weapons have flooded the streets of New Avalon with blood. Nolan’s pursuit brings him to the last place in the universe he’d want to go...home. On the planet he thought he’d left behind forever, he is swept up in a local war between his first love and his oldest enemy. In the heat of battle, he will uncover dark secrets that, if brought to light, could destroy him - and the woman he loved - forever.

This book was a really good listen. Nolan must return to the location of his youth and face the demon's and reunite with those who helped shape him. The entire book is one long running adventure with interspersed points of remembering and reconnecting. I found the book to be one I could hardly put down and wanted to listen to the end even when it was well past time to stop for the day.

The narration was outstanding. The character of the AI is done really well.

This book was provided free of charge and I voluntarily am providing an honest review. 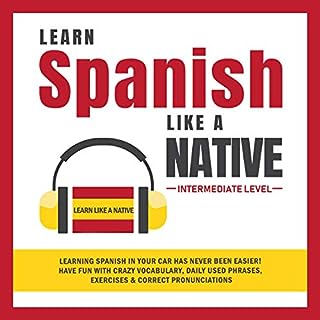 Do you know that 65 percent of people in Spain don't speak any English at all. Of the remainder, very few speak it well. What? Your beginner's Spanish isn't too bad. But it's precisely that: beginner's Spanish. Not the level where you can have full exchanges. While traveling to Spanish-speaking countries can be stressful and full of miscommunication, there is a doable workaround.

This book was helpful in learning how to correctly pronounce words. It used phrases that you would normally use in everyday activities to teach you and to reinforce it. You are given a chance to respond to ensure you say the words and phrases correctly. Good for when you are traveling. 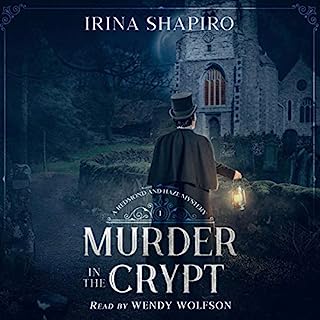 When the body of a young man is found stuffed into the tomb of a medieval knight, Parish Constable Daniel Haze is tasked with investigating his first solo murder case. Suspicion instantly falls on the only stranger to arrive in the village of Birch Hill just before the crime took place, but the American captain proves to be an unexpected asset. A former soldier and a skilled surgeon, Jason Redmond is not only willing to assist Haze with the investigation but will risk his own safety to apprehend the killer.

It seems that family secrets can lead to murder. This book took a little effort to get into but ended up being very good.
The book brought out how life in England was following the American civil war. The historical aspect added a different angle to the book. The mystery of the book was great. You really could not find out who was at fault until the very end.

The narration was very good.

This book was provided free in expectation of an honest review. 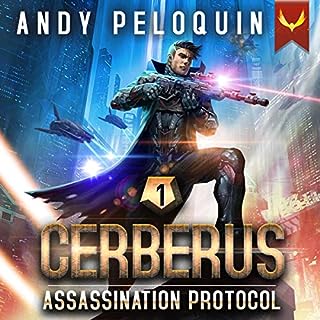 Armed with cutting-edge weapons and an AI-run cybernetic suit that controls his paralyzed legs, he is the fist in the shadows, the dagger to the heart of the Nyzarian Empire's enemies. Then he found Bex on his doorstep.... A junkie, high on the drug he'd fought for years to avoid, and a former elite soldier like him. So he takes her in to help her get clean - Silverguards never leave their own behind. If only he'd known his actions would put him in the crosshairs of the most powerful cartel in New Avalon.

This book was a refreshing surprise. It involved a flawed character who had struggled with failure and suffered with the feeling that he had failed his own brother. He was forced to do things he did not want to do in order that one day he might be able to redeem his brother. Though the brother did not play any part in the story other than a long term goal of the character.

He is continuously confronted by criminals who have equipment that they should not be able to obtain and is given assignments he finds contrary to the best interest of the world. The book is back to back adventure and is very well narrated with many distinct voices and a great deal of enthusiasm. I had never listened to Bronson Pinchot narrate before but now look forward to more of his works. Neither had I read or listened to any books by Andy Peloquin but look forward to this series.

This book was provided free of charge in expectation of an honest review. 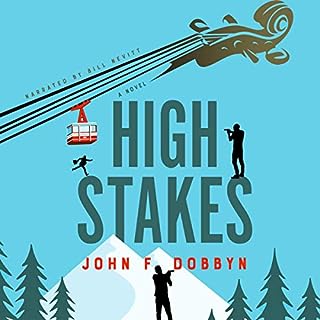 An authentic Stradivarius violin turns up in Romania. A Stradivarius is rare enough, but this one is even more special. It is thought to hold the code disclosing the location of a treasure hidden in the 15th century. The violin is steeped in haunting mystique: It is believed to have been hidden by Vlad Dracula, whose historic tyranny led to the fabrication of the myth of vampirism. Russian, Chinese, and Romanian gangs centered in Boston want the code and all of them are hot on the trail.

This was a very good book. It kept your attention throughout. The characters were believable and the excitement intense.

The narrator was outstanding as I have come to expect. 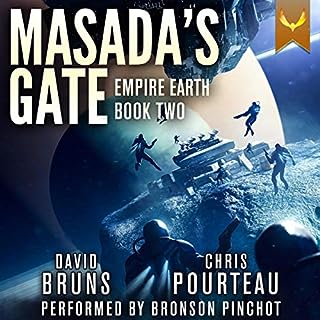 SynCorp’s leaders are on the run, and the Soldiers of the Solar Revolution are hot on their trail. A desperate Ruben Qinlao hides the injured Tony Taulke in the moon’s rundown barrio of Darkside. When the SSR attacks Callisto, Kwazi Jabari is pressed into service as the face of a revolution he soon begins to question. Orbiting Titan, Masada Station holds the Company’s treasure trove of tech secrets, and Cassandra Kisaan pulls out all the stops to secure ultimate victory by stealing them. Only Stacks Fischer, corporate enforcer, stands in her way.

This is book two of the series. I begins full bore and keeps on going. There are many times I did not think the characters would survive and when they did it was a real relief. The way that multiple threads are woven together is outstanding also.

The Narrator does a really fantastic job with the voices of the many characters.

This book was provided free of charge with the understanding that an hones review would be done. 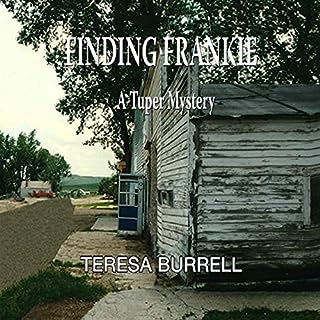 A hit-and-run driver leaves Tuper’s best friend for dead. But why? And how did Squirrely, a homeless man, acquire a duffle bag stuffed with thousands in cash, a pistol, and a 25-year-old newspaper? As Squirrely lies in a coma, Tuper’s techie sidekick Lana uncovers 50-year-old secrets about his connection to the death of a high school classmate. The cold case pops to the front burner when a second classmate dies in the same manner.

This book continues the adventures of characters from the main series. They are so real even when they are irritating as all get out. The excitement always keeps you wondering what is going to happen next and never leaves you with the answer until the very end. Love Terresa's writing as well as John's narration. 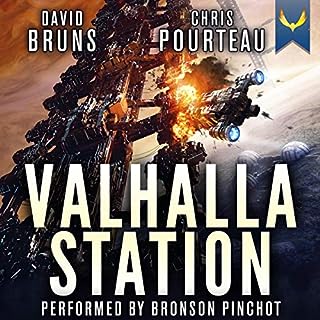 This book lived up to the billing of Space Opera Noir. It involved the interrelationship of 5 corporate organizations as someone tries to take them down and dismantle the entire solar infrastructure.

The book is gritty, as well as humorous as it details each of the characters.

It is well written and easy to listen to. The narrator does and outstanding job.

This book was provided free of charge with the expectation of a review. 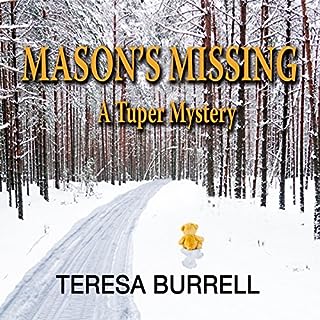 Tuper is helping find five-year-old Mason, who was presumably taken by his father, but when Mason's father is found unconscious, Mason has disappeared again. In an impossible search during a bitterly cold Montana blizzard, old cowboy Tuper and his hacker friend Lana's quest blurs into one of insanity and murder. As wounded Tuper fights to stay alive in the bitter cold, Lana searches cyberspace and finds someone is working hard to ensure certain secrets remain secret--especially Mason's true identity.

These characters are familiar as they were introduced to us in The Advocate Series. They continue to entertain us and I look forward to a lot more of these books. 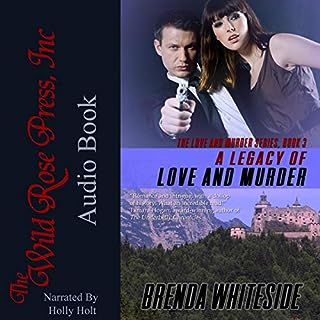 In Austria to meet her great-grandfather and explore his castle estate filled with priceless art, August Myer arrives to find he's died suspiciously...her life is in danger, turning this fairytale Alpine adventure into a nightmare of veiled threats, unexplained accidents, and murder. Inspector Tobias Wolf splits his time between his profession and fighting the spread of neo-Nazism...When August learns the handsome inspector is concealing a personal involvement, and the death of her great-grandfather is somehow connected, she takes the investigation into her own hands.

This book is exciting as it involves a people who are trying to take a family's inheritance for sinister purposes.

The writing is good and the excitement is never ending.

The narrator was great.