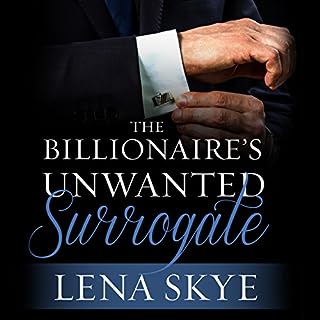 Biology student River-Lea Thompson's plan to be a surrogate mother for a rich billionaire and his wife was meant to be her way out of her debt problems. But she had no idea that her problems were only just beginning. Just weeks away from giving birth and Silicon Valley billionaire Matthew Chase has told River-Lea that he and his wife have separated and as a result the terms of the agreement will have to be adjusted.

narration suck... storyline wasn't as bad as I thought it would be. but the voice impression was hilarious. all most peed my self.,