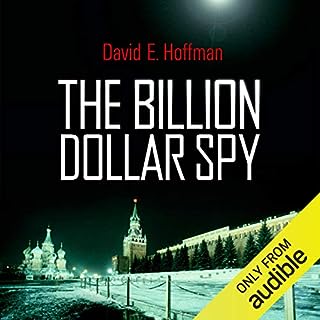 January 1977. While the chief of the CIA’s Moscow station fills his gas tank, a stranger drops a note into the car. In the years that follow, that stranger, Adolf Tolkachev, becomes one of the West’s most valuable spies. At enormous risk Tolkachev and his handlers conduct clandestine meetings across Moscow, using spy cameras, props, and private codes to elude the KGB in its own backyard - until a shocking betrayal puts them all at risk.

So interesting. Do read this alongside the other brilliant account covering UK’s intelligence successes The Spy and the Traitor. 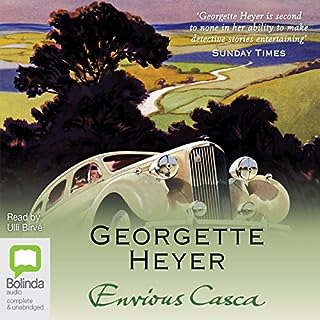 A holiday party takes on a sinister aspect when the colourful assortment of guests discovers there is a killer in their midst. The owner of the substantial estate, that old Scrooge Nathaniel Herriard, is found stabbed in the back. While the delicate matter of inheritance could be the key to this crime, the real conundrum is how any of the suspects could have entered a locked room to commit the foul deed.

Slow to start but becomes much better after a murder. Found the voice used for one of the main characters really irritating. But overall a good story. 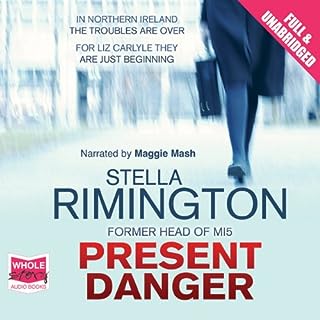 MI5 officer Liz Carlyle is posted to Northern Ireland. From the moment she lands in Belfast, danger follows. She soon discovers that the peace process in the province is precarious. Then a source reports strange goings-on at a house on the Irish Sea owned by the Fraternity, an organisation Liz suspects of being a front for renegade former IRA men. Its head is Seamus Piggott, an Irish-American with a gun-running past.

The story line was a bit weak at the end. Less credible. But the rest was good. 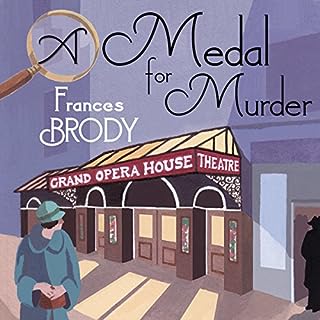 A Pawnshop Robbery: It's no rest for the wicked as Kate Shackleton picks up her second professional sleuthing case. But exposing the culprit of a pawnshop robbery turns sinister when her investigation takes her to Harrogate - and murder is only one step behind.... A Fatal Stabbing: A night at the theatre should be just what the doctor ordered - until Kate stumbles across a body in the doorway.

A good story with unexpected but plausible twists. More for a female audience in style. 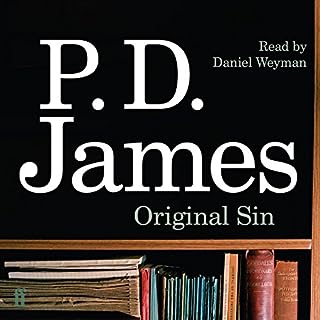 An Adam Dalgliesh Mystery. Set on the banks of the River Thames in the literary world, P. D. James' Original Sin is the ninth Adam Dalgliesh mystery and a brilliant work of crime fiction from the best-selling author of Death Comes to Pemberley. The Peverell Press, a 200-year-old publishing firm housed in a dramatic mock-Venetian palace on the Thames, is certainly ripe for change.

Kept me interested throughout. Didn't guess the climax in advance. One weakness the Jewish policeman.