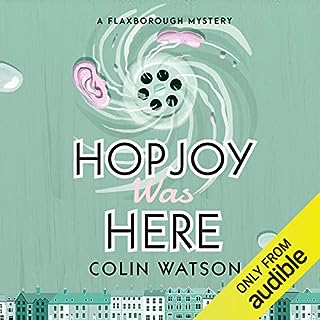 Net curtains twitch furiously, and neighbours have observations to make to Chief Inspector Purbright and Sergeant Love about the inhabitants of 14, Beatrice Avenue. Nice Gordon Periam, the mild-mannered tobacconist, and his rather less nice (in fact a bit of a bounder) lodger Brian Hopjoy had apparently shared the house amicably. But now neither man is to be found, and something very disagreeable seems to be lurking in the drains.... Then a couple of government spooks turn up, one with an eye for the ladies - the drama is acquiring overtones of a Bond movie!

I've been a fan on Mr Watson since the 1970s. The stories are clearly set in a different era but still display a warmth and humour that transcends the years. Mr Shepherd catching the tone just right. Mr Watson's writing is subtle, quiet and un-obtrusiveness but is full of partially hidden sex and violence. He is the understated English garden party version of Raymond Chandler, with a similar gift for descriptions - "[he had] eyes that looked like boiled eggs shoved into an open wound." " Mr. Shepherd reads this sublime writing perfectly. I look forward to more editions. 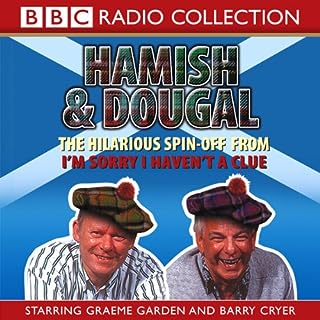 Hamish and Dougal, two elderly Scotsmen played by Barry Cryer and Graeme Garden, have for many years been a popular feature of the hit BBC Radio 4 comedy show I'm Sorry I Haven't a Clue. Now they've got their own series. Regular characters appearing with Hamish and Dougal include Mrs Naughtie, a cleaning lady-cum-housekeeper played by Alison Steadman, and a local laird played by Jeremy Hardy.

hamish and dougal are the audio version of a viz magazine. you could play this to a small child (or an American) without any embarrassment but play it to a grown up( nearly) audience and the single,double and even triple engenders lead to hysterical laughter. the writers build in a smutty comment, use it again and even a third time and it gets funnier. Barry Cryer and Graeme Garden are the most underrated comedians in the UK. This is an example of why they're still here 40years on. 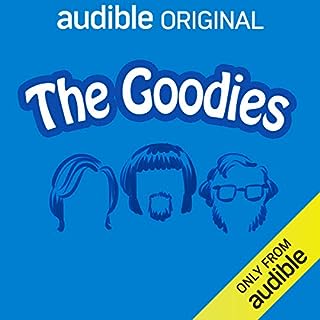 The Goodies save Britain, and about time

Whilst Tim, Graeme and Bill haven't been away entirely from radio (OK, Bill has been AWOL for a while, in a gilly suit in a forest) the Goodies have not been seen for over 30 years and now... they're back and nothing has changed, except the wonderful Dirk Maggs is now at the helm as director. The Goodies should have been as big as Python, and I say that as a big Python fan. It can't be easy to write sketches and skits but to write with the same creativity and lunacy and also have to have a narrative which links everything logically and chronologically takes genius. That's why I think Python's best work is at the cinema. The Holy Grail and Brian show real discipline and controlled talent. The Goodies did this brilliantly for 67 episodes but then faded away into the great entertainment ether.(Damn you, Bill Cotton) For some unforgivable reason the series has never been repeated, even on Dave! But now here they are and they are still brilliant. Bill and Graeme share writing credit but you can still identify Graeme's puns. He should have an OBE for services to comedy - without Graeme on 'Clue' and other quiz shows, we wouldn't have Tim Vine, Milton Jones, etc. Bill still writes funny songs and Tim still wears his union jack waistcoat but the comedy feels fresh, alive and marvelously groan-able. As with all the best puns you wonder why no one thought of it before. If you remember the Goodies, get this and relive your youth. If you're too young to remember, don't worry, it isn't your fault. Get this and turn your 'silly' monitor up and laugh out loud. Thank you Audible for bringing back a classic, and this time it's really worth it.