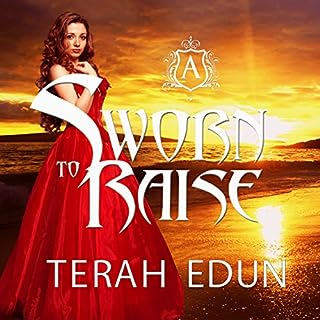 Amidst scandalous whispers, Ciardis finds herself chosen to train for the Companions Guild. She leaves her home and sets off on a personal journey to become a Court Companion. A position she'd never thought possible for a lowly servant to obtain, she must prove that she has the skills to attract a Patron.

It took me sometime to get used to the narrator, who gave the girls rather silly voices and emphasised inappropriate words (IMO). The plot was a bit drawn out by misunderstandings. Also, there were only a few even mildly likeable characters, except the heroin who was a bit too nice.

On the other hand, I did enjoy it! 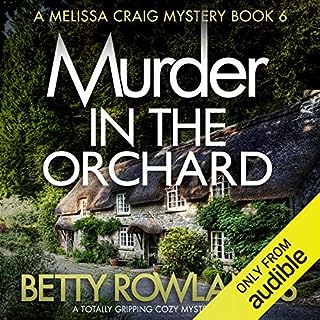 Melissa Craig is struggling with her new novel, so when the invitation arrives to visit a nearby country house for some writing time, she decides a bit of peace and quiet is just what she needs. The house is everything she could have hoped for, even if the staff do seem rather unsettled. She has barely unpacked when the owner of the house persuades Melissa to investigate some threatening notes he has received. But before she can do any digging, he is found murdered in his own orchard.

I do mainly like these relaxing books. However, I’m inclined to listen/read a series one after the other and this emphasises any writing/narration habits.

The narration is not exactly bad, but there are very often strange emphasises on words (by raising the pitch) which has begun to drive me so mad, that it will be some time before I listen to another. 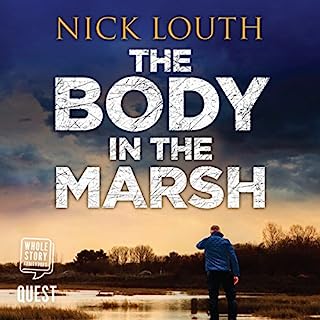 Criminologist Martin Knight lives a gilded life and is a thorn in the side of the police. But then his wife, Liz, goes missing. There is no good explanation and no sign of Martin.... To make things worse, Liz is the ex-girlfriend of DCI Craig Gillard who is drawn into the investigation. Is it just a missing person or something worse? And what relevance do the events around the shocking Girl F case, so taken up by Knight, have to do with the present? The truth is darker than you could ever have imagined.

Interesting, but too long and drawn out

This story took a long time to get going (for me), but I eventually got hooked into the plot - even though I found said plot rather far fetched.
I liked the drawn out ending as, by then, I’d become more interested in what happened to the characters.
I would rate the narrator a good average as some of the accents were a bit iffy, but the emphasis and timing seemed okay.
The whole story came across as rather old fashioned, even though it was mostly set in 2016. 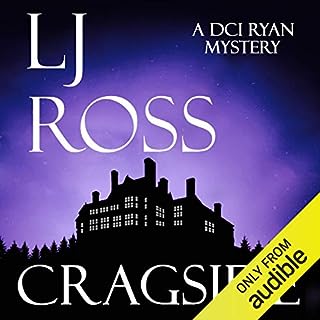 After his climactic battle with notorious serial killer The Hacker, DCI Ryan is spending the summer with his fiancée within the grounds of Cragside, a spectacular Bavarian-style mansion surrounded by acres of woodland. When they are invited to attend the staff summer party - a Victorian murder mystery evening - it's all a joke until the lights go out and an elderly man is found dead. It looks like an unfortunate accident but, as the dead man's life begins to unfold, Ryan and his team of detectives realise that all is not as it appears.

I like this series - I don’t really know why, because I don’t like the main character - who is petulant and takes out his own anguish on his friends and long-suffering girlfriend. Also, oddly, they all accept him writing on their walls ......

In spite of these complaints, I do like sensible, easy listening with pleasing plots. 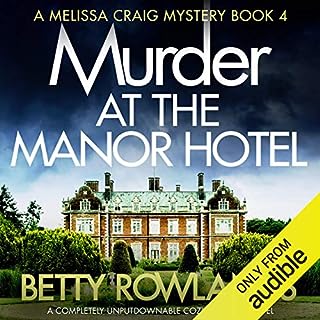 Melissa is delighted when she’s asked to help put on a play at her favorite local Cotswolds hotel. There’s nothing she loves more than getting to know the cast, who are just as colorful behind the scenes as they are onstage. Rehearsals are running smoothly until the perpetually grumpy supporting actor is found spread-eagle at the bottom of a steep flight of stairs leading to a cellar. As Melissa tries in vain to save his life, she is sure she can hear voices nearby and suspects there is more to this accident than meets the eye.

This series is easy listening, interesting and generally pleasant. The narration is okay until it comes to conversations, where the narrator makes the characters (particularly women) speak with strange emphasis and unexpectedly high pitched tones - particularly if they are being funny. Very annoying indeed. 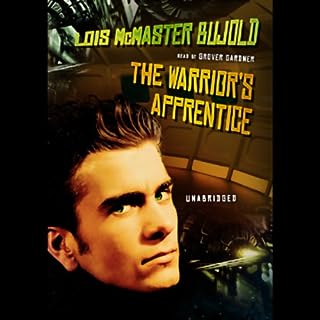 Miles Vorkosigan makes his debut in this frenetic coming-of-age tale. At age 17, Miles is allowed to take the entrance exams to the elite military academy; he passes the written but manages, through miscalculation in a moment of anger, to break both his legs on the obstacle course, washing out before he begins. His aged grandfather dies in his sleep shortly after, for which Miles blames himself.

An excellent book - a little longwinded at times

The characters in this book are excellently drawn. I wanted to know more about all of them.

Although I could see most of the plot coming towards me (I read a lot) - I couldn’t wait to hear it anyway. My criticism would be that it could be a bit long winded, which is particularly distracting at exciting or pivotal parts of the story. 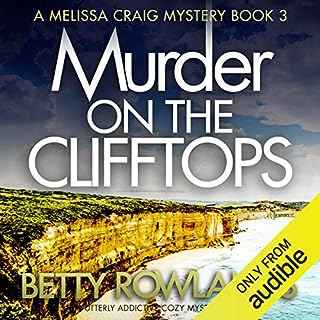 A delightful afternoon stroll turns to disaster when the guests of an artists’ retreat in the French mountains spot the body of a man at the bottom of a cliff. Amongst them is Melissa Craig, who, binoculars at the ready, suddenly finds herself at the center of a very puzzling mystery. Was it an accident, or was he pushed? Her suspicions are confirmed when another body is found days later in almost the exact same spot. It can’t be a coincidence; someone in this idyllic French village is up to no good, and it’s up to her to find out who.

I’ve enjoyed Betty Rowlands first three books in this series.
The characters are well described and interesting and the plot drew me in.
In general, the narration is good, but there is an irritating (to me) tendency to give characters a silly coy voice when they are conversing - particularly questions. It’s distracting to the point of annoying. 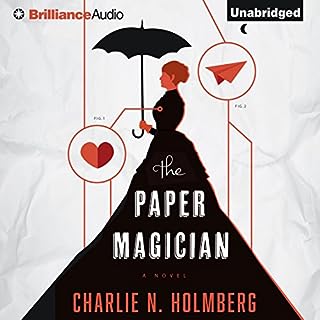 Ceony Twill arrives at the cottage of Magician Emery Thane with a broken heart. Having graduated at the top of her class from the Tagis Praff School for the Magically Inclined, Ceony is assigned an apprenticeship in paper magic despite her dreams of bespelling metal. And once she's bonded to paper, that will be her only magic... forever. Yet the spells Ceony learns under the strange yet kind Thane turn out to be more marvelous than she could have ever imagined.

A light read, but quite interesting and pleasant. A little too perky in tone for me, for example, “she almost stamped her foot”.

The narration was also a bit too perky and emphatic for my taste. I’m not sure I would read another. 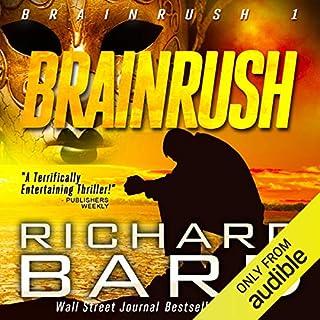 When terminally ill combat pilot Jake Bronson emerges from an MRI with extraordinary cognitive powers, everyone wants a piece of his talent including Battista, one of the world s most dangerous terrorists. To save his love and her autistic child, Jake is thrust into a deadly chase that leads from the canals of Venice through Monte Carlo and finally to an ancient cavern in the Hindu Kush Mountains of Afghanistan where Jake discovers that his newfound talents carry a hidden price that threatens the entire human race.

This book made me cringe

I've only read the first few chapters, but the constant cringe-worthy descriptions of how people look and the predictable story line was a great disappointment. I had such high hopes.

The narrator was good - poor chap. 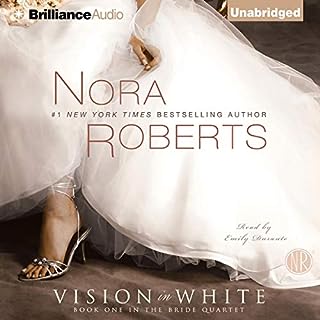 The women at Vows - a wedding planning company in Connecticut - make it their business to create memorable events for couples sealing their bonds. And though the bonds among Parker, Emma, Mac, and Laurel may not be official, they are very real - and equally worthy of celebration.

This book was so light and fluffy, it almost didn’t exist. It will be intersting to see if the rest of the series develops the characters,and plot with more depth.