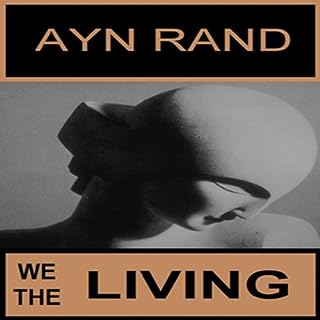 We the Living portrays the impact of the Russian Revolution on three people who demand the right to live their own lives. At its center is a girl whose passionate love is her fortress against the cruelty and oppression of a totalitarian state. Rand said of this book: "It is as near to an autobiography as I will ever write."

Nothing can demonstrate the grandeur of life so much as it's struggle against servitude. We the living tells the story of Kira, a shining light that refuses to be put out by the suffocating invasions of every aspects of one's life perpetrated by communism. More so than in Rand's other novels, we the living managed to tell this story in a complex, human, and subtle way. Long and overly repetitive lip service to her philosophy is substituted by a gripping narrative punctuated by terse insights into the Soviet union. Put down 1984, whose villains are too obviously evil, and pick up We The Living, which will show you how evil never presents itself as such. 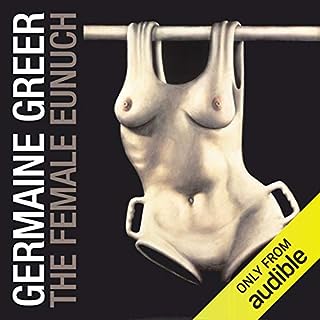 A worldwide best seller, The Female Eunuch is a landmark book in the history of the women's movement and a ground-breaking feminist tract. Drawing from history, literature, and popular culture - past and present - Germaine Greer's searing examination of women's oppression is both an important social commentary and a passionately argued polemical masterpiece. This is one of the most famous, most widely read books on feminism ever written.

Don't bother. Seriously. You won't learn anything. At most it will give you a good laugh. the narrator is pretty good, even if she does say libido in a funny way. 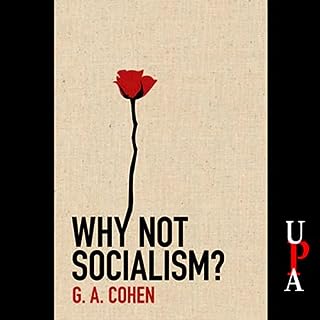 Is socialism desirable? Is it even possible? In this concise book, one of the world's leading political philosophers presents with clarity and wit a compelling moral case for socialism and argues that the obstacles in its way are exaggerated. There are times, G. A. Cohen notes, when we all behave like socialists.

It should have been longer or more in depth. It doesn't show Cohen at his best

This really is a short introduction and scratches the surface of Cohen's philosophy. The topic is too big and the book too short to really be meaningful. Cohen's best work is when he really analyses a small point very finely, and that does not show up in this book. 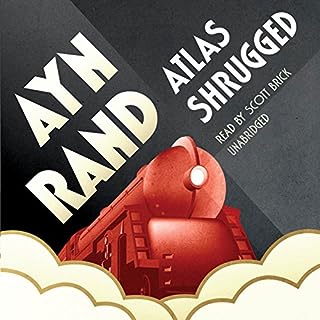 In a scrap heap within an abandoned factory, the greatest invention in history lies dormant and unused. By what fatal error of judgment has its value gone unrecognized, its brilliant inventor punished rather than rewarded for his efforts? In defense of those greatest of human qualities that have made civilization possible, one man sets out to show what would happen to the world if all the heroes of innovation and industry went on strike.

1984 and Thus Spoke Zarathrustra have a child

Atlas shrugged is first and foremost Original. it follows no standard story arch or character model, but to enjoy it you have to treat it as an inspirational novel rather than as a philosophical treatise.

Characters are larger than life and it is obvious who are the heroes and who are the villains. But this starkness only adds to the grandeur of the novel; it is more like Lord of The Rings than Game of Thrones. However, the villains aren't really villains as such. The people that the protagonists struggle against aren't like 'the party' in 1984. They aren't so clearly evil (from the reader's perspective). instead, little by little, they subvert the world all in their genuinely stated aim of 'the common good,' and this subversion is believable. Indeed, it's more believable that the world could progress as Atlas Shrugged describes, little by little, all in the name of supposed altruism, than it is believable that the hyperbolically authoritarian world of 1984 should come about. The current price controls imposed in Venezuela, and the resultant shortages, may well have described the United States in Rand's Novel.

there are lots of speeches, and in between the progression of the storyline, you will hear familiar platitudes. the style of pronouncements is just like that of Thus Spoke Zarathrustra, and I recommend absorbing it as a poetic philosophical emotions, rather than a serious philosophical work. so long as you do this, the speeches will just add to the larger than life character of the protagonists (though it may be useful to increase the speed).

The story itself was my favourite bit. It foreshadowed itself effectively, maintaining connection between the earlier and later parts of the book. It wasn't completely predictable, but it hinted at what would happen next. The core concept had never, to my knowledge, been explored before, and even if you disagree with Rand's descriptions, it is worth asking yourself what would happen if industrialists disappeared. As stated earlier, the direction of national policy is perhaps the most relatable element of the story, whereas the characters are aspirational. listening to them overcome can be quite a boost to your own morale. The only part of the story I was a little perplexed with was the not too infrequent dive into Rand's sexual machinations, but hey, that's not necessarily bad.

Don't treat it as a work of philosophy, and you'll be inspired by an epic story.