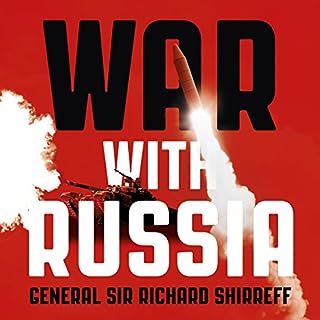 Closely modeled on his NATO experience of war gaming future conflicts, War with Russia is a chilling account of where we are heading if we fail to recognise the threat posed by the Russian president. Written by the recently retired Deputy Supreme Allied Commander Europe and endorsed by senior military figures, this audiobook shows how war with Russia could erupt, with the bloodiest and most appalling consequences, if the necessary steps are not taken urgently.

Makings of a great story, i feel sometimes large parts of the plot were brushed over. Other than that well its narrated and quite the warning. 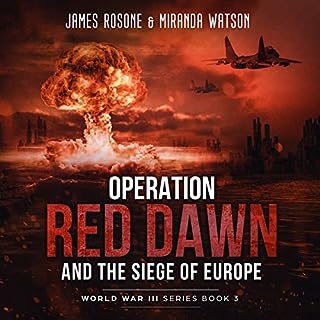 In Operation Red Dawn and the Siege of Europe, we see what happens when war arrives on the shores of the US. As Chinese and Russians attack the frontier of Alaska, American forces are stretched thin. With battles raging in Europe, the Islamic Republic, and on their own doorstep, what will President Stein decide to do?

Wake up the narrator

First book was great, second was great and i feel this one could be too if the narrator would just wake up. Very poorly performed in a monotone voice and lots of words not said all the way through. The story is good but with the current narrator its pretty much un-listenable