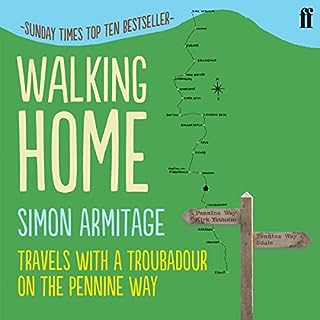 In summer 2010 Simon Armitage decided to walk the Pennine Way. The challenging 256 mile route is usually approached from south to north, from Edale in the Peak District to Kirk Yetholm, the other side of the Scottish border. He resolved to tackle it the other way round: through beautiful and bleak terrain, across lonely fells and into the howling wind, he would be walking home, towards the Yorkshire village where he was born.

Familiar Countryside that I didn't recognise.

I'm not sure about this book I enjoyed the walk but I know, and have often walked, a lot of the middle sections of the Pennine Way. Somehow I didn't recognise any of the places from the word pictures that Simon Armitage painted. I found that this bothered me. I also found that I only got a very superficial view of the people he met along the way. I have read many books about walking, in familiar and unfamiliar surroundings and most I found more engaging than this one. 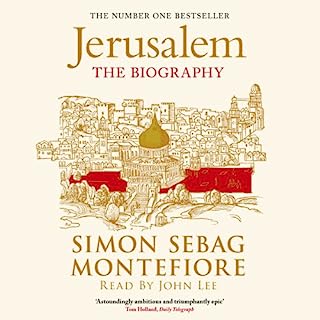 Jerusalem is the universal city, the capital of two peoples, the shrine of three faiths; it is the prize of empires, the site of Judgement Day, and the battlefield of today's clash of civilizations. From King David to Barack Obama, from the birth of Judaism, Christianity, and Islam to the Israel-Palestine conflict, this is the epic history of 3,000 years of faith, slaughter, fanaticism, and coexistence. How did this small, remote town become the Holy City, the 'centre of the world' and now the key to peace in the Middle East?

Interesting but ultimately too long

There was a lot in this book that was interesting and informative but it somehow couldn't hold my attention for long periods of time. In small chunks I found it worthwhile and I never felt like giving up on it but often took a break from it. As a result, it took me a lot longer than usual to get through it.

Would you recommend Jerusalem to your friends? Why or why not?

Probably not. I might suggest it to a friend who had an interest in the subject but I don't think it would inspire anyone if the interest wasn't already there.

I had no problem with John Lee's narration It suited the subject.

Did Jerusalem inspire you to do anything?

I started off being very interested but as the book went on, each episode seemed to be dealt with in the same way and at a similar pace. It is a long book and my interest steadily waned. I always listen to unabridged versions but perhaps, in this case, I would have been better making an exception. 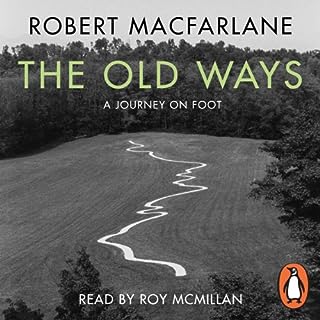 In The Old Ways, Robert Macfarlane sets off from his Cambridge home to follow the ancient tracks, holloways, drove-roads, and sea paths that form part of a vast network of routes crisscrossing the British landscape and its waters, and connecting them to the continents beyond. The result is an immersive, enthralling exploration of the ghosts and voices that haunt old paths, of the stories our tracks keep and tell, of pilgrimage and ritual, and of song lines and their singers. Above all this is a book about people and place.

Not easy but worth the effort.

It took me a little while to get used to the 'voice' of this book. Very descriptive, reflective, introspective, I'm not sure how best to describe it. It conjured some rich word pictures but at times it seemed to require too much concentration and I'm sure I missed some of the detail. I don't want to be over negative; It did keep my interest and I really enjoyed the journey. 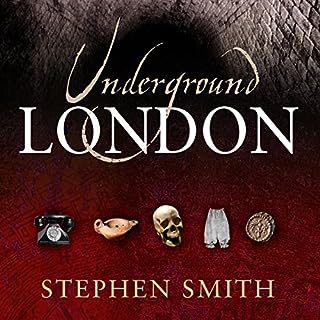 What is visible to the naked eye has been exhaustively raked over; in Underground London, acclaimed travel writer Stephen Smith provides an alternative guide and history of the capital. It's a journey through the passages and tunnels of the city, the bunkers and tunnels, crypts and shadows. As well as being a contemporary tour of underground London, it's also an exploration through time.

Interesting and engaging but...

This book held my interest and is written in an accessible and engaging style. I enjoyed it and found much of it fascinating. The 'but' is that although it has been written in a clearly male voice it is read with a female voice, at times, this just sounds wrong.