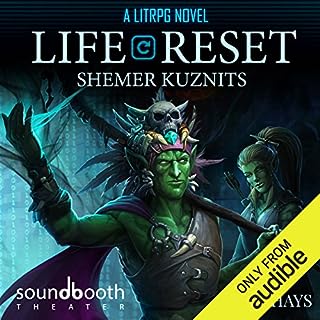 After being betrayed and cursed by an extremely rare spell, Oren, a powerful and influential player, finds himself as a first-level goblin! Without even a fraction of his previous power, he vows to pull through and have revenge on those who betrayed him. His thorough knowledge of the game's world and his unique ability to immerse himself entirely are his only advantages. But first, he must figure out how to survive long enough playing what is basically a low-level fodder monster!

If you enjoy having an MMORPG's rulebook read to you with all the panache of an excel spreadsheet, THIS is the audio book for you! To be fair to the narrator, Jeff, and his producer go to great lengths to try and make the story seem at least a little interesting. However, it's an uphill struggle. 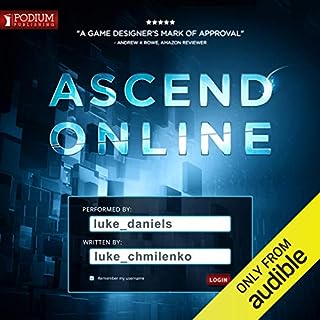 Diving into a revolutionary new video game, Marcus and his friends escape a stagnant society, entering into a world that defies their wildest imaginations. But from the moment that he logs in, Marcus finds himself separated from his friends and thrown into a remote village under attack by a horde of goblins. Forced into battle, Marcus rallies the beleaguered villagers and, with their help, manages to drive off the invading creatures. With the village in ruins and their supplies spoiled, the villagers turn to Marcus for help in rebuilding the village.

First 30 chapters read like a consol peasant recalling a dream they had after they caught a glimpse of WoW the night before. After that it gets a little better, though there's almost no need for this to be a "gamer" book, beyond death not being permanent. If you haven't read them yet go pick up "SpeedRunner Tower of Babel" or "The Gam3" to see excellent examples of the genre. 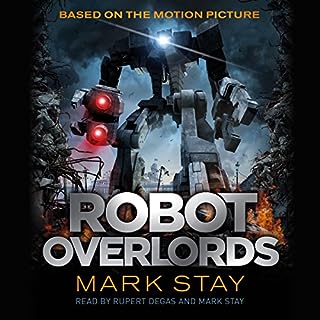 Narrated by Rupert Degas, and behind-the-scenes diaries narrated by the author and screenwriter Mark Stay. This audiobook also features exclusive sound effects from the film. To find his father, one boy must defy an empire.... Three years ago, Earth was conquered by a force of robots from a distant world. They have one rule: stay in your homes. Step outside and you get one warning before you're vaporised by a massive robot Sentry or a crawling Sniper or a flying Drone.

Beautifully performed. Written for advanced 8 year olds who can name every dinosaur and have made a few of them from blocks of wool in minecraft.

Wasn't expecting a great deal. Expecting the hype to be just that. I was wrong, it wasn't. Possibly the most accessibly enthralling book I've read this year. 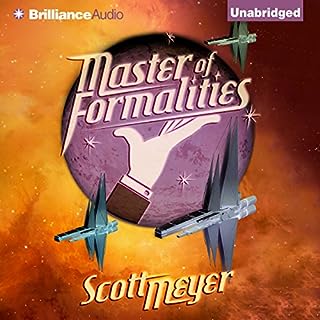 Even when finding oneself engaged in interstellar war, good form must be observed. Our story is set thousands of years after the Terran Exodus, where two powerful, planet-dominating families - the elegant House Jakabitus and the less refined Hahn Empire - have reached a critical point in their generations-long war. Master Hennik, the Hahn ruler's only son, has been captured, and the disposition of his internment may represent a last and welcome chance for peace.

like all Scott Meyer titles, if you see the twist coming you're not looking hard enough. 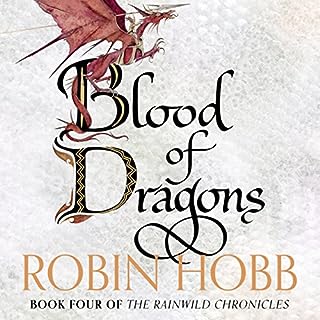 Dragon blood and scales, dragon liver and eyes and teeth. All required ingredients for medicines with near-miraculous healing powers. The legendary blue dragon Tintaglia is dying of wounds inflicted by hunters sent by the Duke of Chalced, who meanwhile preserves his dwindling life by consuming the blood of the dragon’s poet Selden Vestrit.

the best story ever murdered

Would you try another book written by Robin Hobb or narrated by Anne Flosnik?

I'm a huge fan of the Rain Wild books. This was to be the best of them all with dragons finally taking to the air and so many loose ends to tie up. It utterly beggars belief that you'd get Anne Flosnik to read this. She reads like she's being paid by the word and her rent is overdue. I've never had to listen to a book at half speed before just to make it sound at least vaguely dramatic. I'm utterly and completely at a loss to recommend this to anyone based on that performance. If anything this has murdered my experience of Robin Hobb's writing and audio books in general.