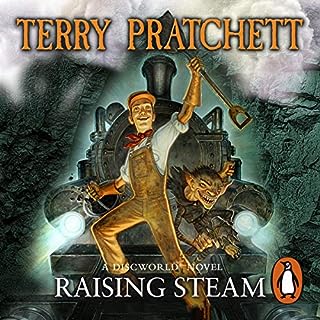 To the consternation of the patrician, Lord Vetinari, a new invention has arrived in Ankh-Morpork - a great clanging monster of a machine that harnesses the power of all of the elements: earth, air, fire and water. This being Ankh-Morpork, it’s soon drawing astonished crowds, some of whom caught the zeitgeist early and arrive armed with notepads and very sensible rainwear.

Another entertaining read from Terry Pratchett

What made the experience of listening to Raising Steam the most enjoyable?

Catching up with the antics of Mr Von Lipwig and friends and seeing Vimes in action again.

What was one of the most memorable moments of Raising Steam?

Vetinari's manipulation of characters into accepting his view of the steam engine. He is definitely one of my favourite characters.

Which character – as performed by Stephen Briggs – was your favourite?

For me Stephen Briggs will always be the voice of Commander Vimes. No other narrator can do Vimes justice.

Being an avid Pratchett fan the release of Raising Steam could not come soon enough. I gave it a virtually uninterrupted listen as soon as it was released, and have listened to it subsequently at a more leisurely pace. It is a thoroughly enjoyable and entertaining story but for me, unfortunately it doesn't quite hit that five star mark. Although there is still a lot of witty word play I felt that the dialogue between characters just lacked some of it's humour and subtle word play. Also, for the first time ever I felt that Mr. Briggs's reading of some of the characters lacked its usual polish and consistency. I have always thought of Stephen Briggs as the best narrator of Terry Pratchett's books, and have admired his consistency with character voices, however, this does slip a little in Raising Steam, with, for example Adora Bell having rather an accent change. Having said the above. Raising steam as read by Stephen Briggs is still a great book and I would recommend it to anyone. 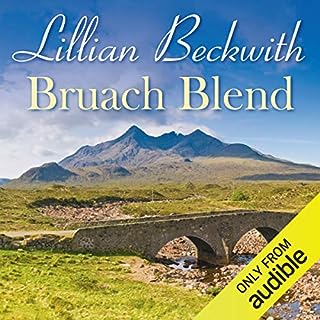 What can take the fire out of a fever, the ache out of loving and the meanness out of a miser? The answer according to Tearlaich is whisky - the ‘water of life’. And when he suggests to Lillian that the islanders should have their own blend - a ‘Bruach Blend’ - Lillian can see his logic.

Definitely a laugh out loud book

I love these books and think the narration is wonderful. Beckwith's character portrayal is excellent and her descriptions are so evocative that I actually feel like I am there with her. The humour in this book is marvellous and I just wish there were more available on Audible as they really do brighten the day. 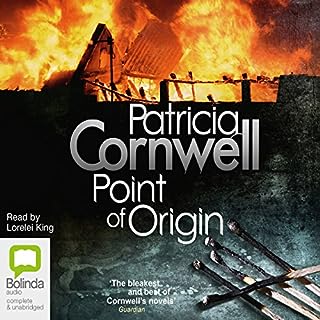 Carrie Grethen, partner in crime to William Temple Gault, has escaped from prison. Before she does so she sends a message to Kay Scarpetta blaming her for Gault's death, and has specific plans for revenge.

You really need to read these books in order to understand Cornwell's meticulous character and plot development. A very fascinating if grim read with truly excelent narration as ever. 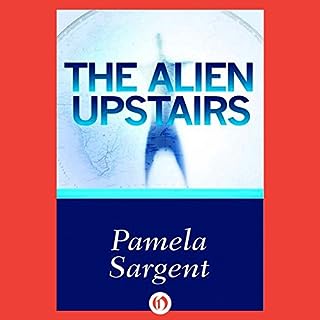 When a mysterious stranger appears in Sarah and Gerard's rural town, the two young lovers fighting a fervent battle to overcome America's depression and despair are suddenly faced with a new realm of possibilities. But they find themselves questioning whether this handsome being was an angel sent to rescue them or a dark being bearing terrible dangers.

I have read much better books by this author. If you want a really light weight read without much substance then this is ok, and if this is the first book you read by this author, don't be put off, she does write much better stories than this. 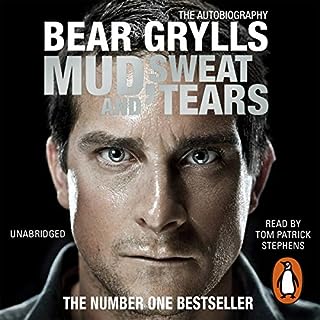 Bear Grylls is a man who has always sought the ultimate in adventure. Growing up on the Isle of Wight, he was taught by his father to sail and climb at an early age. As a teenager he found identity and purpose through both mountaineering and martial arts, which led the young adventurer to the foothills of the mighty Himalaya and a grandmaster's karate training camp in Japan.

Don't judge a book by its cover

A truly excellent read which took me by surprise. I imagined a book by Bear Grylls to be very action packed with little thought or time for intraspection. Wow how rong I was. Bear Grylls comes across as an extremely thoughtful man who has a great attitude to life and really sound values. This book is an excellent read which I would recommend to anyone. I'll certainly be on the look out for other books by Bear Grylls. The naration was excellent too with just the right pacing for the book. 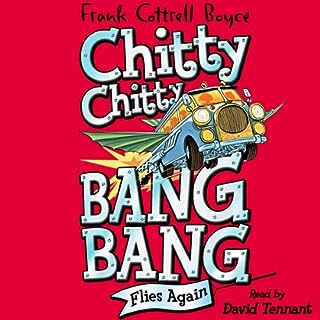 The first ever sequel to Ian Fleming’s Chitty Chitty Bang Bang, written by bestselling author Frank Cottrell Boyce and endorsed by the Fleming family.When the Tooting family find a vast abandoned engine and fit it to their camper van, they have no idea of the adventure that lies ahead. The engine used to belong to an extraordinary flying car – and it wants to be back on the road again . . . fast!

Not just a book for the children

This book is excellent for family listening as it is well-written with a good smattering of humour. David Tennant reads brilliantly as usual really bringing the book to life with his characterisations of the people involved. My kids and I would definitely be in the market for any sequels especially if they are read by David Tennant. 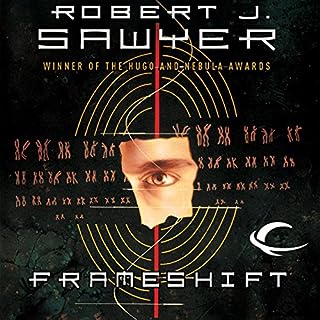 This is the story of Pierre Tradivel, a scientist, and his complex battle against deadly illness, and ex-Nazi war criminal still hiding in the U.S., a crooked insurance company, and a plot to make Pierre and his wife the victims of a bizarre genetic experiment. Frameshift is hard science fiction at its best, full of complications and neat surprises.

A good read with excellent naration

When I started reading this book I thought it wasn't going to be up to Robert J Sawyer's usual standards as it seemed a bit slow to get going. In retrospect, however, the start of the book was absolutely on target as the characters needed to be established and understood before the story plot was developed. This book deals with genetics amongst other issues and as is usual with Robert Sawyer, it had me thinking a lot about genetics and the role they play in society. It is a well-written book and the naration was absolutely outstanding. 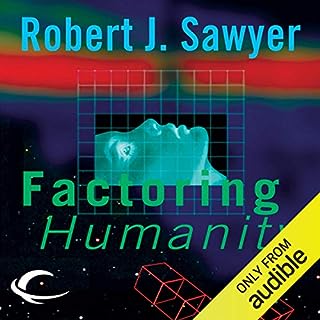 In the near future, a signal is detected coming from the Alpha Centauri system. Mysterious, unintelligible data streams in for ten years. Heather Davis, a professor in the University of Toronto psychology department, has devoted her career to deciphering the message. Her estranged husband, Kyle, is working on the development of artificial intelligence systems and new computer technology utilizing quantum effects to produce a near-infinite number of calculations simultaneously.

The Most Thought Provoking Book I've Read in Ages

Wow, what a truly brilliant read. This book really had me thinking, what with quantum mechanics, parallel universes, mind reading, artificial intelligence and first contact with aliens it covered so much and was a total page turner. Robert J Sawyer is a truly fantastic writer, but in this book he really is outstanding. Probably ranks as one of my favourite reads of all times.