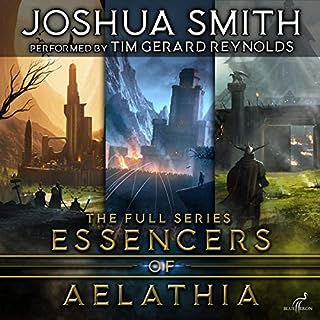 Three epic books. Fifty-plus hours filled with magic, war, myth, and characters that leap to life. Bedel and Raynt, two powerful mages known as Essencers, have dedicated their lives to holding back the tide of the Dark Sorceress Jocina. After her defeat thousands of years ago, she is desperate to return and drown the world in darkness once and for all. Her time has come.

Just a big mess. The world building is terrible. The set up leaves too many strands and main characters just don’t grab you. 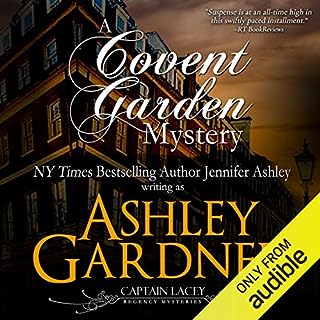 Captain Lacey stops to assist a young woman in the market at Covent Garden, and realizes to his astonishment that she is his daughter, Gabriella. Lacey then discovers that his estranged wife and her paramour, a French officer, have journeyed to London at the invitation of James Denis to dissolve her marriage to Captain Lacey.

One of the best so far

This series is pretty light and entertaining (not to damn it with faint praise!) but this book is definitely one of the strongest in terms of plot and character development. Very enjoyable. 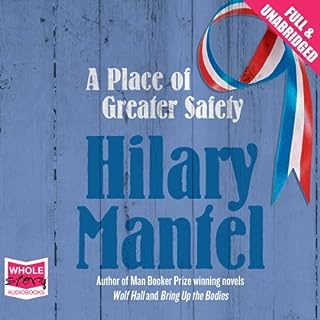 A tour-de-force of historical imagination, this is the story of three young men at the dawn of the French Revolution. Georges-Jacques Danton: zealous, energetic, debt-ridden. Maximilien Robespierre: small, diligent, and terrified of violence. And Camille Desmoulins: a genius of rhetoric, charming, handsome, but erratic and untrustworthy. As these key figures of the French Revolution taste the addictive delights of power, they must also come to face the horror that follows.

I’m not a huge fan of Hilary Mantel but this is a work of immense power, erudition and emotion. The characters, all pretty appalling in their own small or huge ways, are real and draw you in. Knowing how it ends doesn’t stop you hoping it won’t. 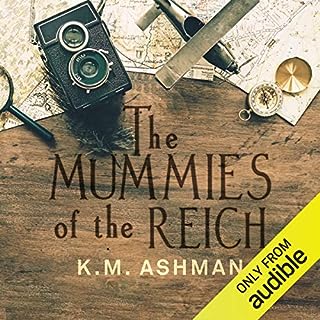 When a 100-year-old crucifix is discovered around the neck of a 500-year-old mummy, Brandon Walker once more calls on the expertise of India Summers to solve the mystery. Within days they realise there is far more to this than a cruel hoax, and it soon becomes clear that there are strong links back to the SS in the Second World War. Ultimately, what they find is not only a cover-up of global proportions and the tragic aftermath of a long-forgotten battle, but a group of dangerous men seeking the most powerful and dangerous Icon the world has ever known.

I just can’t work out what the authors trying to do with these books but I find myself reading them just for a laugh. So much about them is risible (where do I even start on their nighttime visit to the British Museum stores?) and I’ve mentioned before that the male protagonist is the thickest man on the planet (it’s revealed here that he went to Sandhurst and I’m too lazy to work that into a joke).
Anyway, laughably bad but a guilty pleasure. 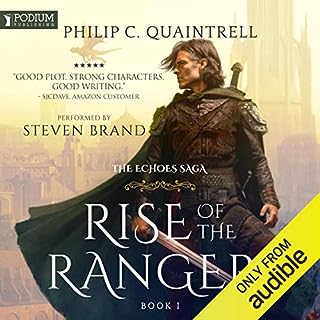 Mankind has lorded over the land of Illian for a thousand years, building on the ruins left by the elves, as if it were their birthright. A thousand years is a long time for an immortal race to see the truth of things, a truth that has remained unsaid for a millennium - elves are superior. They are faster, stronger, and connected to the magical realm in a way that man could never grasp. Illian should belong to them.

I think I may have read too many of this genre now. Mystery man, bunch of assistants, evil enemy. Lots of wandering and a dragon. It’s not that it’s badly written (although I wasn’t very impressed with the narrator’s characterisations-everyone sounded a bit samey) just that it didn’t stand out from many similar books. 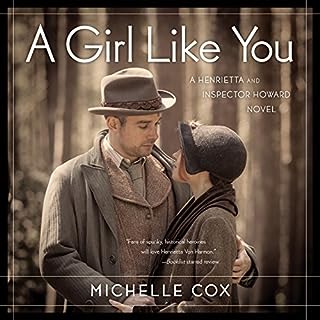 Henrietta Von Harmon works as a 26 girl at a corner bar on Chicago's northwest side. It's 1935, but things still aren't looking up since the big crash and her father's subsequent suicide, leaving Henrietta to care for her antagonistic mother and younger siblings. Henrietta is eventually persuaded to take a job as a taxi dancer at a local dance hall - and just when she's beginning to enjoy herself, the floor matron turns up dead. When aloof Inspector Clive Howard appears on the scene, Henrietta agrees to go undercover for him-and is plunged into Chicago's grittier underworld. Meanwhile, she's still busy playing mother hen to her younger siblings, as well as to pesky neighborhood boy Stanley, who believes himself in love with her and keeps popping up in the most unlikely places, determined to keep Henrietta safe - even from the Inspector, if need be. Despite his efforts, however, and his penchant for messing up the Inspector's investigation, the lovely Henrietta and the impenetrable Inspector find themselves drawn to each other in most unsuitable ways.

Oh dear me no

What utter tosh. Simplistic, trite and silly. Our heroine is thick as a plank, the hero a bully and borderline abusive. Be warned too, disability is portrayed as a tasteless plot device and old, offensive language used throughout. 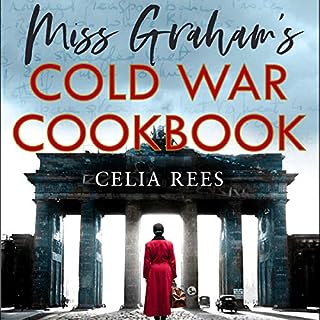 Sent to Germany in the chaotic aftermath of World War II, Edith Graham is finally getting the chance to do her bit. Having taught at a girls’ school during the conflict, she leaps at the opportunity to escape an ordinary life - but Edith is not everything she seems to be. Under the guise of her innocent cover story, Edith has been recruited to root out Nazis who are trying to escape prosecution. Secretly, she is sending coded messages back to the UK, hidden inside innocuous recipes sent to a friend....

I was worried that a book with recipes in would be a bit twee and annoying but they turned out to be more than just a gimmick, instead acting as scene setters and highlighting individuals. Nicely done in an intelligent and uncompromising thriller. 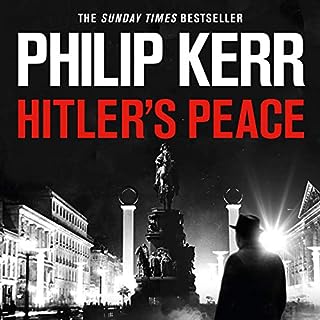 Autumn 1943. Hitler knows he cannot win the war: now he must find a way to make peace. FDR and Stalin are willing to negotiate; only Churchill refuses to listen. The upcoming Allied Tehran conference will be where the next steps - whatever they are - will be decided. Into this nest of double- and triple-dealing steps Willard Mayer, OSS agent and FDR's envoy to the conference. His job is to secure the peace that the USA and Hitler now crave. The stakes couldn't be higher.

Can only make us wonder what more Philip Kerr could have done.

Kerr’s untimely death robbed his readers of who knows how many more great books. This one plays fast and loose with history and with the notions of fact, image and storytelling. Real people pop up but that doesn’t mean the story is. It’s done in a subtle and amusing way though. 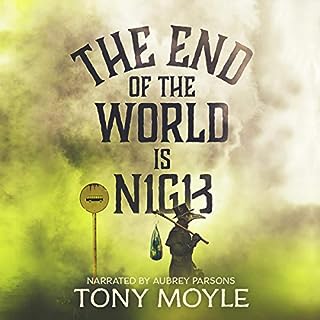 Everyone’s heard of Nostradamus. No one’s heard of Philibert Montmorency. One was a legend. The other, not so much.... A newly discovered Nostradamus prophecy has taken the internet by storm thanks to "The Oblivion Doctrine", a group of online conspiracy theorists. Apparently the end is nigh. And in case anyone’s interested, nigh is definitely a Tuesday. Doctor Ally Oldfield, professor of Medieval Languages, is summoned to Lyon for a second opinion. She’s not happy about it. But then again she’s rarely happy about anything.

Obviously rushed out to be relevant this feels like a book that was nearly finished then rushed. The editing of the audio leaves a bit to be desired but it’s an interesting idea. 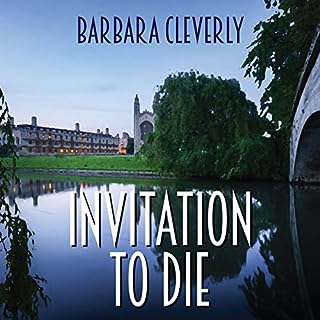 Cambridge, 1924. Detective Inspector John Redfyre’s dog discovers a corpse in the graveyard adjoining St. Jude's College. An army greatcoat and wellworn boots suggest the dead man may have been a former soldier, though the empty bottle of brandy and a card bearing the words 'An Invitation to Dine' on the victim ring a discordant note. Even more unsettling is the autopsy, which reveals death by strangulation and unusual contents in the stomach from the man's last meal.

Well that was fun. Appealing characters, an interesting plot with a couple of red herrings and well narrated. Hope there are more to come.