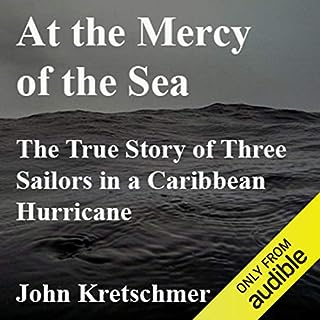 "The tale of Carl Wake and the hurricane that was waiting for him goes straight to the heart of the greatest sea stories: they are not about man against the sea, but man against himself. John Kretschmer's audiobook is as perfectly shaped and flawlessly written as such a story can be. In addition to being the best depiction I have ever listened to of what it is like to be inside a hurricane at sea, At the Mercy of the Sea is as moving a story of a man's failure and redemption as can be found anywhere in the literature of the sea. This audiobook is surely destined to become a classic."

Narrator kept the book interesting. Really good read even for those who are not sailors. I’d highly recommend getting this book. 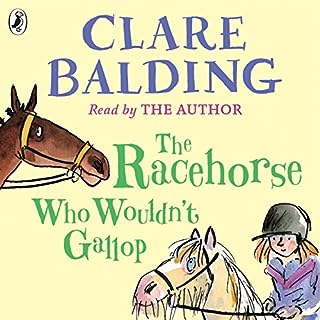 Puffin presents the unabridged downloadable audiobook edition of The Racehorse Who Wouldn't Gallop, written and read by Clare Balding. Charlie Bass is a horse-mad nine-year-old who dreams of owning her own pony. So when her eccentric parents announce that they are going to buy a racehorse, Charlie is thrilled. The horse they buy, Noble Warrior, looks the part: strong, fit and healthy. There's just one problem - he won't gallop.

Bought it for my daughter but also ended up listening too. Really good listen with plenty Of humour. 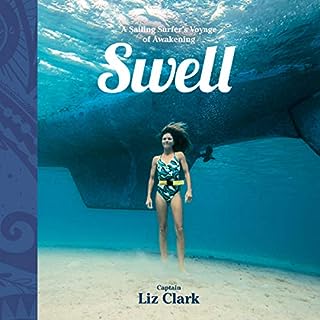 Captain Liz Clark spent her youth dreaming of traveling the world by sailboat and surfing remote waves. When she was 22, she met a mentor who helped turn her desire into reality. Embarking on an adventure that most only fantasize about, she set sail from Santa Barbara, California, as captain of her 40-foot sailboat, Swell, headed south in search of surf, self, and the wonder and learning that lies beyond the unbroken horizon.

Not Just For Sailors

When I acquired this book I was looking for stories about sailing, big waves etc. But it’s more than that. In fact it’s not really about that. It’s more about the freedom you get sailing and about the trials Lizzie has over come in her pursuit of adventure.

In some parts you ask why do that and others you want to get on a plane and save her. It’s surprisingly good and I really enjoyed it.

I’d recommend this book to anyone with either a passion for sailing or having a troubled life. Would buy again and listen again. 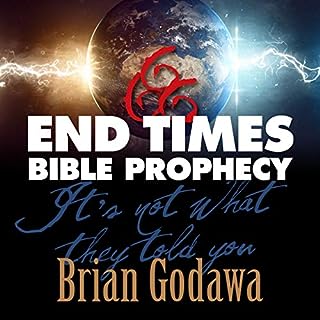 What does the Bible really say about the end times? There are so many Christians teaching outrageous speculation about end times Bible prophecy these days. It's enough to frustrate the serious Bible student. What if you found out most of it is simply mistaken? What if you found out that the ancient Jewish writers were using Old Testament imagery of the past, not a crystal ball gaze into our modern future?

Good But Not Convinced

I didn’t realise I was a Futurist until I listened to this book on Preterism. It was interesting to know of the other argument to end days.

Unfortunately it is not an biased view of the scripture and only argues one side. I felt I needed a balanced opinion on some of the points so did more research and found the author had omitted arguments about key dates and events.

Although I didn’t finish the book as I felt it was not wholly accurate it was a good listen and well narrated. I would recommend listening to it as an alternative view on end days prophecy. 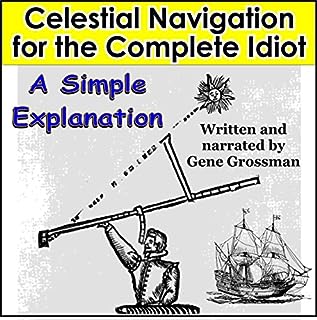 Celestial Navigation for the Complete Idiot is groundbreaking not because of what it has, but what it doesn't have: no mathematics problems; no astronomical talk; and no big words you've never heard of. Sailor-author Gene Grossman finally breaks this wonderful subject down into plain English and explains it in such a way that you will no longer have any excuse to claim that you know nothing about the valuable boater's subject of celestial navigation.

In terms of the story telling about crime cases I’d rate the book as good. However it’s about navigation and only really a few chapters cover this.

I bought this with a view to learn more about celestial navigation and although I’d say it did improve my knowledge marginally I don’t think it was enough.

Quite a lot of sales patter to buy more books.

I wouldn’t buy again but I will relisten to the relevant couple of chapters as they were well explained. 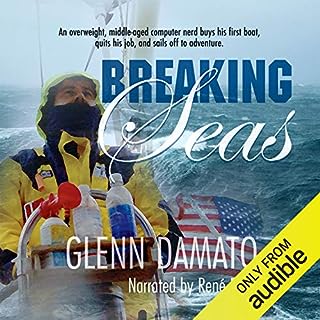 Do you have a dream you must pursue, but everyone says it's unrealistic? Or that you're not qualified? Too old, too out of shape? Or you don't have the "right experience?" Glenn Damato was a 41-year-old software instructor who sought to exceed the bounds of his comfortable but humdrum existence. He embarked on an adventure for which he was miserably unprepared. Why did he do this? How did he answer the ancient human question: how do we jump-start growth in our lives? We become something we were not.

It is how it is - good sailors read

I enjoyed this book. It made both myself and my fellow sailors laugh several times as we drew similarities between Glenn's experiences and our own. If you're a sailor you will almost certainly relate to many of Glenn's tales. It's more of a story of doing it rather than winning trophies but let's face it if you're in the middle of the sea there isn't much to write about apart from waves, waves and more waves. I really hope Glenn brings out another book and he's still sailing. I admire him for giving it a shot and also for writing about it. He's been quite inspirational to break the monotony of the norm and just go for it. Also I've also double checked my impeller spares; thanks for that ;-)