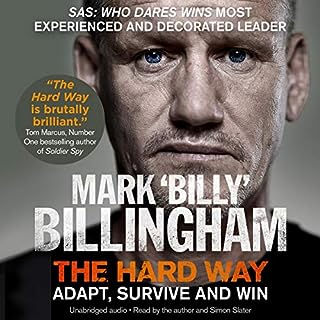 Billy is a highly decorated veteran, with a reputation for excellence, honesty and integrity not only supporting his comrades Ant Middleton, Jason Fox and Ollie Ollerton but equally intimidating and inspiring the contestants who take on the gruelling challenges each week. The Hard Way details Billy’s story thus far but will also educate and enthral those wishing to seek a challenge and conquer it - the SAS way. 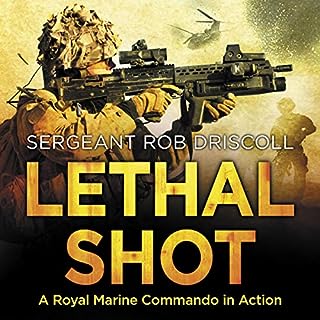 Rob Driscoll, former sergeant with 42 Commando, Royal Marines, served tours in Iraq, Kuwait and Kosovo. A born leader of fighting men, with the medals to prove it, he also endured three tours in Afghanistan. The third of those will go down in history as one of the UK military's darkest hours, for it marked the first time a British serviceman has been tried for a murder on the battlefield since the Second World War.

Great insight into the war in Afghanistan.
Brilliant narration and highly recommend to anyone interested in the story of the Royal Marine’s who served in Afghanistan.