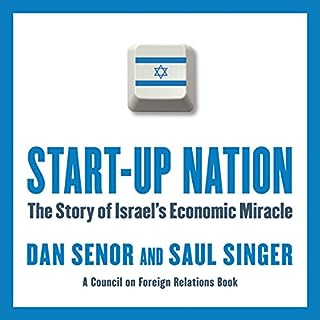 Start-Up Nation addresses the trillion dollar question: How is it that Israel - a country of 7.1 million, only 60 years old, surrounded by enemies, in a constant state of war since its founding, with no natural resources - produces more start-up companies than large, peaceful, and stable nations like Japan, China, India, Korea, Canada, and the UK?

Briliantly-written and easy to listen to

Would you consider the audio edition of Start-Up Nation to be better than the print version?

A great deal of anecdotal and interview-based material that provides a compelling and enthralling listening experience.Genuinely excellent right until the end. 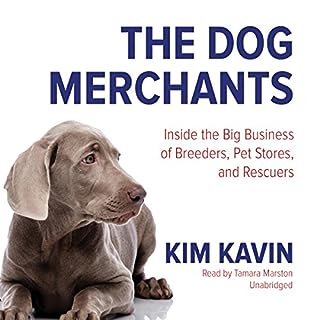 Kavin reveals how dog merchants create markets for dogs, often in defiance of the usual rules of supply and demand. She takes an investigative approach and meets breeders and rescuers at all levels, shedding much-needed light on an industry that most people don't even realize is an industry. Kavin's goal is to advance the conversation about how all dogs are treated, from puppy mills to high-kill shelters. She shows that a great deal can be improved by understanding the business practices behind selling dogs of all kinds.

An excellent and interestingly-written book

What did you like most about The Dog Merchants?

A well-written and -presented book on the dog business including extensive reference to the market outside the USA. Worth listening to.