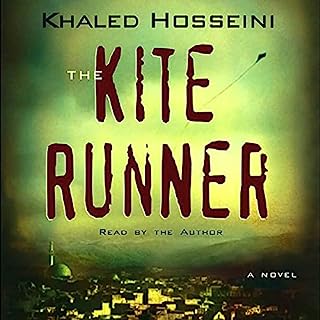 Taking us from Afghanistan in the final days of its monarchy to the present, The Kite Runner is the unforgettable story of the friendship between two boys growing up in Kabul. Their intertwined lives, and their fates, reflect the eventual tragedy of the world around them. When Amir and his father flee the country for a new life in California, Amir thinks that he has escaped his past. And yet he cannot leave the memory of Hassan behind him.

One of the greatest books ever written

What to say? Just read it, listen to it, experience it. Beautifully read by the author, it will enrich your life. 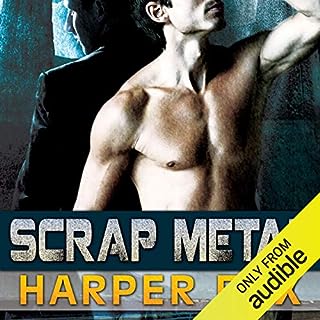 Is there room for love in a heart full of secrets? One year ago, before Fate took a wrecking ball to his life, Nichol was happily working on his doctorate in linguistics. Now he's hip deep in sheep, mud, and collies. His late brother and mother had been well-suited to life on Seacliff Farm. Nichol? Not so much.

Another beautiful Harper Fox story. The characters are beautifully sculpted and the relationships just intriguing all the way through, plenty of intrigue and romance. The narration left a lot to be desired with inappropriate tones.and and timings. Still didn't spoil the great book 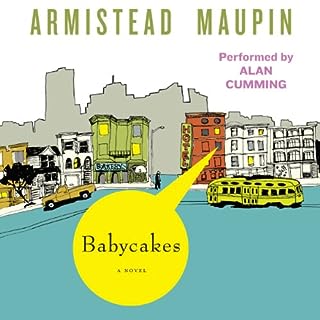 When an ordinary househusband and his ambitious wife decide to start a family, they discover there's more to making a baby then meets the eye. Help arrives in the form of a grieving gay neighbor, a visiting monarch, and the dashing young lieutenant who defects from her yacht. Bittersweet and profoundly affecting, Babycakes was the first work of fiction to acknowledge the arrival of AIDS. 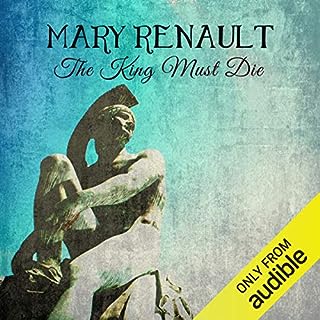 The epic of Thesus, the boy-king of Eleusis, ritually preordained to die after one year of marriage to the sacred queen but who defies God's decree and claims his inheritance - the throne of Athens. This re-creation of a Greek myth is written by the author of The Last of the Wine.

this is the second book by this author that I have read. it was such a chore to get through it. I couldn't wait for the end. 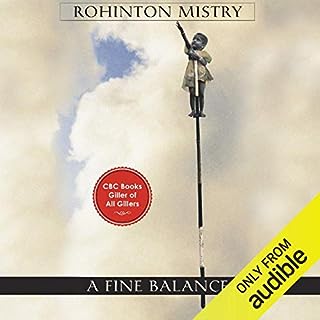 With a compassionate realism and narrative sweep that recall the work of Charles Dickens, this magnificent novel captures all the cruelty and corruption, dignity and heroism, of India. The time is 1975. The place is an unnamed city by the sea. The government has just declared a State of Emergency, in whose upheavals four strangers - a spirited widow, a young student uprooted from his idyllic hill station, and two tailors who have fled the caste violence of their native village - will be thrust together, forced to share one cramped apartment and an uncertain future.

wonderful book, read it years ago, the superb narration took the book to a whole new level. Enjoy! 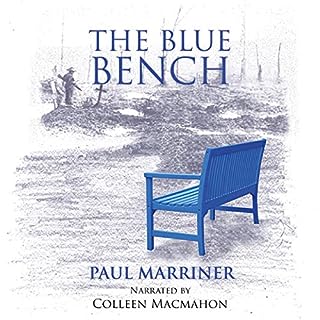 I miss it already

Loved it. The narration was as brilliant as the story. The language was suitably gentile, perfect for the beautifully painted characters. Interesting historical setting, and a fascinating historical journey. I wept lots at the end, but laughed plenty throughout. Perfect for social distancing! 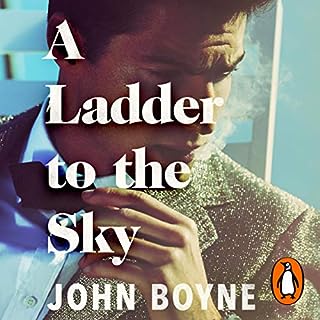 If you look hard enough, you can find stories pretty much anywhere. They don’t even have to be your own. Or so would-be writer Maurice Swift decides very early on in his career. A chance encounter in a Berlin hotel with celebrated novelist Erich Ackermann gives him an opportunity to ingratiate himself with someone more powerful than him. For Erich is lonely, and he has a story to tell. Whether or not he should do so is another matter entirely. Once Maurice has made his name, he sets off in pursuit of other people’s stories. He doesn’t care where he finds them - or to whom they belong - as long as they help him rise to the top.

Gripping, not what I expected

This is one of those stories where you're listening to it walking along and you're actually shouting at the characters, swearing at them even. Sometimes I found myself just standing on the street, dumbfounded. Without giving anything away, this book just keeps in giving. Starts off with a lovely historical-novel feel, but then it goes down a slow incline, and gets deeper and almost darker, still focussed on the same theme, I just didn't know it was going to go this way. It was awesome. The main character gets more and more intriguing, but be prepared not to love him. It was so intriguing. I had to walk to and from work every day for so long just to keep listening. You won't be able to take the headphones off! Brilliantly read, I loved that the character Maurice sounds like Sean Bean, wonderful.
It made me (almost) want to write to the author, John Boyne and ask so many questions. The book reflects very much on the role of the writer, integrity, truth. Was John's writing based on experiences? Did he know someone like Maurice? What does he personally think of the thin line between borrowing, being inspired by something, and plagiarism? SO GOOD. 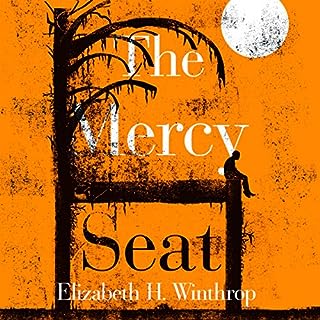 In a tale taut with tension, events unfold hour by hour from the perspectives of nine people involved. They include Willie himself, who knows what really happened, and his father, desperately trying to reach the town jail to see his son one last time; the prosecuting lawyer, haunted by being forced to seek the death penalty against his convictions, and his wife, who believes Willie to be innocent; the priest who has become a friend to Willie; and a mother whose only son is fighting in the Pacific, bent on befriending her black neighbours in defiance of her husband.

riveting from beginning to end 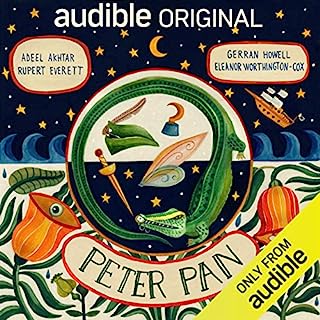 Read the original, this does nothing to enhance

When Mrs Darling introduces herself to Peter in Kensington Gardens, when she was just a wee lass, she introduces herself as Mary Darling. How come she was Darling when she was just Wendy's age? Isn't Darling her husband's name?
The whole drama is a bit unreal, and believe me I am a huge Peter Pan fan. I couldn't believe a word of it. Even the un-subtle sexual banter between Captain Hook (Everett) and his Smee was uncomfortable. I can't see this as being suitable for children, or adults. Bin it. 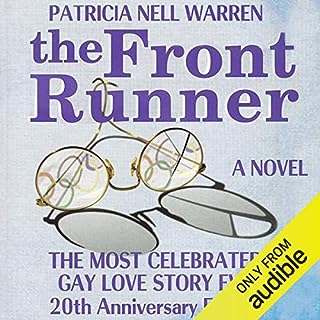 In 1975, coach Harlan Brown is hiding from his past at an obscure New York college, after he was fired from Penn State University on suspicion of being gay. A tough, lonely ex-Marine of 39, Harlan has never allowed himself to love another man. Then Billy Sive, a brilliant young runner, shows up on his doorstep. He and his two comrades were just thrown off a major team for admitting they are gay. Harlan agrees to coach the three boys under strict conditions that thwart Billy's growing attraction for his mature but compelling mentor.

Really loved this interpretation of the greatest gay novel ever written. I read to novel in the 90s, still remember the tears. This narration was very sensitive to the book, got me totally caught up in it. Can't wait for Harlan's Race and Billy's Boy.
If you're a younger reader, under 40, you need to understand that this novel was written in 1974, when the world was a very different place for gay people. Trans hadn't even become a thing until MANY years later. Exposure as gay wasn't just gossip as it might still be today. It meant being ostracised, it meant being blocked from advancement. It meant your achievements counted for nothing: all that counted was making sure you NEVER advance, never progressed, and that you would NEVER be accepted by 'normal' society. In the sports world, you may as well just hang up your jockstrap now.
So this novel may delve deep into how 'gays' were treated by society, but in fact there was no other perspective. The relationships in this novel would have still been secret from straight society, or should I say 'normal' society.
Don't treat this the same as a contemporary gay novel, where it's normal for people to have open gay relationships. Back in 1974, toilet sex, secret nightclubs with secret password entries, NEVER telling your best friends or your 'close' family about who you really were, never being able to discuss your loves and losses with your brothers and sisters (forget about mentioning anything about it to your parents) were still normal for gay men. So this novel is about a world that could be, about the struggle to be accepted, to advance in sport, to be given some respect.
Read and learn. Probably the greatest gay novel ever, and one of mainstream's great novels to boot.