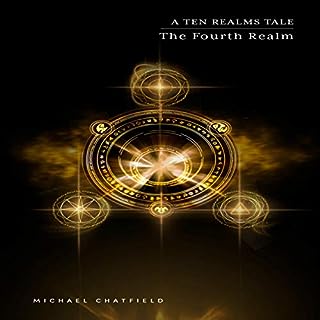 The battlefield realm: a realm where sects rise and fall. Where the ground trembles under the feet of fighters from the higher realms. Where riches are gained and empires lost. This is where Erik and Rugrat must go, if they want to increase their strength and the strength of Alva. They say that fortune favors the bold. This is the ten realms. To the victor go the spoils. The fourth realm will change their lives...or end them. 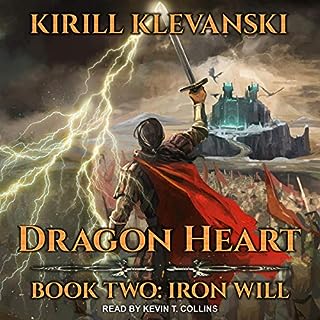 In the first book, Hadjar lost it all. His body ruined, parents dead, and his title of Prince replaced by a slave collar. It seemed like Primus had deprived him of everything. But no one can take away a man's will to fight. Even if his heart turns into a bleeding stone due to endless grief and suffering, it won't matter. The most important thing was that he still had the will to go on. The thought of taking revenge on his family's murderers gave him the strength to survive. After receiving a piece of the mighty Dragon's heart, he regained his strength and enlisted in the army, where he made real friends and fought by their side in many battles.

great second book in the series carnt wait for the next one .great job done with the narration 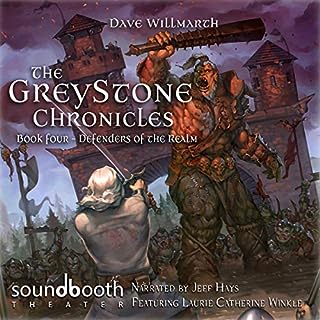 The kingdom is expanding! More land, more resources, and surprising new allies. Fibble gains some interesting stats, a new set of skills, and a patron deity of his own. Elysia is prospering. But Alexander and his Elysians are forced to defend their lands against an invading orc horde from the north and the dark army of demons and undead that has escaped from the caverns where Alexander imprisoned them. 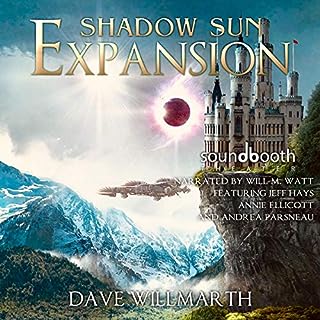 The human race has become nearly extinct. Allistor and his small group push to make themselves stronger, fighting to survive the year-long stabilization. Forced to battle increasingly stronger and more deadly monsters, they work to expand their holdings, learn better spells, and gather resources to improve their crafting. Dungeons must be cleared, and dragons defeated. Fellow survivors are found - some friendly, some hostile. Allistor considers every human life precious, but when it becomes a case of kill or be killed, hard choices must be made. 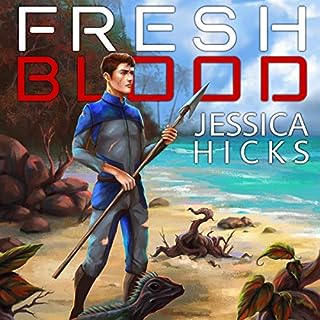 Felix used to be a traveling salesman, drifting through the galaxy and hawking his wares. Used to be, that is, until a freak accident in an out-of-the-way system. One rough landing later, Felix finds himself stranded on a wild, alien planet - front and center - in a deadly role he never auditioned for to entertain a secret audience. The upside? A fellow passenger made it to the escape pod with Felix. With this reptilian stranger at his side, he’s not totally alone. The downside? They don’t share a language.

great book look forward to the second one 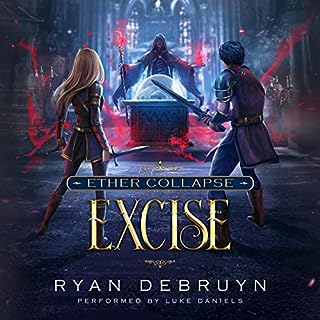 Three weeks ago the world started anew as buildings literally stood up, fearsome monsters materialized, and humanity’s way of life changed forever. Now, Rockland Barkclay must continue to protect his people from a new threat while dealing with internal issues that keep popping up. For instance, will he choose to heed the warning of his resurrected Ancestral Guide as she notices the edges of an ancient conspiracy?

loved it great addition to the series love were the story is going . great characters and excellent narration can not wait for the next one 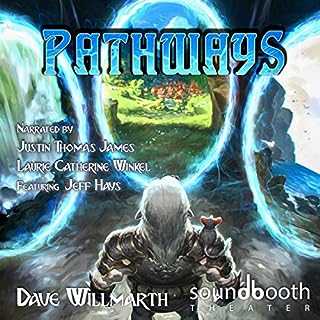 Mace and Shari continue to pursue their mission to eliminate the Black Flame. Nearing the city of Graf, they and the crew of the Sea Sprite were ambushed on the river. After suffering losses and stopping to make repairs, they have been approached by two drow thieves walking out of the woods. An epic battle awaits them in Graf, where they’ll try to eliminate Garya, the drow priestess who has become master of the Black Flame. Griff and Lisa are leveling quickly so that they can join Mace and Shari at Darkstone. 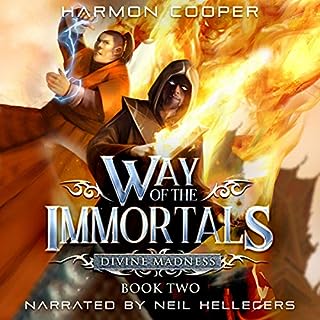 Upon escaping the city of Nagchu, Nick and his companions barely manage to survive a surprise attack from an incredibly powerful being, one clearly not of their world. And that isn’t the only thing after them. With Lhandon’s monastery under siege, Nick’s group must head toward the Darkhan Mountains, to the snow lion village of Dornod, in search of training and to officially reset the Path of the Divine. 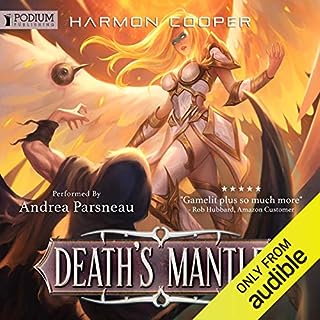 Suffering from a rare heart condition that doctors say should have killed him over a year ago, Lucian is playing a video game when Death finally comes. Rather than give in, Lucian pulls a gun on the Grim Reaper. As the two stare each other down, terrible demons known as injuresouls swarm into the room in pursuit of Death. Summoning courage he never knew he had, Lucian comes to Death's aid. And for his troubles, he is awarded Death's Mantle.

another great one by a great author

great book loved it .great story with great characters and the narration is awesome as always 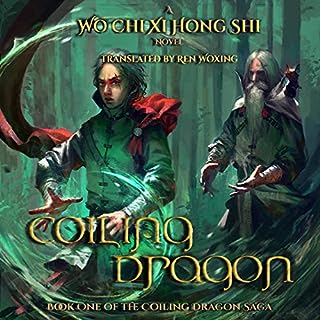 Raised in the small town of Wushan, Linley is a scion of the Baruch clan, the clan of the once-legendary Dragonblood Warriors. Their fame once shook the world, but the clan is now so decrepit that even the heirlooms of the clan have been sold off. Their prospects seem dire...and yet, perhaps some power still remains within the veins of the clan. Dragons do not easily die, and neither do the dragonblooded.