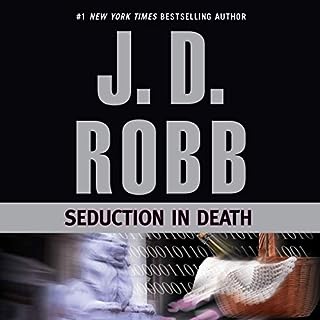 Dante had been courting his victim in cyberspace for weeks before meeting her in person. A few sips of wine and a few hours later, she was dead. The murder weapon: a rare, usually undetectable date-rape drug with a street value of a quarter million dollars. Detective Eve Dallas is playing and replaying the clues in her mind. The candlelight, the music, the rose petals strewn across the bed - a seduction meant for his benefit, not hers. He hadn't intended to kill her. But now that he has, he is left with only two choices: to either hole up in fear and guilt or start hunting again....

I have loved every book. This one was no exception. Cannot wait to listen to the next one. Jenny 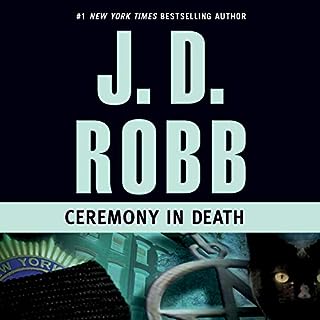 Conducting a top secret investigation into the death of a fellow police officer has Lieutenant Eve Dallas treading on dangerous ground. She must put professional ethics before personal loyalties. But when a dead body is placed outside her home, Eve takes the warning personally. With her husband, Roarke, watching her every move, Eve is drawn into the most dangerous case of her career. Every step she takes makes her question her own beliefs of right and wrong—and brings her closer to a confrontation with humanity's most seductive form of evil...