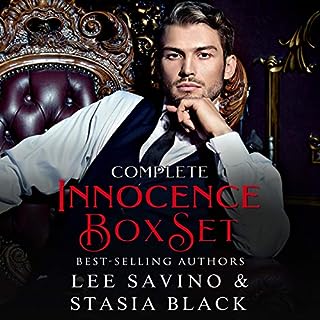 I’m king of the criminal underworld. I always get what I want. And she’s my obsession. Cora is new to the city of sin. Her innocent blue eyes beg for me to claim her. But I’m not the billionaire she thinks I am. There’s a darkness within me. Note: This is a complete, three-book dark romance trilogy with dark and intense sensual scenes. Books in the series: Innocence, Awakening, and Queen of the Underworld.

Once you get past the almost funny, dark male voice of the main male character, it’s a great listen! 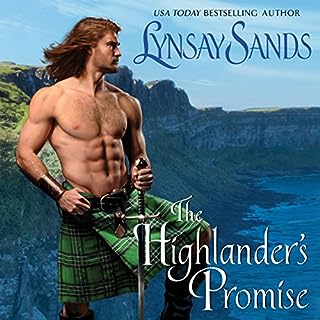 Aulay Buchanan has retreated to his clan’s hunting lodge for a few days of relaxation. But the raven-haired beauty he pulls from the ocean puts an end to any chance of rest. Though he christens her Jetta, she knows nothing of her real identity, save that someone is trying to kill her. As she recovers, it will not be easy for Aulay to protect her and keep her honor intact when she mistakenly believes they are man and wife…Jetta sees beyond Aulay’s scars to the brave, loyal warrior she’s proud to call her own.

Funny, sexy and yet more secrets.

One you get past the narrators questionable pronunciation of the words ‘grimaced’ and ‘consummated’, it’s a good listed. Better than the last book. This one has more of Sands charming, comic dialogue. Talk about laugh out loud! 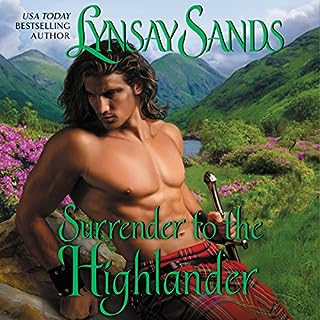 Edith Drummond owes her life to Niels Buchanan and his brothers. Waking after an illness to a castle overrun by rugged Highlanders is disconcerting, but so is learning that she's slowly being poisoned. Niels insists on staying by her side, and Edith soon discovers that even more dangerous is her wild attraction to the fierce warrior.

At times the narrators accents sound more Eastern European than Scottish. But once you get past that it’s okay. Less sex and funny scenes than the other books, so far in the series, except for the bit about jams. I will never look at preserves the same way again! 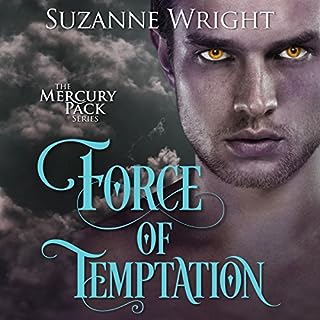 Harley Vincent is resigned to life in the human world. Sure, being a margay shifter is half her nature, but life among humans gives her the freedom to roam and do as she pleases. That is, until anti-shifter extremists target her, putting her life in immediate danger.

Not the best book in the series so far, but it’ll keep your attention. If just for Eli and Ronnies ever continuing pranks! 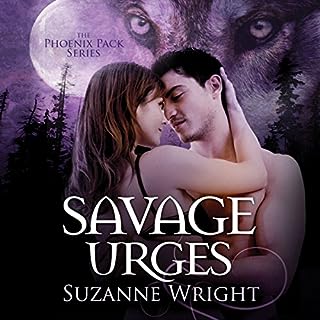 As a volunteer at a shelter for lone shifters - the same one that rescued her - Makenna Wray has dedicated her life to finding homes for its residents. And when she discovers that a teen in her care is related to Ryan Conner, the broody, handsome-as-sin enforcer of the Phoenix Pack, she's eager to help connect the two. She just wasn't prepared to feel a connection of her own.

This novel in the Phoenix Pack series is a bit darker than the other novels so far. But it’s still full of the same sort of humour, action and super steamy sex! 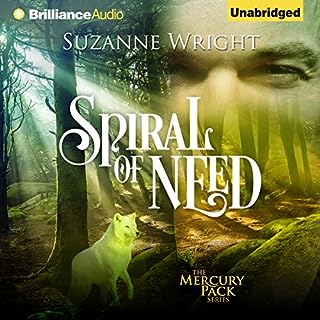 Ally Marshall isn't just a wolf shifter - she's a Seer. But a girl doesn't exactly need special powers to know that Derren Hudson despises her entire kind. Disdain practically rolls off the Beta of the Mercury Pack... disdain mixed with a healthy dose of desire. And no matter how much the ruggedly handsome male appeals to her, this is one call of the wild she's determined to ignore.

If you love the Phoenix pack novels you’ll love this. Talk about drama, butt loads of steamy sex and more than a couple of laughs included! 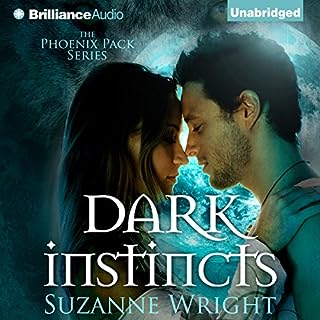 It happens whenever wolf shifter Roni Axton is near Marcus Fuller: a crackle of sexual awareness that's intoxicating...and deeply annoying. Marcus is a pack enforcer who oozes power, but Roni is lethal in her own right - nothing like the flirty females who flock around him. Even still, his possessive gaze makes one thing clear. Marcus has singled her out for seduction, and he wants to make her sit up and beg.

Favourite one so far!

A little different from the first 3 but well worth a listen! Ronnie and Marcus rule! 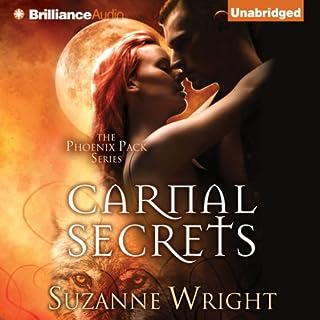 Half-shifter Shaya Critchley may hold a submissive role in her wolf pack, but the petite redhead refuses to let an Alpha male interfere in her life. Furious and humiliated after her mate refused to claim her, she runs off to hide among the humans. Why wait around for an Alpha male to love her when he’d obviously prefer to ignore her?

We knew it would happen!

A great listen for fans of the franchise. As usual there’s a sexy dude and a kick ass she wolf, plus Phoenix pack regulars. 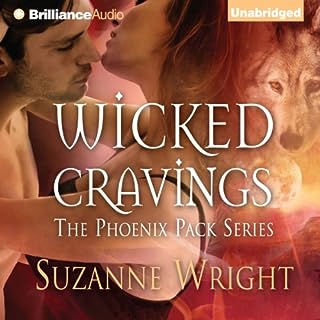 Wolf shifter Jaime Farrow has a secret. And no one - not her Alpha, not her best friend, and most definitely not gorgeous Dante Garcea - can know the truth. She thinks keeping her little “problem” under wraps from Dante won’t be so tough; after all, he’s ignored her for years, despite her best attempts at flirtation. But though Jaime is determined to face her problem alone, nothing can stop her from wanting him.... As Beta, Dante is responsible for the protection and safety of his entire pack. If a wolf is hiding something that could endanger the others, it’s his business to know about it....

A great continuation from the first book. A hot, wild, raunchy sequel well worth a listen! 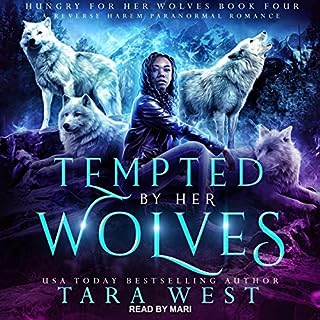 Used to her independence, Dr. Eilea Johnson represses her desires and avoids the four wolf-shifters claiming she's their mate. When a virus sweeps through the Alaska reservation, threatening to wipe out the entire shifter population, Eilea is their last hope for survival. As she races against time to find a cure, a demonic spirit threatening her life may force her to give in to the temptation she's been resisting but secretly craving.

This book is a good balance of well known characters and new perspectives. Bring on the pack life!