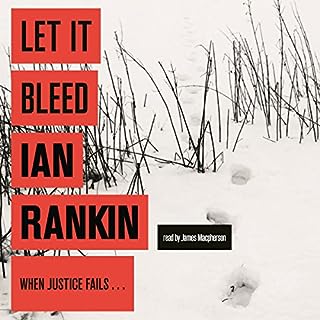 Struggling through another Edinburgh winter Rebus finds himself sucked into a web of intrigue that throws up more questions than answers. Was the Lord Provost's daughter kidnapped or just another runaway? Why is a city councillor shredding documents that should have been waste paper years ago? And why on Earth is Rebus invited to a clay pigeon shoot at the home of the Scottish Office's Permanent Secretary? Sucked into the machine that is modern Scotland, Rebus confronts the fact that some of his enemies may be beyond justice....

I read this novel years ago probably when it first came out. I have been finding it so hard to find decent audiobooks that I thought I would try this one again knowing that I would probably have forgotten most of the plot, which was indeed the case! What a treat it turned out to be, even second time around. Marvellous to listen to such a well crafted novel, full of well drawn characters and a great plot, beautifully read. The combination of great writing and great narration seems to be incredibly hard to find these days. I think I will need to revisit more of Ian Rankin’s back catalogue. 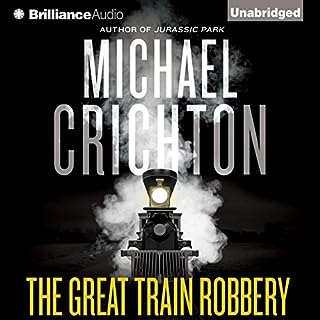 In teeming Victorian London, where lavish wealth and appalling poverty live side by side, Edward Pierce charms the most prominent of the well-to-do as he cunningly orchestrates the crime of the century. Who would suspect that a gentleman of breeding could mastermind the daring theft of a fortune in gold? Who could predict the consequences of making the extraordinary robbery aboard the pride of England's industrial era, the mighty steam locomotive?

I didn’t know what to expect from this novel, not previously having heard of Michael Crichton. I was drawn more by the fact that it was narrated by Michael kitchen. It turned out that these two Michaels together were a great combination. It’s a very curious book and could be regarded as flawed in several ways, but the overall effect was quite fascinating and entertaining and I really enjoyed it. Michael Kitchen’s narration was wonderful, as ever. Highly enjoyable. 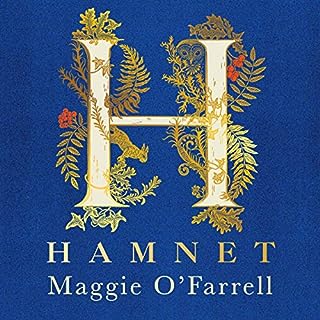 Drawing on Maggie O'Farrell's long-term fascination with the little-known story behind Shakespeare's most enigmatic play, Hamnet is a luminous portrait of a marriage, at its heart the loss of a beloved child. Warwickshire in the 1580s. Agnes is a woman as feared as she is sought after for her unusual gifts. She settles with her husband in Henley street, Stratford, and has three children: a daughter, Susanna, and then twins, Hamnet and Judith. The boy, Hamnet, dies in 1596, aged 11. Four years or so later, the husband writes a play called Hamlet.

I’ve only managed about half an hour of this book and I’m giving up. It really hasn’t gripped me in terms of the writing, plus the narrator has such a modern voice it just doesn’t sound at all right for the period in which this book is set. I keep coming across audiobooks with poor narration, it’s very frustrating. 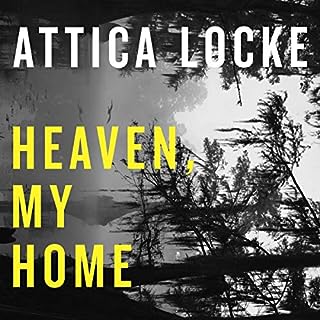 When the young son of an Aryan Brotherhood of Texas gang captain goes missing, Ranger Darren Mathews has no choice but to investigate the crime. Following the election of Donald Trump, a new wave of racial violence has swept the state. Dark, swampy and filled with skeletal trees, Caddo Lake is so large it crosses into Lousiana. This is deep country and the rule of law doesn't mean much to the Brotherhood, beyond what it can do for them.

This is the third or fourth novel that I have read by this author and she certainly tells a good tale. I continue to be appalled by the amount of racism that seems to exist throughout the USA, absolutely appalling. But the novel was well written, the plot absorbing and the narrator was excellent. 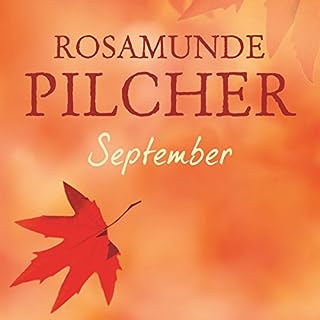 As spring comes to Scotland and the hills burst into life, a dance is planned for September. The invitations summon home the group of people Violet Aird has cared for most in her long life. The oldest, strongest and wisest of them all, she sees Alexa, her vulnerable granddaughter, find love for the first time while the decision to send her little grandson away to school is driving parents Edmund and Virginia even further apart.

During this time of lockdown I was looking for a long, easy listening novel and thought a Rosamond Pilcher would probably fit the bill. It did, to a certain extent although I did find the story increasingly unbelievable, but it’s very gentle and has a feel good factor. However, I must make a note to never, ever buy a book read by this narrator again. She completely ruined the novel with her exaggerated delivery, infantile and incredibly irritating. It was as if she was reading to a class of eight-year-olds. Her portrayal of any woman over the age of 40 seemed to turn them into ancient crones, just dreadful. 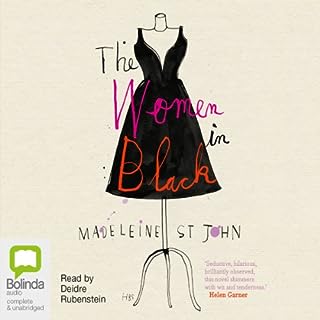 The women in black are run off their feet, what with the Christmas rush and the summer sales that follow. But it's Sydney in the 1950s, and there's still just enough time left on a hot and frantic day to dream and scheme... By the time the last marked-down frock has been sold, most of the staff of the Ladies' Cocktail section at F. G. Goode's have been launched into slightly different careers.

I have not heard of this author before, but the book was recommended to me. I enjoyed it as a light and entertaining piece. I thought the narrator was excellent. I’m not entirely clear why this is regarded as such a masterpiece, but it was fun and an interesting period piece
. 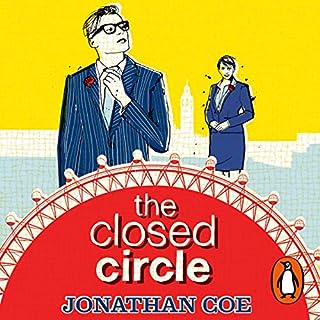 On Millennium night, with Blair presiding over a superficially cool, sexed-up new version of the country, Benjamin Trotter finds himself watching the celebrations on his parents' TV. Watching, in fact, his younger brother, Paul, now a bright young New Labour MP who has bought wholeheartedly into the Blairite dream. Neither of them can know that their lives are about to implode.

A good fun read from Jonathan Coe and a step up from The Rotters Club in terms of quality of writing - or perhaps it was just tighter editing. I am the same age as Coe so found this brought back so many memories, lots of very funny moments and plenty of cringeworthy ones too. Looking forward to listening to the next installment. 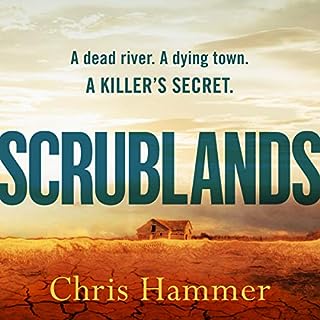 A dead river. A dying town. A killer's secrets.... In an isolated country town ravaged by drought, a charismatic young priest opens fire on his congregation, killing five men before being shot dead himself. A year later, journalist Martin Scarsden arrives in Riversend to write a feature on the anniversary of the tragedy. But the stories he hears from the locals don't fit with the accepted version of events. Just as Martin believes he is making headway, a shocking discovery rocks the town.

My first Chris Hammer novel, bought based on the good reviews, and I wasn't disappointed. A gripping story, only slightly far fetched in places with a satisfying denouement. Such a shame he decided to name his main female character Madalay Blonde though... 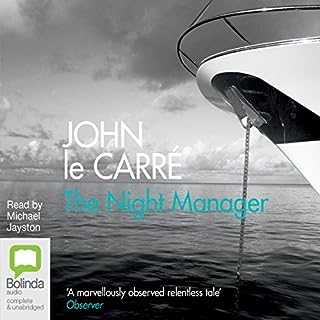 The night manager is Jonathan, a veteran of clandestine operations. In flight from a failed marriage and his own past, he has taken refuge in the luxury hotel trade. Yet he finds no escape from his demons. Driven by a desire for atonement and by an inherited patriotism, Jonathan allows himself to be recruited as a British secret agent with a mission to expose the murderer of the woman he himself betrayed. His odyssey takes him across Britain and Canada to the Caribbean and the jungles of Panama.

What a great read, le Carré at this best Wonderful atmosphere, scene seeing and plot. 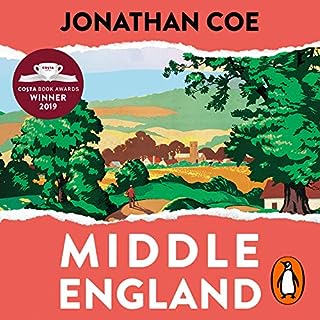 Beginning eight years ago on the outskirts of Birmingham, where car factories have been replaced by Poundland, and London, where frenzied riots give way to Olympic fever, Middle England follows a brilliantly vivid cast of characters through a time of immense change.

One of his best!

Moments of laugh out loud humour, a great array of characters and intertwining plot lines made for a most enjoyable listen. I'd already listened to the Rotters Club and The Closed Circle so it was happy to catch up again with Benjamin and his friends.
My only issue was with Rory Kinner's narration which I found irritating with most of the female characters sounding like Hinge and Bracket or pantomime dames with cracked falsetto voices.
I enjoy Jonathan Coe's writing style and share his political views, so I found his all very much to my taste. I find it more than a little ironic that so many of the negative reviews of this book are from Brexiteers who appear to have lost whatever sense of humour they might once have had. With Boris Johnson as PM you'd think they'd need all the humour they could get.