Great read, lets hope the film is as good

Really enjoyed this book, especially as a 'geeky' sort of person. The amount of pop culture references are brilliant and enhance the story. The only short coming I would say is the plot is a little predictable all be it a great conclusion to a brilliant story. 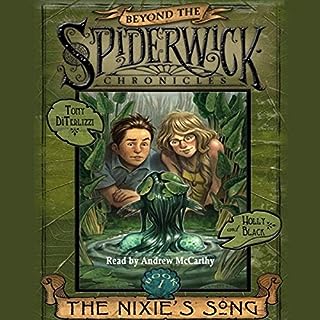 Eleven-year-old Nicholas Vargas thinks his sucky life has been turned upside down. His developer father has remarried and moved his new wife and daughter into his home in the soon-to-be-completed Melgrove Hollow. So, not only has Nick lost his bedroom to his wacko new step-sister, Laurie (who lugs around this huge book about faeries and wishes her name was Lauranathana...C'mon! How lame is that?!), but his father actually wants him to spend time with her.

Read this book when I was a child and I remember why I didn't read it again for a while. Real good story still though