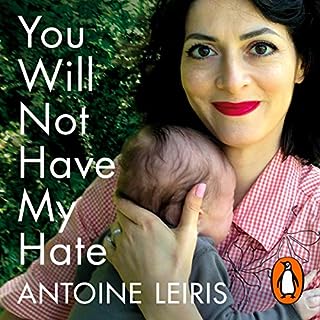 One night last winter, Antoine Leiris was at home looking after his son while his wife, Hélène, was at a concert with friends. Suddenly he started receiving text messages asking if he was okay. Turning on the TV, Antoine watched the terrorist attacks in Paris unfolding around him and tried to call Hélène. She didn't answer. That night Hélène was killed, along with 88 other people, at the Bataclan Theatre. Three days later Antoine wrote an open letter to his wife's killers on Facebook. He refused to be cowed or to let his 17-month-old son's life be defined by their acts.

What a courageous man?
I admire his strength and wish to be loving like him!
Condolences to him, his son Melvil and his family for their loss. In addition to his wife - Helene, 89 other people were shot dead and 200 wounded; condolences to those family too. 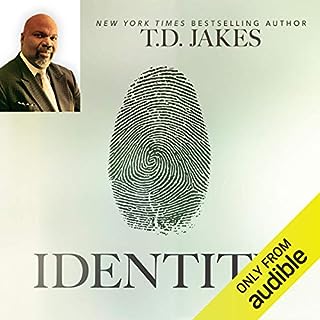 You have been uniquely created by God to fulfill your divine purpose! In a day where so many people are frustrated, looking in different places to discover their life purpose and true meaning, you have the answer. Look no further than who you are! In Identity, TD Jakes reminds you that the key to finding your purpose is rediscovering the person you were made to be!

straight to the point

A short audio book, succinct in its context. This book affirms the principles of diligence in everything with the seemingly small things as well as the big. Such positions are training and waiting grounds for the manifestation of our true callings. 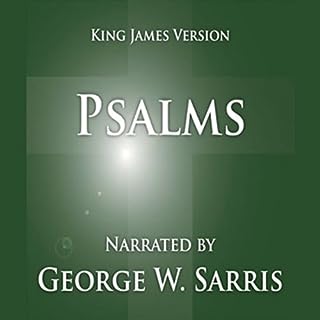 George W. Sarris is an accomplished actor, narrator, and spokesman. He served on the Board of the Screen Actors Guild in Boston, and has been a spokesman for radio and television commercials and industrial films for companies such as AT&T, BMW, Burger King, Duracell, Honda, Pizza Hut, Sprint, and UPS. Mr. Sarris holds the degrees of Bachelor of Science in Speech from Northwestern University, and Master of Divinity from Gordon-Conwell Theological Seminary.

I like this audio version of KJV Bible - the Psalm

If anyone is limited with time or struggling to get through certain books or the Bible in general, then I recommend audio books like this one. Simultaneously, I listened to and read the Psalms at the same time. I was able to pause and so forth. Within no time I had finished it.

The only thing that should in this audio version is the reading of subheadings. 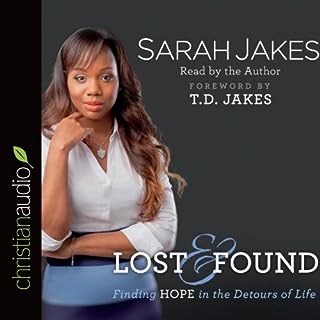 Like every girl, Sarah Jakes dreamed of a life full of love, laughter, and happy endings. But her dreams changed dramatically when she became pregnant at age 13. Sarah's captivating story, unflinchingly honest and deeply vulnerable, is a vivid reminder that God can turn even the deepest pain into His perfection. More than a memoir, Lost and Found offers hope and encouragement. Perhaps you, like Sarah, find yourself wandering the detours of life. Regardless of how lost you feel, you, too, can be found.

I marvelled at the author's - Sarah Jakes' maturity, which is clearly didplayed through her life experiences, how she has responded to the challenges and the person she is today.

I'm in awe of her parents for that unconditional love, through which they re-gained their daughter.

Like the prodigal son, Sarah was accepted and embraced each time she went home.

Sarah's story offers hope to those who are struggling in their lives. 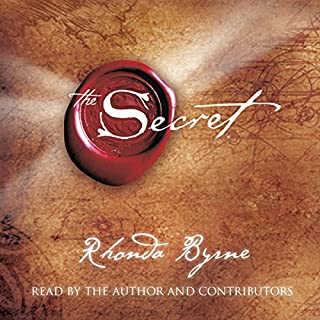 Longlisted for the Audiobook Download of the Year, 2007.
It has been passed down through the ages, highly coveted, hidden, lost, stolen, and bought for vast sums of money. Fragments of this Great Secret have been found in the oral traditions, in literature, in religions and philosophies throughout the centuries. In this audiobook you will discover the Secret, and you will learn how to have, do, or be anything you want.

The content is too much self driven, self focused. No real acknowledgement to the sovereignty of God, His Mercies and Grace.

The absence of God throughout the story makes it sound a bit too self motivational and new age. 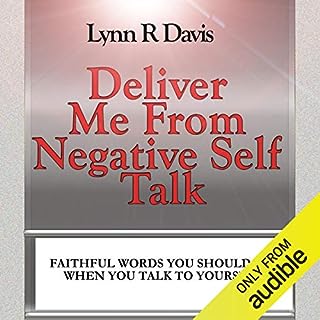 This is a unique book that contains daily devotionals and sample negative self-talk guides as well as positive self-talk examples. All scriptural based phrases will help you declare life instead of speaking negatively (death) over yourself and the ones you love. Learn what you should say when you talk to yourself as well as what to say about others. Speak powerful faith-filled words. Speak life!

my perspective of this book by Lynn R Davis

I did not like the narrator's voice. It sounded computerised, but got used to it after a while into the book.

In terms of the book's content, I'd compare it to a pamphlet rather than a book, as I thought it lacked depth.

However, maybe it is suited to some age groups better than others.